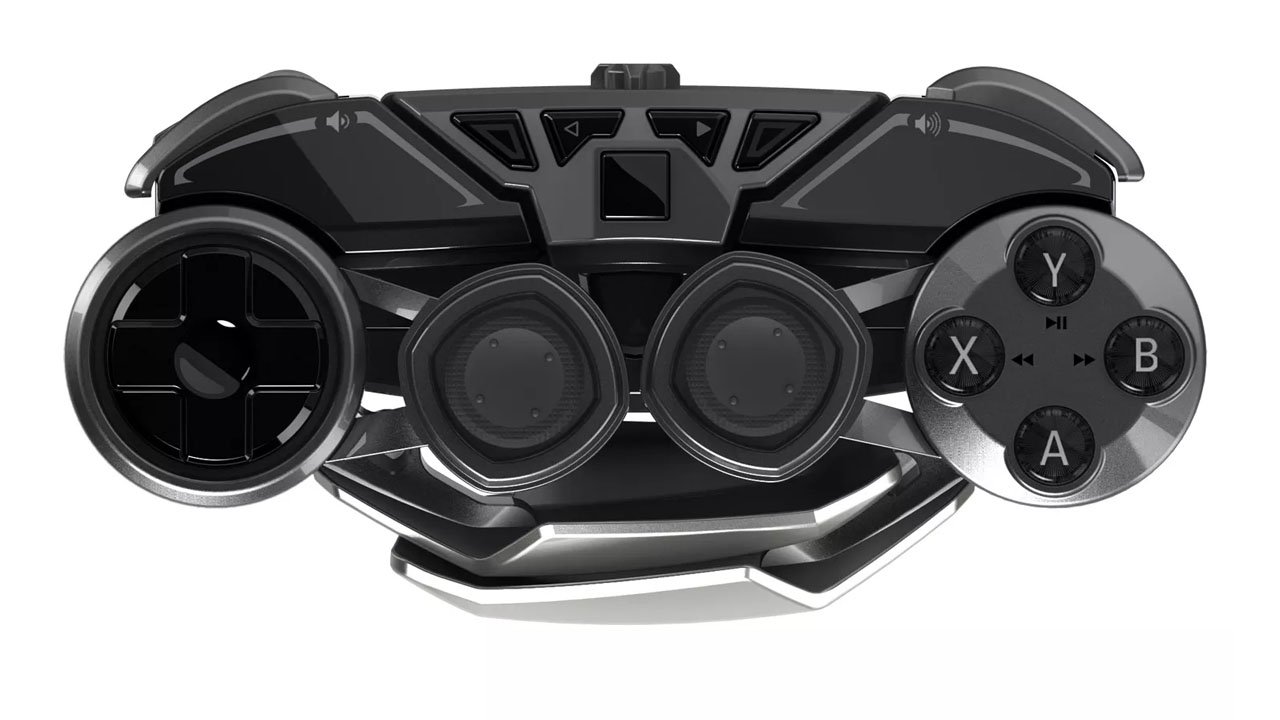 I’ve never really been an advocate of mobile gaming. Not that I don’t think it has the capacity to be a gaming platform; the domination of the “freemium” model never let mobile games evolve past Angry Birds and that in turn is reflected in how many games need a controller. While I hear a lot of people use console emulators on their mobile, it would be better played on a proper console with a proper controller.

The L.Y.N.X 9 fits the basic Xbox One/PS4 design, however is much smaller, which makes sense to compensate for smaller phones. The controller comes in pieces and can be assembled for smartphones or tablets (however, it does not fit all tablets and anyone with a Windows Surface will be out of luck), and also makes for relatively small storage. It’s mostly metallic, and very jagged which, while very sturdy, can start to be very uncomfortable in long sessions; this can be found mainly in the “legs” of controller (the part that sits in your palms). The L.Y.N.X 9 comes with two pieces that can be attached to the legs for “added comfort,” but if you have the keyboard attachment in place, the slightest amount of pressure will dislodge them.

The controller comes equipped with a clip to attach phones to the top, or users can remove either side to attach it to a special clip for tablets, resembling Nintendo’s Wii U gamepad controller. However, buttons and shoulder triggers feel stiff and the two thumbsticks swing wildly. The controller uses Bluetooth to connect to your phone, and that’s arguably the only feature that worked best. The controller also comes with a companion app that, while it is functional in adjusting the settings and sensitivities of your controller, I found a bit confusing since the button that opens the menu to access these settings is the Mad Catz logo. I can see how it’s playing on the standard three lines that most menus have, but as the logo, I saw no reason to click on it. The app also gives you a marketplace for all games compatible with the L.Y.N.X 9.

My main problem with the L.Y.N.X 9 is there’s no clear indication on whether or not the controller is working. When turning it on, there is a button on the top right that, upon pressing, switches between red, blue, or pink LEDs. At first, I had no idea what this did, nothing in the companion app told me, and nothing on the box did either. Apparently, as I discovered later, this controls the varying degrees of button functionality, as it seemed to be barely functional as was seen playing Asphalt 8.

I think it has something to do with how the R1/R2 buttons double as volume control and other buttons have different functionality with the phone. But it raises the question, why would I need controller buttons to do things on a touch screen smartphone?

I tried the L.Y.N.X 9 with two games: Asphalt 8 and Max Payne. My initial experience with Asphalt was marred by the aforementioned button control, however; upon playing the mobile port of Max Payne, I luckily got the controller to function, but only just. It certainly did make the mobile port of Max Payne playable (it was not optimized for mobiles), however; this was still fairly unpleasant due to the stiff triggers, which needed to be pressed especially hard to activate “bullet time” and the sticks were extremely touchy. I would say for games like Max Payne, the GTA mobile releases and other games that were designed for controller support, the L.Y.N.X 9 is pretty serviceable.

Overall, I cannot recommend the L.Y.N.X 9. While it’s a pretty well-built peripheral, albeit with a few technological shortcomings, it’s mainly the price that cripples it. Standard retail for the L.Y.N.X 9 is $300, and that’s a little ridiculous for an add-on to a platform that really has no need for controllers. For $300 you could get two New 3DSs (which you should do)! The quality of games would be substantially higher.

The L.Y.N.X 9 fits the basic Xbox One/PS4 design, however is much smaller, which makes sense to compensate for smaller phones.