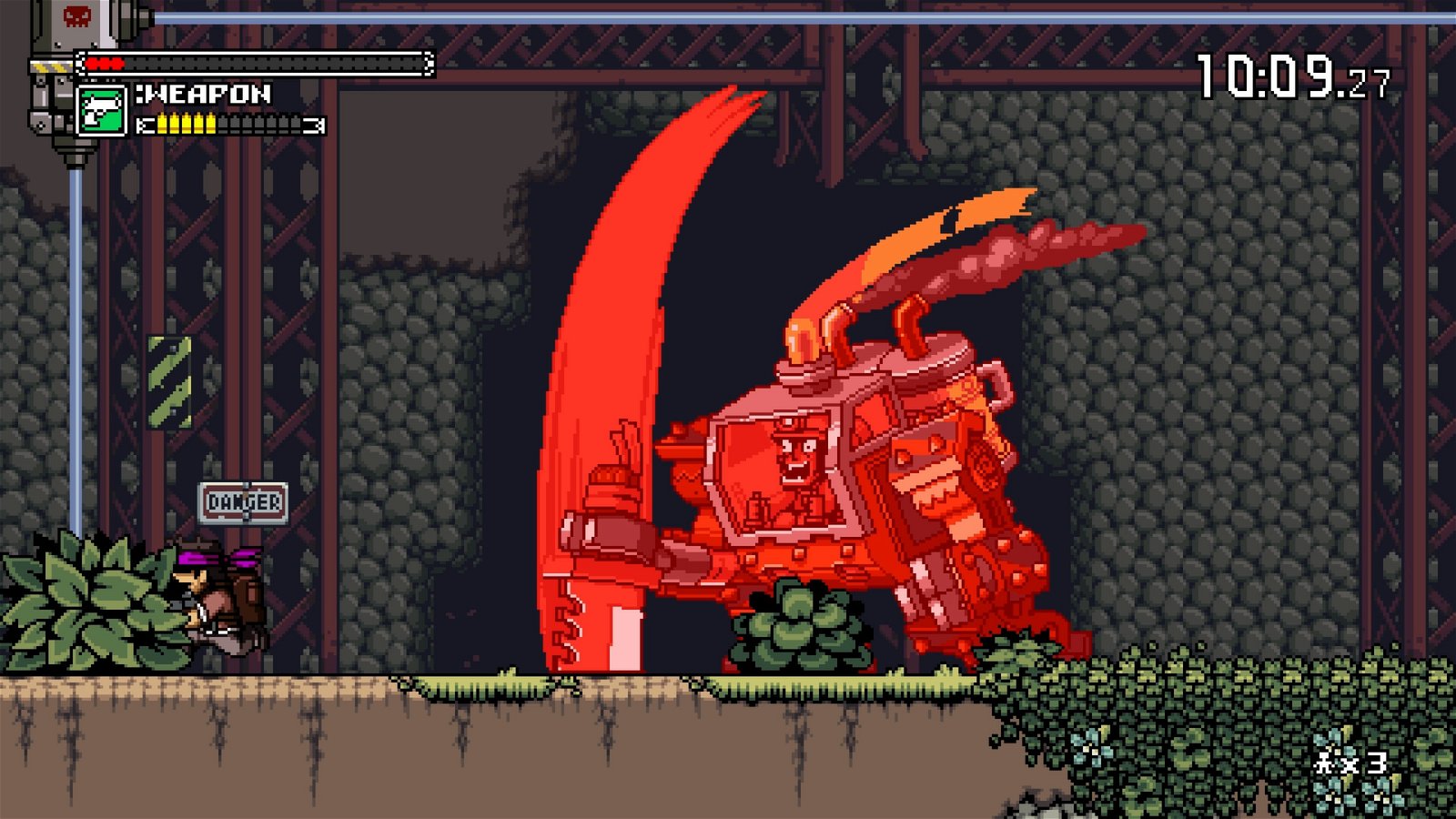 If you haven’t been living under a rock for the past twenty years, then you have certainly heard of Metal Slug. From its pixelated graphics to the intense action platforming, Metal Slug marked one of my prime eras in gaming. While we don’t quite have a new Metal Slug instalment just yet, we do have the new Mercenary Kings Reloaded for the Nintendo Switch. The retro throwback managed to give me the feeling of fully rejoicing in gaming’s golden era while adding just the right amount of newness to make for a wholly engaging experience.

In Mercenary Kings Reloaded you fight an evil group called CLAW who are armed to the teeth and proud of the dictatorship they’ve established on an island. While the narrative itself can feel cliché at times, it develops as your progress through the campaign, introducing new maps and enemies that all give the player a thrilling reason to keep charging through on this roughly 15-hour journey.

As mentioned in the beginning of this review, Mercenary Kings Reloaded feels reminiscent of the Metal Slug franchise from the very start of the game. Its 2D side-scrolling action-platforming includes everything that a player would expect from a title in this genre: sharp-shooting with incredible weapon variety, tough as nails enemies, and a variety of missions so that even when set in a map that you’re more than familiar with, gameplay feels fresh and thrilling.

Yet beyond its similarities to Metal Slug, Tribute Games had a genius take on the genre, by implementing systems that I had never thought of, but ended up becoming overly-satisfactory. One of these systems is looting, where it allows players to hunt animals, find chests, or replay missions in order to gather materials. In return, these materials allow players to craft new weapons and armor, giving Mercenary Kings Reloaded light RPG aspects that make its gameplay feel entirely rejuvenated.

Besides its narrative and action-packed gameplay, Mercenary Kings Reloaded has an art-style that is simply jaw-dropping. From the gorgeous pixelated graphics, to music that feels so satisfying to listen to that I couldn’t stop jamming alongside it, Tribute Games simply knows how to make a game that brings a retro feel, without necessarily being retro.

It may just be nostalgia, but for its price, Mercenary Kings Reloaded feels like a perfectly fair package. Not only does it offer tons of content that can be replayed at any time in co-op, it also packs in innovative additions that ultimately result in more content for players to enjoy. If you have a Nintendo Switch, PS4, Xbox One, PC, or a PSVita, and have missed Metal Slug  in the slightest, then Mercenary Kings Reloaded is a must needed addition to your collection.

Liked this article and want to read more like it? Check out Pedro D’avila’s latest findings on The Secret of Mana Remake’s Switch port, and TennoCon 2018’s announcement!

It may just be nostalgia, but for its price, Mercenary Kings Reloaded feels like a perfectly fair package.