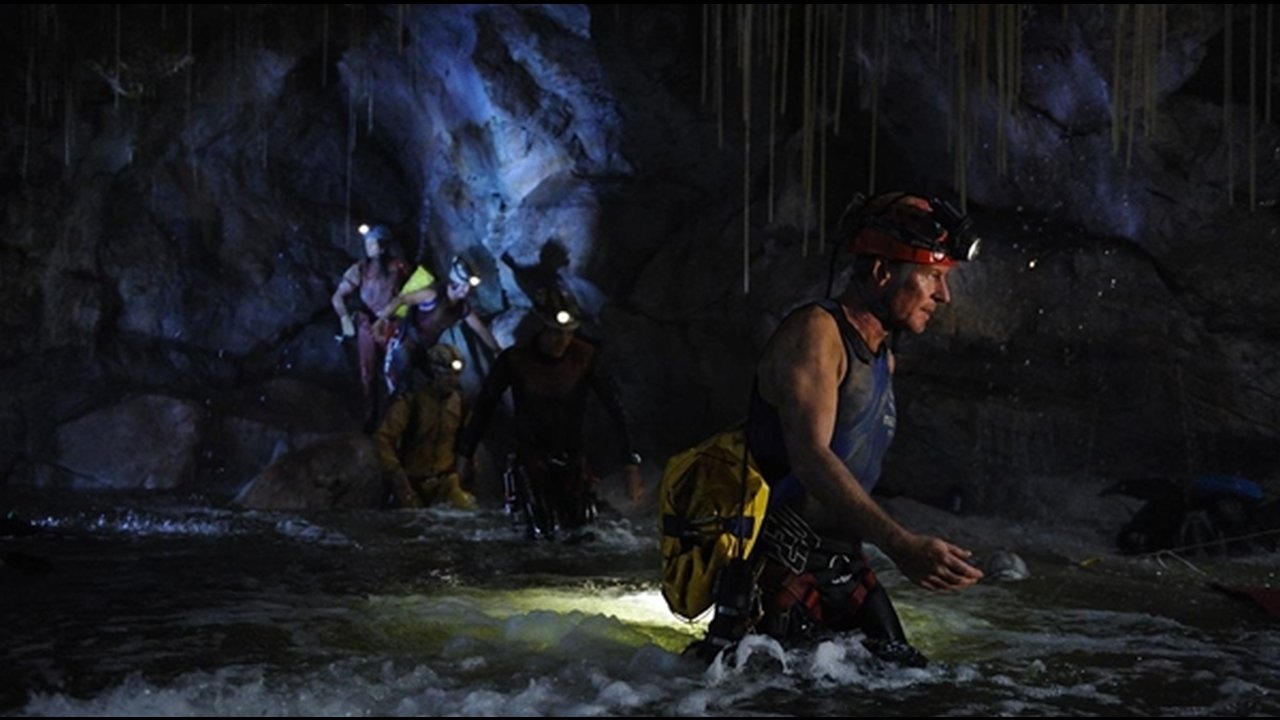 James Cameron’s name is plastered all over the marketing material for Sanctum, but that’s more of a sign of desperation for a studio hungry to get Avatar-loving bodies into the theater than an insignia of quality. Cameron produced the film and the special 3D cameras he developed are used to create massive immersive imagery. Mere minutes into the film the audience is treated to sweeping helicopter shots of rolling landscapes and scenes of actors diving into what’s supposed to be the world’s largest cave. There’s an undeniable “wow” factor to these and many other moments in the film and a 3D highlight reel of Sanctum could make for a pretty solid 30 minutes of entertainment. Unfortunately, feature length movies need to have pesky things like “stories” and “characters” and that’s where Sanctum fails miserably.

Avatar’s screenplay may have been filled with bonehead philosophy and clunky dialogue, but at least it was a clean piece of storytelling. The special effects may have been the reason that millions of people bought tickets, but a simple universal story that they could follow kept them from dozing off between set pieces. Sanctum can make no such claims. It’s based a incredible true story of human resilience about a group of cave divers trapped hundreds of feet below the earth in a waterlogged uncharted cave and forced to swim and climb their way to the surface with limited resources. In theory, that’s a perfect true life adventure story filled with underwater photography and deep foreboding caves practically designed for 3D. Presumably that’s why Cameron and Universal threw their weight behind the project. Too bad that while everyone was getting excited about the pretty pictures and piles of money that could be made, no one bothered to come up with a passable script.

Instead audiences are forced to sit through an insufferable story about a sensitive son connecting with his absentee cave-diving father who loves big gaping rock holes more than people. Rather than focusing on, you know, underwater life and death adventures, the filmmakers expect audiences to care about these two useless characters and a few roaming hangers on who are there just to die at dramatic moments. It’s the type of film where characters say lines like, “life is not a dress rehearsal” and embarrassed actors have to deliver them earnestly. When the father teaches his son Coleridge’s Kubla Khan while squeezing through a tight crack, you’ll want to puke (especially since the opium-induced poem has no connection to the characters, plot, and themes of Sanctum whatsoever). When the son repeats the poem several more times, you’ll want to rush to the concession stand and buy more popcorn just to puke again.

Australian Alister Grierson was appointed to direct this crap heap despite having only one film to his name (2006’s Kokoda. Don’t worry if you haven’t heard of it, no one has). He populates the cast with many fellow countrymen who have been good in previous movies, but have nothing to work with here. In quiet moments it’s clear that Richard Roxburgh was a strong choice to play the grizzled ineffectual father, but every time he opens his mouth to deliver the next screenwriting 101 cliché, the illusion is lost. Titanic and Fantastic Four veteran Ioan Gruffudd is the token American, essentially playing Paul Riser’s slimy businessmen from Aliens so ineptly that you’ll wish the Mad About You star had been brought out of retirement to reprise the role. All of the actors are little more than foreground material for 3D effects and while they might be terrible, they can’t really be blamed as the filmmakers obviously paid little attention to anything other than the technical aspects of this movie.It really is a shame that the Sanctum’s script is so terrible. There is a standout 3D image in the film every few minutes and if even a passable story had been in place the movie would have been memorable. For one thing, the film is mercifully CGI free with actors and stunt men actually putting themselves into the dangerous scenarios played out in the story. There’s a very tactile physical feel to the action and suspense sequences that just isn’t seen on screen anymore and can be quite stunning. It’s easy to be impressed by the imagery on display, but without anything or anyone to invest in emotionally, it’s all for nothing. Hollywood has to be very wary about movies like Sanctum. Based on any other criteria, it’s an embarrassment. It’s not worth the inflated ticket price. Just go on a 3D theme park ride instead. At least those are over in less than ten minutes.

Hollywood has to be very wary about movies like Sanctum. Based on any other criteria, it’s an embarrassment. 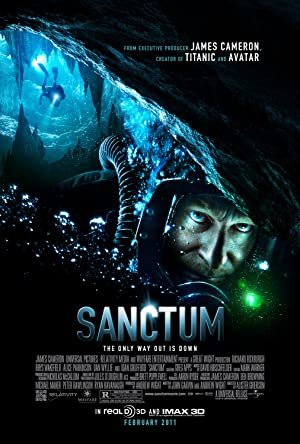