To be honest, Dark Skies is not particularly strong movie or even a very memorable one.

But this time of year all of Hollywood’s new releases are mildly entertaining timewasters at best, so at least it fills one of those empty slot well. The movie comes from Blumhouse Productions who previously brought you Insidious and Sinister and it’s another slice of suburban horror that fails to break new ground or redefine the genre, yet feels better than most Hollywood horror fare simply because it fulfils basic genre expectations. At least this company actually seems interested in horror movies rather than simply slotting them into the production slate for a quick buck. Dark Skies bring back alien abduction horror after a long absence following the genre’s 90s heyday of X-Files conspiracies and Unsolved Mysteries nutballs and simply because that hasn’t been done in years, this average entry in that subgenre plays pretty well. 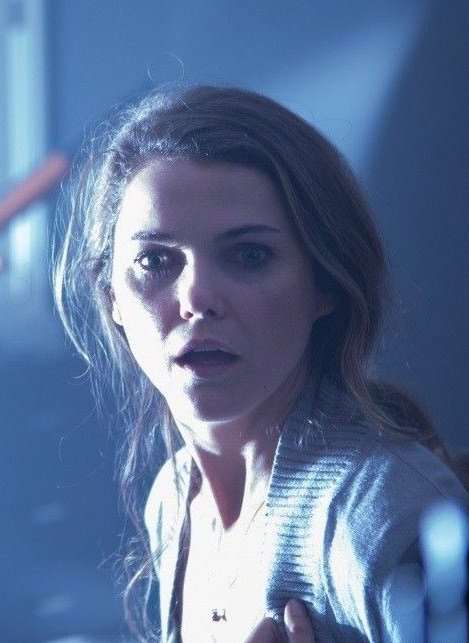 Plotwise, you’ll be following Josh Hamilton and Keri Russell’s semi-struggling middleclass parents with all the financial woes and gentle emotional problems that define relatable characters in Hollywood these days. They’ve got two sons: one who is semi-awkwardly stumbling into adolescence (Dakota Goyo) and another who is a precocious pre-teen (Kaden Rockett). That’s important to note because strange things are about to happen in the house and the kids will be the focus since that’s how a horror movie works. Rockett starts waking up in the middle of the night and wondering around unconsciously and before you know it the entire family does the same. Then one awful day the disturbances kick into high gear when an entire flock of birds crashes into the house unexpectedly. It’s all quite odd and creepy, feeling like the set up to another Blumhouse haunted house flick. However, the family is not haunted by ghosts, they’re plagued by something else. Any thoughts? (hint: I said aliens in the last paragraph).

The best material in the movie comes in the first hour as the creepy events pile up for the family. Russell suddenly can’t speak during a sales pitch and starts banging her head on a window without warning, while Goyo levitates and has seizure in the middle of the woods, and both kids end up covered in scars that grab the attention of child protective services. It’s a nice n’ creepy set up that writer/director Scott Stewart handles well. The eye-poisoning CGI overkill of his other movies Priest and Legion thankfully isn’t possible with a Blumhouse budget and Stewart proves to be a decent genre filmmaker when reigned in. Beyond the decent scares, he even manages a few stabs at amusing adolescent honestly through Goyo’s character who tries to seduce his first girlfriend using lines and techniques pulled from porno. Realism is not really Stewart’s as a writer, but a couple of nice scenes like that slip in that are handled well by the cast. Good acting is a staple of the Blumhouse joints so far and that goes a long way in selling a big, silly, scary movie.

Once alien abduction enters the movie things get even sillier as the inevitable conspiracy theorists join the party. Fortunately this too is handled surprisingly well as Dark Skies has JK Simmons (AKA J. Jonah Jameson from Sam Raimi’s Spider-man movies) pop up as the alien obsessive who explains the plot to the central family and he manages to turn a character designed to regurgitate exposition into a memorable screen presence. After that, Stewart settles into an inevitable alien suburban siege finale complete with Home Alone traps and shotguns. Like everything else, his climax delivers the goods without ever feeling special. It’s hard to know how to rate a movie like Dark Skies because it’s neither weak enough to rip apart or strong enough to droolingly praise. This flick is what it is and sadly, just getting a passable thrillride out of a Hollywood horror production feels like a pleasant surprise these days. Don’t expect much and you’ll be pleasantly surprise. That’s not exactly high praise, but sadly during the mid-winter dumping ground that’s as good as movies get.

To be honest, Dark Skies is not particularly strong movie or even a very memorable one. 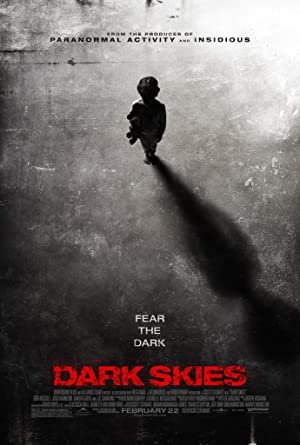