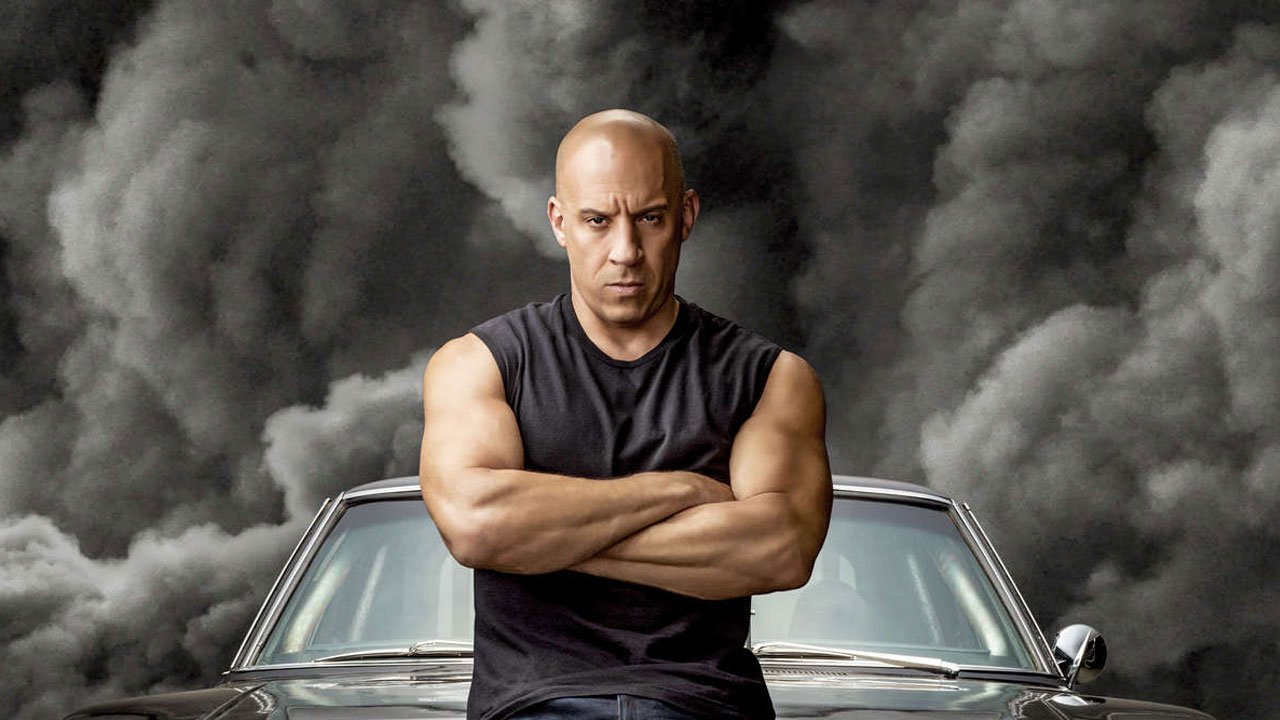 Right off the bat, this review might be slightly biased, since this was my second post-vaccinated film in theatres, a privilege I took for granted before the first COVID-19 lockdown started. The last movie tickets I bought in March 2020 were A Quiet Place Part II and Bloodshot, the latter starring Vin Diesel. It was only fitting for my first two post-vaccinated public screenings were A Quiet Place Part II and F9, starring Vin Diesel.

After all, it’s Diesel himself that told us about the power of “da movies,” explaining that “for more than 100 years, there’s one place where we all came together to be entertained, to escape, to go someplace new. […] There’s nothing like that moment when the lights go down, the projector ignites, and we believe.” “We believe” indeed, because with a film like F9, there’s no way it can be enjoyed without suspending your disbelief. A film franchise that admirably started as Point Break with cars, and then morphed into car heist flicks, until it decided to (quite literally) jump the shark with its physics defying “cars don’t fly” sequence in Furious 7, in which Dom Toretto (Vin Diesel) jumps between three skyscrapers with his car.

Its subsequent installments, The Fate of the Furious and Hobbs and Shaw, became glorified superhero flicks, with Dom Toretto and the Fast crew able to confront death-defying situations without a scratch on their body or anyone dying. If they die, they come back. First, Letty Ortiz (Michelle Rodriguez) in the sixth installment, now Han Lue (Sung Kang) in F9. There’s only one explanation to all of this: they’re Gods. If we know they will accomplish their mission without a scratch on their bodies and/or dead characters coming back, then they are Gods.

Even Roman Pearce (Tyrese Gibson) tries to test the theory that they’re invincible and points out to the characters that they have escaped more improbable situations than your average Marvel superhero. You either suspend your disbelief or enjoy the highly improbable ride in front of you or you criticize how “ridiculous” the franchise has become. What do you expect from a ninth installment in a franchise that’s overstayed its welcome and should’ve ended as Dom and Brian O’Connor (Paul Walker) “parted ways” in the seventh film? You can only do “bigger and more over-the-top,” because what else can you possibly do to impress your audience?

Oh, right, you send Roman and Tej (Ludacris) to space. We’ll get to that in a minute. The Fast Saga has always been about “family,” to the point that their most dramatic sequences have become particularly laughable. The Fate of the Furious tried to make Dom turn evil, and ultimately failed, due to “family issues”, and now F9 brings the “long lost brother” storyline in John Cena’s Jakob—someone we’ve never heard of before and conveniently shows up during the crew’s mission in Montequinto, as they retrieve a thingamajig (or MacGuffin) from Mr. Nobody (Kurt Russell)’s plane, which crashed. What is it? Some sort of device able to implant a virus in the computers of the world to bring about nuclear Armageddon. How original. But it doesn’t really matter, and none of the family stuff does either. We’re here for “da movies” and the experience of watching a big, loud, dumb action movie that never once takes itself seriously. In that regard, F9 absolutely delivers a big screen experience unlike any other that wholeheartedly deserves the trip to the cinema (if done safely, of course.)

Bringing Justin Lin back in the director’s chair was the movie’s first smart choice. His visual panache as an action filmmaker refined itself during the final battle of Fast Five and the incredible superheroics of Fast & Furious 6. F9 is his most visually complete yet, blending 35mm film for flashback sequences and digital cinematography in the “present day” seamlessly. Whilst the film’s flashbacks have a rather soapy quality to them, putting the F in Family more ways than one, the real star of the film is the grandiose spectacle Lin puts in his action sequences. Want to see a car fly through a broken bridge by using a rope? Or the Fast crew using large magnets to attract other cars and topple a heavy truck? Or a car that can go…to space?

As preposterous as everything sounds, every action setpiece has this amazingly cathartic quality to them, in part due to Lin’s keen eye for the visceral and Stephen F. Windon’s gorgeous cinematography. A neon-colored filled fist fight, involving Letty, Mia (Jordana Brewster) and Elle (Anna Sawai), is the perfect example of blending a distinct visual style alongside meticulously choreographed fight moves. The hits are tactile and precise, with the camera moving at the pace of the fighters, with a tracking shot where Letty topples a Henchman out of the window being a particular highlight.

“I still have no idea what it does, testosterone-fueled Gods who are able to topple a parking lot by tapping on a cracked spots…”

If you’re going all out with over-the-top and preposterous action, you’ll need to have a visually arresting style, otherwise it’s just “substance over style.” Lin can hit the right amount of style and substance for our God-like figures to perform daunting feats of derring-do, with them feeling completely plausible in the universe of the film. Oh, so you thought that the Fast & Furious franchise was set in the “real world”? I mean, a shadowy “agency” that I still have no idea what it does, testosterone-fueled Gods who are able to topple a parking lot by tapping on a cracked spots, dead characters that don’t die, the whole nine yards.

It’s not “real life” stuff, but definitely set in an alternate timeline in which car-Gods rule the world and save the world through the power of improbable fate and family. As far as the “family” stuff go, it’s terribly facile; Dom and Jakob have daddy issues, and none of their confrontations (whether in flashbacks or in the present) are in any way compelling. Yes, Diesel gives a better performance than his usual mumble-schtick, and Cena does carry a menacing presence, but none of them carry any emotional weight. It’s particularly laughable to see Dom underwater with his arms opened the same way as a crucified Christ, as if to tell us that he’s the “Jesus” and the Fast crew are his disciples. Applying Christian reading or mythology to the Fast & Furious saga would likely explain why they can do what they do without getting a scratch on their body, and makes the entire film feel far more entertaining.

“There’s one thing I must admit, however: I did not care for the plot.”

There’s one thing I must admit, however: I did not care for the plot. But I was not here for the plot. The thingamajig is useless, Cipher (Charlize Theron) is here for…revenge? I guess? It’s terribly unclear and the “emotional” flashbacks in which we learn the truth on Dom and Jakob’s relationship as brothers are terribly haphazard, with some of the most unconvincing acting I’ve seen all year. Heck, a de-aged Vin Diesel would’ve performed better than…whomever the hell played Young Dom. No offense to the actor portraying him, but a poor man’s imitation of Vin Diesel shouldn’t be the way of portraying Young Dom, but we should rather see a younger and more personal side to Dom instead of the same performance by a B-list actor. But why would you be here for the plot? You already know they’re going to save whatever the hell they’re going to save through some highly preposterous action setpieces, so why not suspend your disbelief and throw any logic out of the window and enjoy the cinematic experience of your life that’s about to unfold?

The performances aren’t the greatest, minus Sung Kang’s terrific (and welcomed) return as Han, and Tyrese & Ludacris who share the best chemistry in the entire franchise as Roman and Tej. The pair is joined, this time around, by Ramsey (Nathalie Emmanuel), who brings some great comedic levity to the already funny Roman/Tej duo, and finally gets in the wheel for the first time in an excitingly vibrant chase scene involving Jakob and Dom. Another welcomed return are the three main characters of Tokyo Drift, with Lucas Black, Bow Wow and Jason Tobin reprising their roles as Sean Boswell, Twinkie and Earl Hu, respectively. Both of their scenes, with Roman and Tej, make for great comedy and add some humanity to the Fast crew’s mythic feats.

Mythic, because it’s virtually impossible for a car to literally go into space. While the sequence isn’t as over-the-top as we would’ve hoped, it’ll likely be the farthest the franchise will get in performing such as far-fetched setpiece like that. The space scene is also proof that Fast & Furious works best when it’s only set on Earth; because you can do lots more by playing with gravity instead of being stuck in a Zero-G environment. When the climax hits, everything that has been set-up in previous films in terms of style gets thrown out of the window, with Lin preferring a more sleek visual style, with a camera in constant movement with the actors, who use cars, guns and magnets to defeat the “bad guys” in the most creative ways possible.

Fast & Furious has never gimped on creativity to make its action sequences pop and feel distinct from other tentpole blockbusters—and F9 brings the Fast Family to territories they’ve never been before when it comes to action and grand spectacle. It’s not without its flaws, obviously, but you can clearly dismiss them, turn your brain off and have an amazing time at “da movies.” It’s THE movie of the summer destined to get audiences off their couch, in their cars and in the theater for a collective experience unlike any other. And audiences who have been craving a big screen experience will get their fix with this highly stylized, wonderfully baroque entry in The Fast Saga. In his review of Zack Snyder’s Justice League, Matt Zoller Seitz ended it with these three sentences: “It’s maddening. It’s monumental. It’s art.” That same combination can be applied to describe F9, a film completely aware of what it is and what it sets out to accomplish, while bringing in the goods in a purely visual and aural standpoint. And that, my friends, is what I would call art. Cinema is back, indeed.

F9 Is Highly Improbable, and Completely Stupid, but Doesn’t Shy Away from Its Inconsistencies and Delivers Great Cinema in the Process. 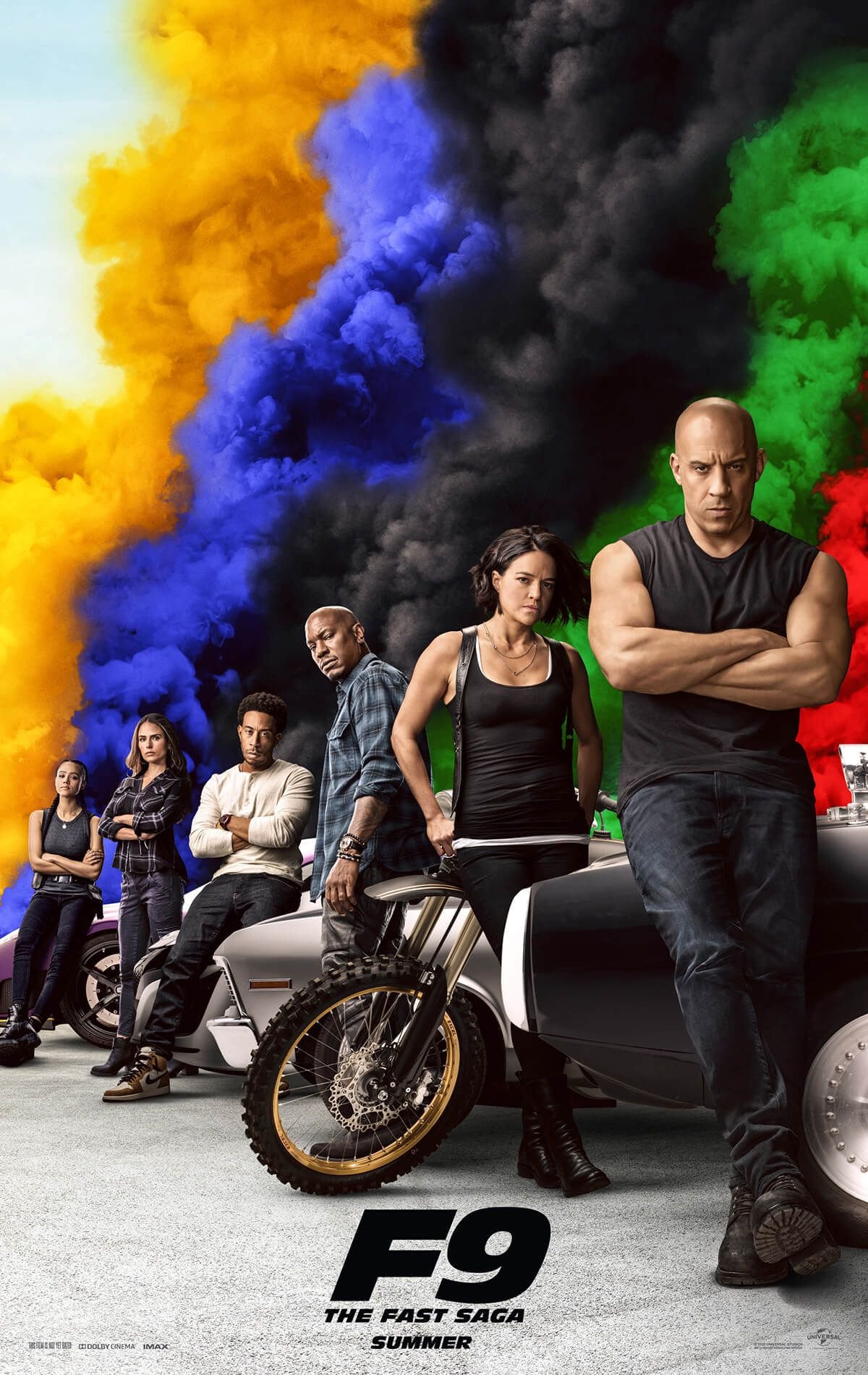