A flip on the possession flick that takes you through the sc
SCORE: 6/10 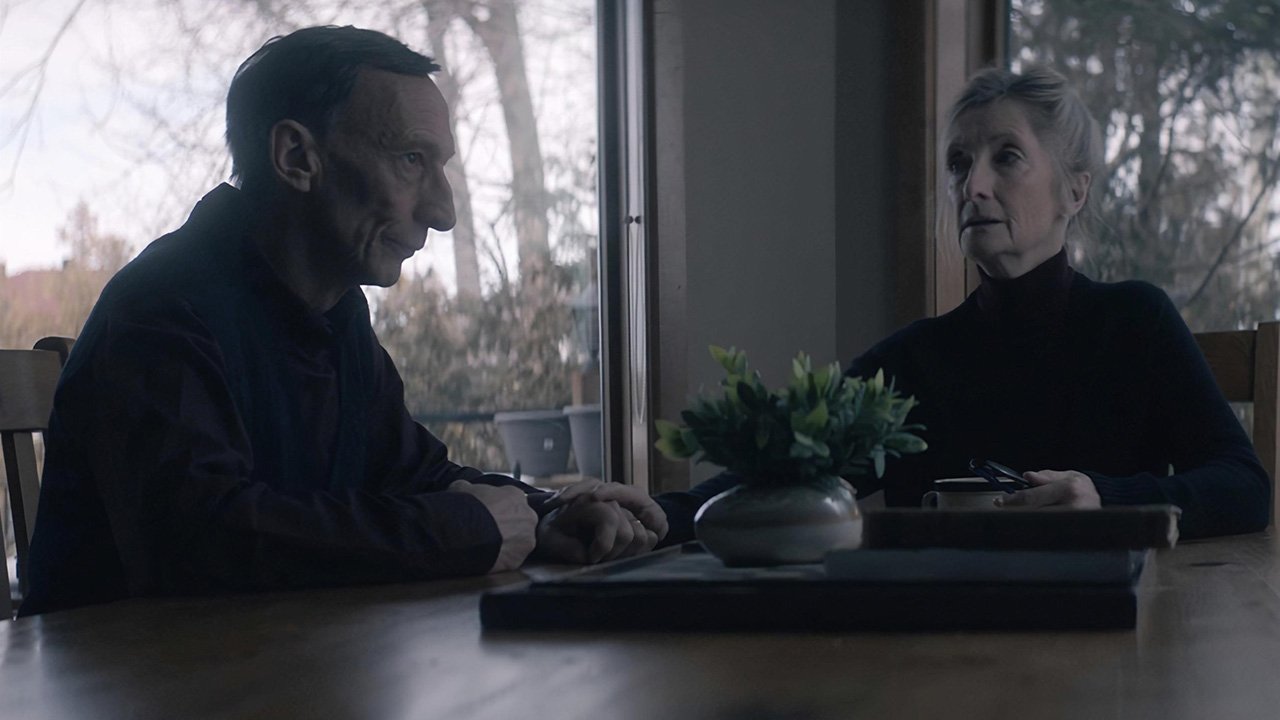 Audrey (Sheila McCarthy) and Henry Walsh (Julian Richings) are grieving the loss of their grandson, Jackson. As their grief pushes them further to the edge, they find themselves enamoured by a group of Satanists, and join their church to learn how the Dark Lord could potentially bring back their grandson. They acquire an ancient spell book and plot to use a pregnant woman’s fetus as a vessel for the spirit of their late relative. Henry, a doctor, exploits his access to pregnant people and their personal history to select a vessel, Shannon Becker (Konstantina Mantelos), whom they kidnap and prepare for their ritual. Having thought of everything, in the way an elderly couple with no previous murderous exploits would, they sound proof the room, translate the book best they can, and set up the cover story and escape plan for them and the resurrected child. But when the would-be disciples of the Devil make the mistakes you’d imagine a rookie set of grandparents might, they open doors they didn’t intend to and find themselves fending off dark spirits seeking the shelter of any vessel.

What begins as a an exorcism style movie morphs into a haunted house terror. The first act feels like it sprinted to the end of Rosemary’s Baby and is immediately a story of aged Satanists and an unwilling pregnant woman. But as the story unfolds, and spirits begin populated by a gaggle of creative monsters. The illustrious house the Walsh’s call home becomes filled with a list of monsters whose nicknames you’d expect to hold up against Insidious’ Lipstick Faced Demon or the monsters from each season of Channel Zero. There’s a well created group of effects from acting (a contorted demon being suffocated by a plastic bag appears), practical effects and makeup, and CGI. The delicate marrying of these styles leaves for a house full of nightmare fuel that creates enough interest for the second act of the film.

The second act is where the film slows down, and though the monsters are terrifying and interesting, it switches to a haunted house film in a way that stops the main story in its tracks. The rules are unclear and the ritual is sidelined for a story about evading ghosts. Though, the film does effectively exploit its own story ambiguity to give itself license to create the best scares, it does leave the conflict in the dust. As it barrels towards the third, a throwaway character from earlier, Ian (Josh Cruddas) arrives purporting to assist the Walsh’s with carrying out the rest of their ritual. He bring another layer of villain to the film, which is already filled to the brim with plenty, whose motivations and power are unclear enough that it’s hard to decipher if you should fear or fear for him. Cruddas is great as the menacing basement dweller with a dark power complex, but it comes at a part in the film where we’ve probably seen enough and don’t know who to root for.

While the convoluted story sometimes creates more boredom than excitement, the film is the most successful at being scary. The ghosts are terrifying, and the jumps and scares are well shot and timed. The entire house makes you feel unsettled, such that even the Walsh’s who’ve called this place home for a long time feel unsafe in their own home, unable to trust their own senses or curl up for even a minute. The use of sound is incredible, specifically the clattering sounds on the toothy ghost that buried themselves in my ear drums and woke me up hours later in the night.

McCarthy and Richings are the standouts as the Walsh’s. They look like the stepped directly out of American Gothic and slipped into evil deeds when they were left with no recourse. The subtle physicality they bring, like reading their directions to their victim from cue cards, needing reading glasses to see their ritual book and their “nice old couple mannerisms” make for the interesting characters that aren’t the familiar small town Satanists, but a pathetic old couple in too deep. It’s this that sets the film apart from its categorical cohorts.

Anything for Jackson is a fun take on the possession and haunted house film that successfully delivers the scares and the characters, but its narrative gets a bit lost along the way.

This dark tale of grieving grandparents gets a bit derailed in telling the story it sets out to, but it’s incredibly effective ghosts and well created scares make it worthwhile. The Satanist elements feel more important than they could be, but it’s worth it for lending to the terrifying vibe the movie ultimately delivers. 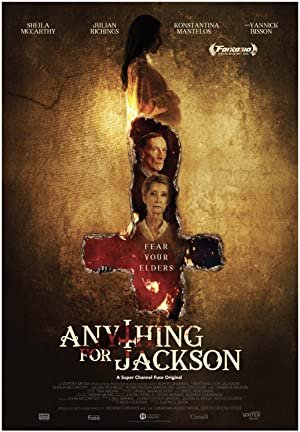