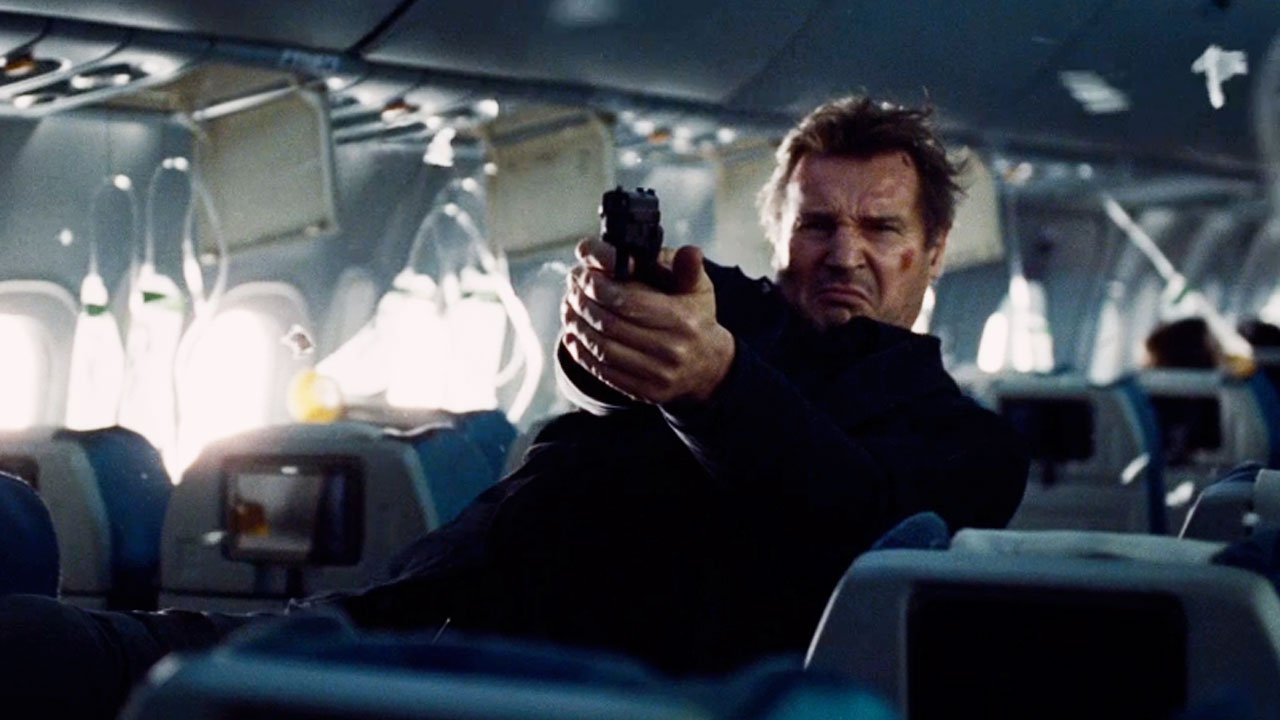 It’s safe to say that when Liam Neeson signed on to star in Taken, he never expected the low budget French action movie to completely reinvent his career. Yet, that flick proved to be such a massive hit that it transformed the 50-year-old thespian who was once Oskar Schindler and a noble Jedi into a gruff, butt-kicking action star. I’m not complaining. Watching Liam growl into cell phones before bashing bad guys on the chin is one of the great B-movie pleasures of our era. The latest Neeson action flick to grace screens this week is Non-Stop, and it’s probably the best genre movie the man has made since Taken. It’s a knowingly stupid exercise in high concept action shenanigans in the Speed mold and is a perfect example of that style of filmmaking until it goes completely off the rails in the last 20 minutes. Thankfully, action movies falling apart in their climaxes is practically a staple of the genre at this point, so it’s far from a movie-killer. It’s just one more excuse to shake your head and laugh while shuffling out of the theater.

As usual, Liam plays a rough and tumble hero with a checkered past, but a no-nonsense approach to law keeping and butt-bashery. He plays a disgraced-cop-turned-air-marshal who thinks he’s on a routine cross-Atlantic flight. Thankfully, no job is routine in an action movie and in the middle of the flight, Liam gets a text message from someone on the plane claiming that within 20 minutes, a passenger will die unless $150 million is deposited into an offshore account. Liam thinks it’s a hoax, but treats it seriously ’cause that’s his job. Then 20 minutes later, someone is dead, and his superiors on the ground discover that the offshore account is in Neeson’s name. Now, since it’s Liam Neeson, clearly he’s an innocent victim and the only one who can set this whole situation straight. The trouble is that no one believes him. Not his boss, not the pilot, not the media, and not even the passengers who think he might be high-jacking the plane. The only person he can trust is a plucky passenger played by Julianne Moore and even her star status suggests to the audience that something is up. So as usual, Liam is a man alone and the only guarantee is that every 20 minutes someone else will die unless he can find the real bad guys and smack them right in their stupid bad guy faces (Good news! Liam is really good at that particular activity!)

Non-Stop was directed by the capable hands of Jaume Collet-Serra. He previously guided Liam through a round of ass-whooping in Unknown, but more importantly was responsible for the absolutely insane horror film Orphan from a few years back. Non-Stop is a similar genre exercise to Orphan in that it’s a thoroughly stupid genre movie, but one executed by smart people who know what they’re doing. The script for Non-Stop might be a silly Speed knock-off with a sprinkling of post 9/11 air travel paranoia, yet it’s executed by a filmmaker who at least respects his audience enough to know that viewers are well aware of the conventions of stupid action movies. Collet-Serra knows exactly how to mock, divert, and play to the refined action movie fan’s expectations. For the first 80 minutes, the movie actually works perfectly, gradually building up tension and toying with the audience while delivering gorgeous visuals and bone-crunching action. Sadly, things fall apart in the climax when the villains deliver tedious speeches laying out their motivations too clearly, and some ugly CGI spectacle pops up to spoil the finale. Thankfully, none of that is enough to kill off the good will the filmmakers built up until that point.

At the center of it all is Liam Neeson, who has transformed into an excellent action star. His growling flawed hero shtick is endlessly entertaining, and his genuine acting chops can ground B-movie silliness single-handed. Julianne Moore proves to be almost as strong in a supporting role, using her genuine acting ability to make a stock character feel real just long enough to hook viewers. Between those two real actors doing good work and all of Jaume Collet-Serra filmmaking pyrotechnics, Non-Stop proves to be a thoroughly enjoyable B-movie. It’s far from a masterpiece and not even a bonehead action classic like Taken. However, Non-Stop never aspires to be either of those things. It’s merely a silly action movie that does exactly what’s required well, and if you can lower your brain activity during running time, it’s impossible to be bored or have a bad time. February is always dreary month for movies, blockbusters or otherwise. A movie like Non-Stop is really the best that audiences can hope for in the short winter month. If you’re craving a little big screen bang-bang to brighten up your weekend, the flick delivers exactly what you crave. No more, no less and that just fine by me.

Non-Stop is a similar genre exercise to Orphan in that it’s a thoroughly stupid genre movie, but one executed by smart people who know what they’re doing. 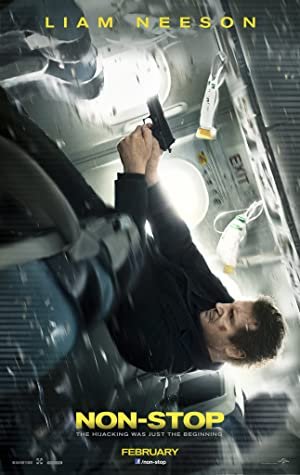