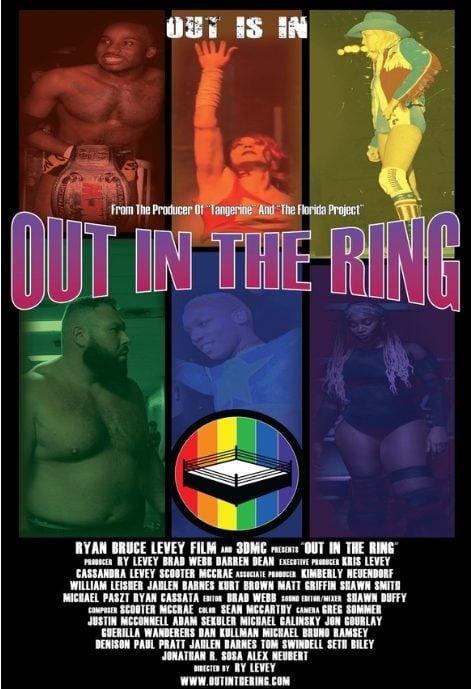 Out in the Ring caught my eye immediately when I was looking through the Fantasia Festival 2022 titles. Professional wrestling is something I grew up with. We would rent the special cable box for the big pay-per-view shows and my aunts, cousins and immediate family would all gather around. I was in love with HBK (Michael Shawn Hickenbottom), Lita (Amy Christine Dumas) and Razor Ramone (Scott Hall)—the 90s were a weird time. But with all of its diversity, the WWE didn’t have any accurate Queer representation.

Out in the Ring director Ryan Bruce Levey travelled across the United States, United Kingdom and Canada (yay us!) to interview members of the Queer community involved in professional wrestling, as well as experts on the sport. The documentary spoke on the lack of Queer representation, the inaccurate portrayals, exploitation and stigmas surrounding being Queer in the world of professional wrestling.

As a child, this was never something I noticed in WWE, NWO or any of the other popular wrestling programs. Now, as a grown, Queer, woman, I see it everywhere. The shows from the 90s especially really didn’t age well. Though I’m not as well-versed in wrestling today, Out in the Ring brought to light a lot of cringeworthy moments found in mainstream wrestling over the years. The documentary really exposes every major mistake these massive franchises have made, and that they really haven’t done anything to improve in the last 30 years.

At the same time, Out in the Ring manages to highlight a massive LGBTQIA2S+ community in the industry across the world. Something I really appreciated was that the documentary didn’t just focus on one section of Queer representation. Levey spoke to people that were gay, lesbian, bisexual, non-binary, transgender and more, giving a voice to so many people in the community that up until this point have been unseen in the wrestling industry.

“Out in the Ring manages to highlight a massive LGBTQIA2S+ community in the industry across the world.”

Something else Levey really brought to my attention was how far behind mainstream wrestling is specifically. It was noted that on the smaller scale there is now a lot of representation in local wrestling communities. Unfortunately, mainstream programs like the WWE are so outdated and behind, and the community is screaming for more wrestlers who represent all communities.

My only real complaint about Out in the Ring is its length. I know 105 minutes doesn’t sound excessive, but there were a few points after the one-hour mark that felt like a really solid conclusion. Anything past them felt like they were reiterating points that have already been made clear several times. A shorter runtime with more concise, firm commentary would have really helped this documentary hit hard.

Out in the Ring is a documentary I didn’t know I needed to see. Bringing so many tasteless moments in wrestling to the forefront, and displaying the massive LGBTQIA2S+ community that is sitting just below the mainstream wrestling level was eye-opening. If you have any interest in professional wrestling, you should check this out. It’s a great watch if you’re an ally or a member of the Queer community, and especially to check out if you’re not.

Out in the Ring highlights the Queer community in the wrestling industry and really brings forward just how behind mainstream wrestling still is in 2022.
REVIEW SCORE
8
File Under: Fantasia 2022, Fantasia Festival, WWE