Another Chance at the Traps
SCORE: 7/10 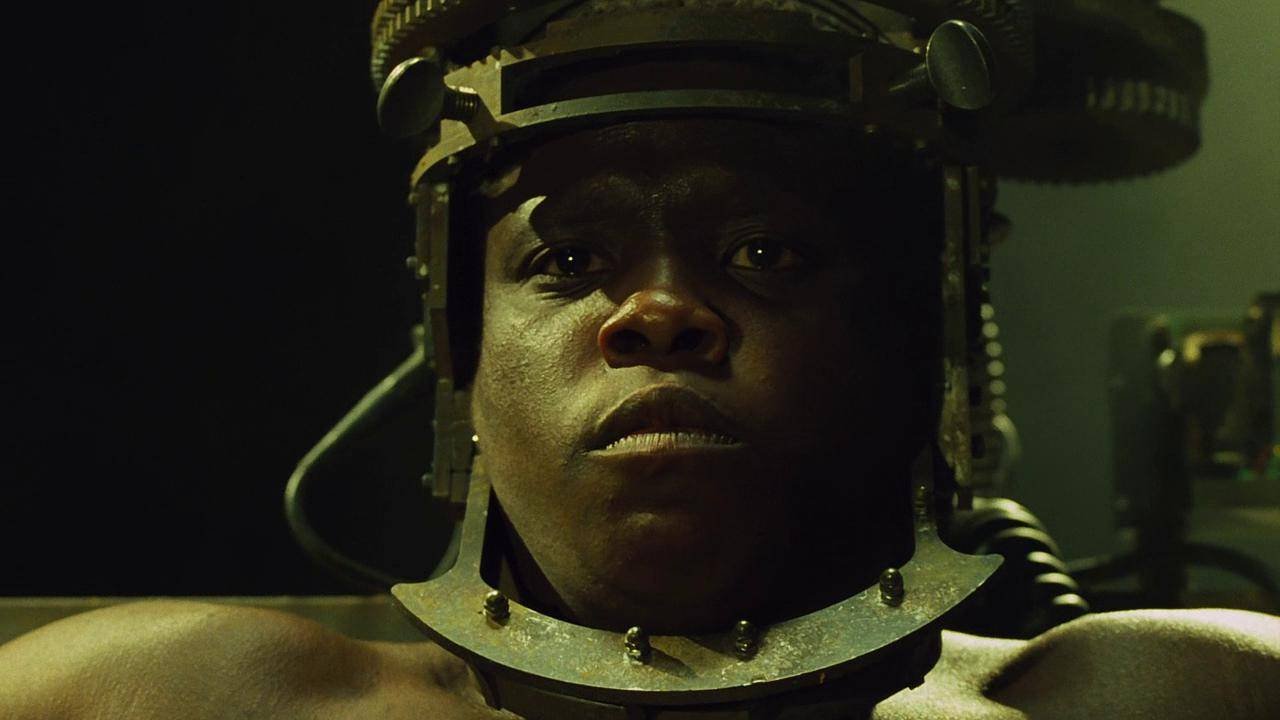 To say that you saw Saw is not only grammatically correct, but fun to say. Saw has become a Halloween tradition in the last few years; costume parties, trick or treating, and a new Saw film. Tobin Bell, who plays the titular serial murderer, has practically become as much the face of Halloween as the jack o’lantern. But as we all know, the quality of a horror franchise decreases as the number of films therein increases. So with this in mind, I trudged my through a soggy Friday on Halloween weekend to see Saw…three that is.

In the first frame, we learn the final fate of Part II’s Detective Matthews, which is, if possible, even more grisly than how Dr. Gordon escaped the same fate in Saw I. From there, we find ourselves in a blood-splattered schoolroom where through flashbacks we see that Jigsaw is once again up to his old tricks, testing people to see how far they’ll go to stay alive. Speaking of staying alive, Jigsaw himself is on the verge of death thanks to his inoperable brain tumor. Naturally, he and his apprentice Amanda (Shawnee Smith) decide to kidnap a doctor (Bahar Soomekh) and coerce her though threat of torture to keep him alive till he completes one last game with a bereaved father (Angus Macfadyen).

I have to say that Saw III is the weakest of the series, but this was always a pretty strong franchise both visually and viscerally. For all the blood and guts and gore in the first two episodes, I think that the ante’s been upped by director Darren Lynn Bousman. In Saw III, people are shot, stabbed, bludgeoned, buzz-sawed, detonated, frozen, exploded, torn apart, and drowned in pig guts; each death scene is accompanied by the goriest special effects money can buy. Watching some of these scenes, including a elongated brain surgery sequence, requires a strong gag reflex. But even if, like me, you are so equipped you’ll still find yourself pulling your coat around you for safety.

Story-wise, Jigsaw’s scheme is more meandering than mysterious. Although the set up is the same—a group of desperate strangers whose only commonality is the fact they’re ensnared in Jigsaw’s game—it never felt that there was ever an overarching reason for the scheme in the first place. Of course, there’s a surprise ending, but I was ahead of the filmmakers this time, as I had figured out what connects the victims before the big twist. I kept hoping that I was wrong, but unfortunately, there were no surprises for me.

Not helping with matters was the fact that I didn’t really care about the characters in this one, even returning characters like Detective Kerry (Dina Meyer), who gets short changed, and Amanda, who goes completely off the deep end. Even the normally magnificent Bell doesn’t get any grace points because the idea of Jigsaw torturing a grieving father for not getting over it fast enough seems overly harsh as compared to his normal torture gallery of drug addicts and gang bangers.

Still, Bousman proves that he still has the horror movie chops, so to speak. The film is still lively (pun intended), visually interesting, and inventive enough to keep you watching and keep you squirming. There’s a degree of confusion as to where the franchise goes from here, as to whether or not there’ll be a Saw IV. Personally I have my fingers crossed in favour because, despite some missteps, I think this thing still has some life in it.

Saw 3 is still lively (pun intended), visually interesting, and inventive enough to keep you watching and keep you squirming. 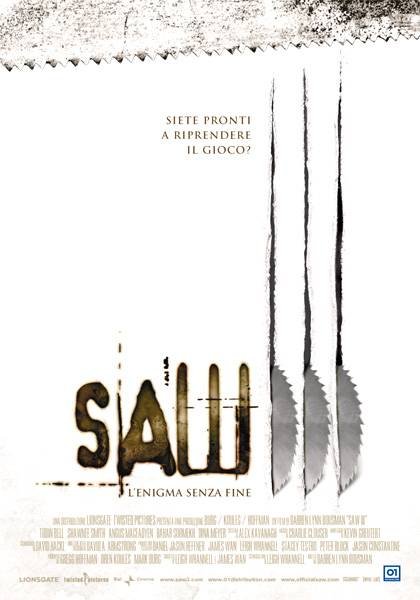