Well, James Bond is back. You know, just like he has been every few years since the 60s. This time, we’ve all been treated to Spectre, a bloated and intermittently thrilling Bond epic that feels very much like the final chapter of the Daniel Craig era of the franchise (even if he is still technically signed on for one more movie). With all of the deconstruction, reinvention, and continuity flaunting of the recent series pushed as far as it could go, Spectre represents an attempt to bring the new Bond on and old fashioned adventure.

Spectre is one of them old-timey criminal mastermind world domination plots combined with all of the sombre drama, spiralling ensemble, increased romance, and continuing narratives of the new series, and just as overstuffed as it sounds. The movie is fine, but by the end you might find yourself fantasizing about the next Bond. It’s time. After all, reboots are just as common in this franchise as cars, babes, accents, gadgets, gizmos, explosions, and casual alcoholism.

Things kick off with an absolutely fantastic opening action sequence set during Day Of The Dead celebrations in Mexico. Sam Mendes stages a stunning single take intro and then a spectacular spinning helicopter set piece that will get viewers all revved up for some sparkly new Bond adventures. After that comes one of the worst opening credit sequences and Bond songs in the history of the franchise, which grinds things to a halt. That mixture of astounding highs and tedious lows continues throughout the rest of this convoluted 2.5-hour blockbuster. It’s episodic and inconsistent; not uncommon problems in a Bond flick, but certainly a major step down after the brilliance of Skyfall.

The highest highs are the action set pieces. Director Sam Mendes hadn’t done much of that before Skyfall and proved to be surprisingly adept at marshalling the troops through explosive action. He manages to top many of his bone-crunching triumphs from the last movie here, especially during a mountaintop chase involving a crashed plane. Mendes also teased out the ensemble cast last time and has fun bringing back his creations here. Naomie Harris’ ass-kicking edition of Moneypenny remains a delight, Ben Whishaw’s hysterically neurotic Q steals all of his scenes, and Ralph Fiennes direct and bitter M is an interesting shift in tempo from Judi Dench. Whenever Mendes gets to bounce these characters off each other or bounce explosions off the screen, Spectre is an absolute blast.

Unfortunately, those scenes make up about half of the running. The rest is more of a slog. The plot involving a secret evil organization known as Spectre is poorly pulled from Captain America: The Winter Soldier, with most of the major plot twists retained and none of the surprises. The romantic threads between Bond and Monica Bellucci (who plays a widow, end of character) and Lea Seydoux (who has only slightly more material to work with) feel dry and dull. The attempt to tie all of the previous Craig-era plots together is quite forced and distracting (especially because it feels like little more than a desperate attempt to convince viewers that Quantum Of Solace wasn’t a waste of time). Yet, worst of all is the waste of Christoph Waltz as the big baddie. Based on his two Oscar-winning turns with Tarantino, Waltz seemed like a man born to spit out an evil plot at James Bond through a twisted smile. However, he’s stuck in such an underwritten role that all of his efforts go to waste. That’s a crime; he should have stolen the movie like Javier Bardem did in Skyfall. Instead, he’s merely a second-tier version of (insert spoiler famous Bond villain name here that you’ve already figured out if you’ve even remotely been paying attention). What a waste.

Now, Spectre is hardly a disaster. It’s not even the worst movie of the Daniel Craig Bond era (that would be Quantum Of Crap, obviously). However, the trouble is that the bar was raised so high between Casino Royale and Skyfall that merely getting a decent Bond movie doesn’t feel like enough anymore. More than that, the tone of this brand of Bond is simply two dour, sour, and serious to support a goofy supervillain plot. It was fun to see the team try, and they made a perfectly watchable blockbuster, but by the time the credits roll, it really feels like this era of James Bond was pushed about as far as it can go. It’s been great, don’t get me wrong; two of the best Bond movies ever made came out of the experiment. The trouble is that Bond is ultimately a simple character and the filmmakers have done all the dramatic deconstruction possible. That was the Bond for the Bourne/Dark Knight era, and it was great. Now it’s time for a more freewheeling, colourful, and cartoony Bond for the Marvel blockbuster era. In fact, we already almost got one in Kingsman. So, someone needs to put in a call to Matthew Vaughn and let him recast and reinvent the old boy. It’s been a wild ride on the Daniel Craig Bond rocketship, but Spectre is the end of the rainbow and it’s time for someone new to grab the martini and show us how it’s done.

Spectre is episodic and inconsistent; not uncommon problems in a Bond flick, but certainly a major step down after the brilliance of Skyfall. 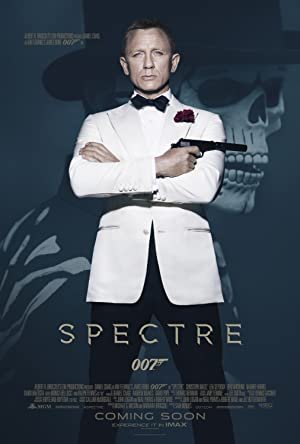