Plenty of Mystery, Not Much Interest 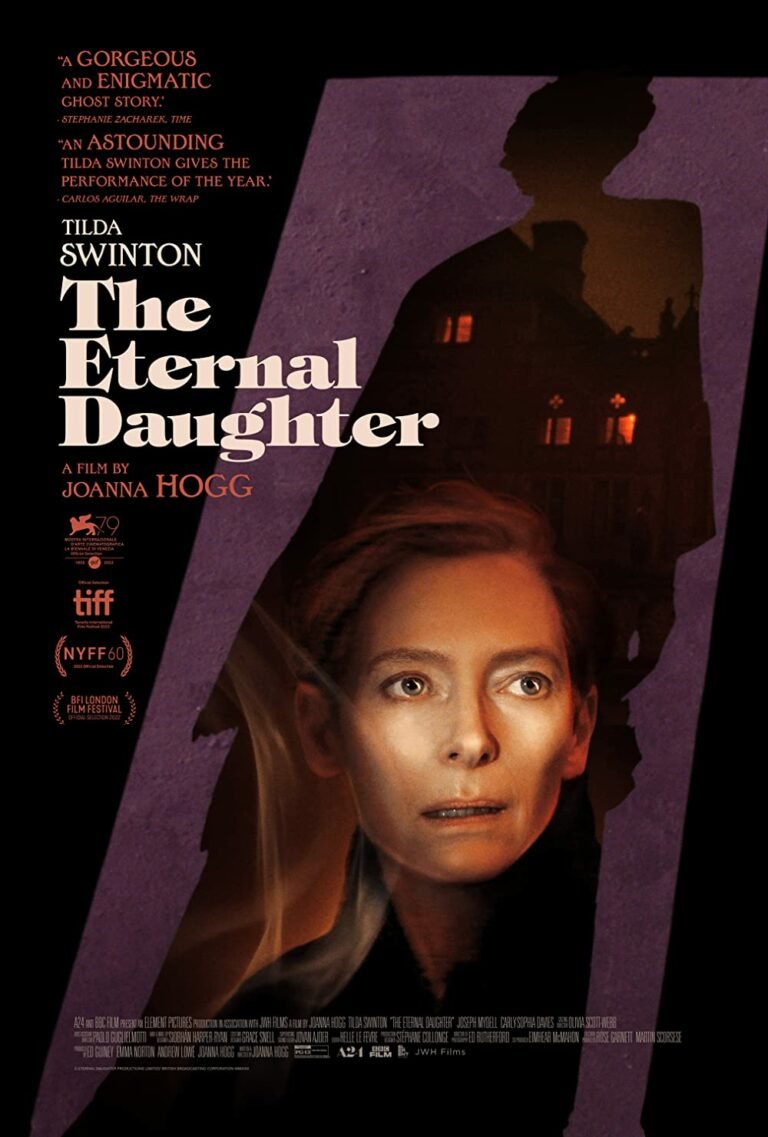 Something is clearly amiss in The Eternal Daughter, but what else can you expect in a movie starring Tilda Swinton. And per usual, she can’t be pinned down in her double role, this time as both halves of the mother-daughter duo Julie and Rosalind Hart.

If a film that’s all about the inner workings of a maternal relationship featuring a surname like Hart seems more obvious than what we’d expect from a director like Joanna Hogg, rest assured, the filmmaker who broke out with a bang disguised as a whimper in The Souvenir is still all about the details. So much so that the plot feels like an afterthought. Or maybe Hogg feels like history is enough, since Swinton is now taking over as the director’s stand-in for the character established by Hogg and Swinton’s own daughter Honor Swinton Byrne in The Souvenir.

The beginning of The Eternal Daughter reeks of an outright setup for a maternal rendition of The Turn of the Screw, with the large imposing manor in the secluded British countryside wrapped in fog and an appropriately creepy atmosphere. If any of that fails to really register with the Harts, there’s an explanation that isn’t traceable to the usual lack of perception, but by the fact that it’s their former family home.

Now it’s a nearly vacant hotel, and the two have returned for the elderly Rosalind’s birthday with an admirable lack of bitterness on their part. Her daughter Julie, a filmmaker, is concerned about her mother’s state to the point of obsession, endlessly fussing and anxious for her happiness, viewing any sad memories expressed to a failure on her part.

But it’s a convenient way to ignore the unsettling details she notices but nevertheless refuses to see in a splendid bit of dissonance. The history of the place is clearly manifesting as something, but precisely what is the real rub. Once it’s clear that Julie is the only one experiencing it, the plot really thickens.

Or does it? As The Eternal Daughter meanders on, it becomes just clear enough that one person at least is under a grave misunderstanding. But even Hogg’s usual form gets old when the only thing established is atmosphere. At least it gets some deserved appreciation, courtesy of some of the most splendid camera work you’ll ever see.

“Provocation only lasts so long, however, and none of the familial reveals in The Eternal Daughter are particularly interesting.”

Hogg is of the less-is-more filmmaking school of thought, so as her gaze deliberately and leisurely abides and allows us to admire the exquisite frames in The Eternal Daughter, which possess all the taste and care of a Gothic spin on Paddington, the question of what is lingering just outside our reference point is deliciously provoked.

Provocation only lasts so long, however, and none of the familial reveals in The Eternal Daughter are particularly interesting. They are compelling listens, in the way mundane details can be when they’re being delivered by a charismatic presence like Swinton, but they tend to evaporate rather quickly once the moment is over.

The supporting characters in The Eternal Daughter could provide more intriguing support if there was anything to them, but the two she interacts with simply never become engaging enough for the simple reason that Julie’s point of concern is her mother. So William (Joseph Mydell) remains the perfectly patient, helpful employee, and the unnamed receptionist is mostly an Irish accent and great legs in killer heels. It’s left for us to determine if her apparent dislike of Julie is due to her being so British that she actually has a cousin named Alistair.

The emotion is there too, as are the usual questions, such as what we take from our parents, the destructive, destabilizing nature of grief deferred, or whether Julie’s love for her mother will translate to forgiveness for breaking the chain and birthing films rather than children. Their bond is ironically the reason the background triumphs over character: the setting is unnerving, but the duo in question are too loving for any real anxiety on their behalf to be warranted.

It’s why in the end, it’s mostly the fantastically lit wallpaper that makes an impression, not the Harts. Viewers might have some very mundane dreams, but some ghost stories will do that to you.

There are quite a few questions in Eternal Daughter, but not much to ponder when it’s the setting, not the characters, who give reasons for anxiety.
REVIEW SCORE
6
File Under: Film, TIFF, TIFF 2022