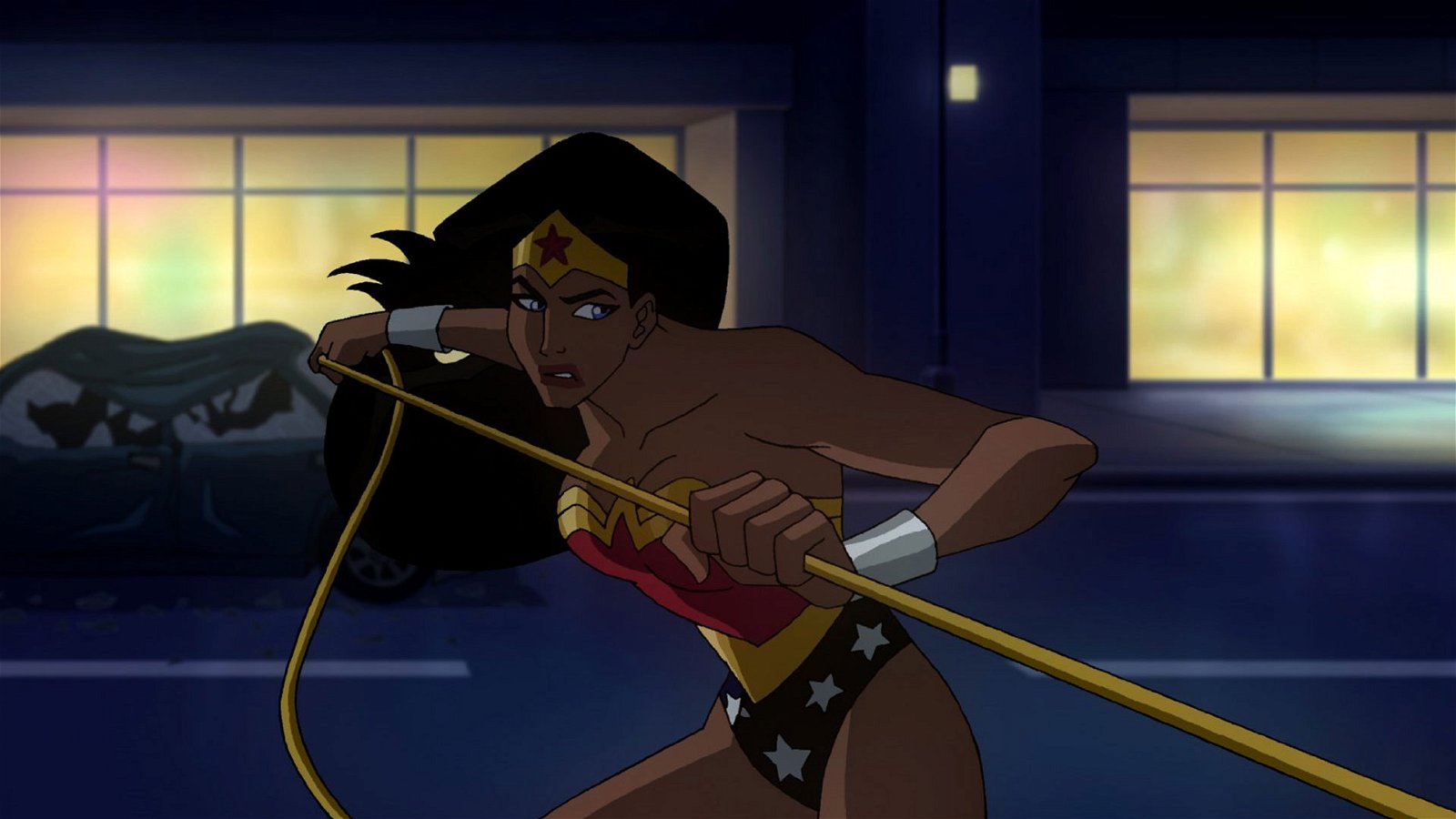 We are but a few short weeks away from DC’s iconic female empowerment superhero receiving a long awaited feature length blockbuster. For years Princess Diana has sat on the sidelines in DC’s live action feature film realm, but she’s always been kicking appropriate levels of butt in animation. In fact, way back in the ancient days of 2009 (when DC was still carving out a place in the direct-to-DVD animated film market), there was an entire DC animated film dedicated to Wonder Woman strutting her stuff. In the years since, she’s mostly been sidelined to supporting roles while Batman and Superman reigned supreme in DC animation. But to celebrate Wonder Woman’s upcoming shot at box office dominance, that old animated flick has been rereleased and despite its flaws, the film shows just why this character deserves some more attention in the age of the superhero blockbuster.

The animated flick is an origin story, one that at least based on the trailers seems like it will be echoed substantially in the upcoming Wonder Woman live action flick. We open in Themyscira, the mystical Amazonian land where queen Hippolyta (Virginia Madsen) has been battling with the Ares, the god of war (Alfred Molina). None other than Zeus himself intervenes to stop the war and spare Ares’ life, bounding him in indestructible armlets and imprisoning him under Hippolyta, then moving Themyscira to another plane of existence where mankind will never threaten it again. Fast forward a few centuries and Hippolyta leads her land in peace with her daughter Princess Diana (Keri Russell) at her side. Trouble arrives when an American fighter pilot from named Steve (Nathan Fillion) lands in Themyscira and Diana fights to earn the right to return him to the outside world, res-establishing contact between earth and her land for the first time in centuries. Then wouldn’t you know it? Ares is busted out at the same time and plans to cause a ruckus. Obviously, Diana and Steve must join forces to bring him down, right? I mean, that just makes sense even if it will be an awkward partnership.

So, there’s obviously a lot of ground to cover in Wonder Woman given the above is merely the set up to this trim 74-minute adventure. At times the movie can feel overstuffed and a little stilted as a result of cramming so much mythology into such a short running time. It doesn’t help the way the mythological Themyscira royalty and warriors speak to each other can feel a bit heavy-handed and wooden, but that’s more than made up for by the lively and engaging vocal performances by Keri Russell, Nathan Fillion, and Alfred Molina in less histrionic roles. After being burdened by backstory, the film takes off once that trio of characters takes control. The script overtly addresses issues related to gender roles and the uneven balance of power in contemporary society. It’s a movie with a message told in blatant comic book tones without much subtlety, but it all works in the manner of the proto-feminist fable that Wonder Woman was conceived as decades ago. The story still has power, even jammed into an action-centric cartoon.

While this Wonder Woman flick is certainly burdened by exposition and heavy mythology, it also explodes off of the screen as a giddy action adventure. Director Lauren Montgomery keeps the spectacle flowing constantly with the surprising grit and violence that often slips its way into these DC animated features. It’s a rush and surprisingly graphic at times, yet always tasteful in that DC way. Retelling Wonder Woman’s origin story with all the thematic depth and sincere world-building required isn’t easy to do for contemporary audiences, especially since it must all be crammed in and around a thrilling action narrative. This animated feature proves what’s possible despite some stumbling and we can only hope that the live action Wonder Woman feature barrelling towards theatres gets as much right as the DC animated team manages here. It ain’t perfect, but the flick works on all the necessary levels. If it happened here, it can happen again with $150 million riding on the line.

As always with these DC animated features, Wonder Woman looks and sounds fantastic. The house DC animation style that walks a line between Bruce Timm’s iconic simplified designs of the DCU and a more wild anime-inspired action aesthetic was already in place in 2009 and still looks great today. The sound mix and score also hold up well in a home theatre to provide an aural experience worthy of a theatrically released animated feature. On a technical level, this Wonder Woman is an absolute blast on Blu-ray.

The special feature section is also stacked. Carried over from the previous release is an audio commentary featuring the main filmmaking team (including director Lauren Montgomery and Bruce Timm) discussing the challenges and joys of making this project in thorough and playfully amusing detail. There are also two old documentaries from the last release about the legacy of Wonder Woman and her mythology that run about an hour in total and discuss the character’s historical importance and power with great detail and reverence. New to this release is a brief yet satisfying 10-minute update on Wonder Woman’s legacy featuring the director and a few stars of the upcoming live action feature. It’s undeniably cross-promotion, but should give Wonder Woman fans some comfort in knowing those in charge care passionately about the project and should give us something worthy of Diana’s legacy. So that’s nice. The disc wraps up with a preview of the next DC animated feature Batman And Harley Quinn, which still looks excitingly nostalgic for Bruce Timm junkies. Sadly, there are no classic Timm-verse Wonder Woman centric cartoons included like the original release of this flick, but they weren’t exactly vital.

So, what we have here perhaps a slightly overambitious Wonder Woman animated feature, yet also arguably the most sincere and successful rendition of that character outside of comics to date. Hopefully, this animated flick will be topped in a few weeks and this release will serve as an appetizer. If not, then the disc will serve as a comforting reminder of what could have been. Either way, Wonder Woman fans that didn’t pick up this disc the first time shouldn’t make that mistake twice. 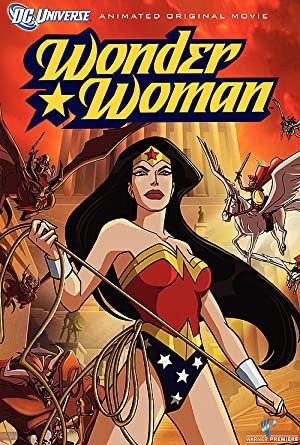