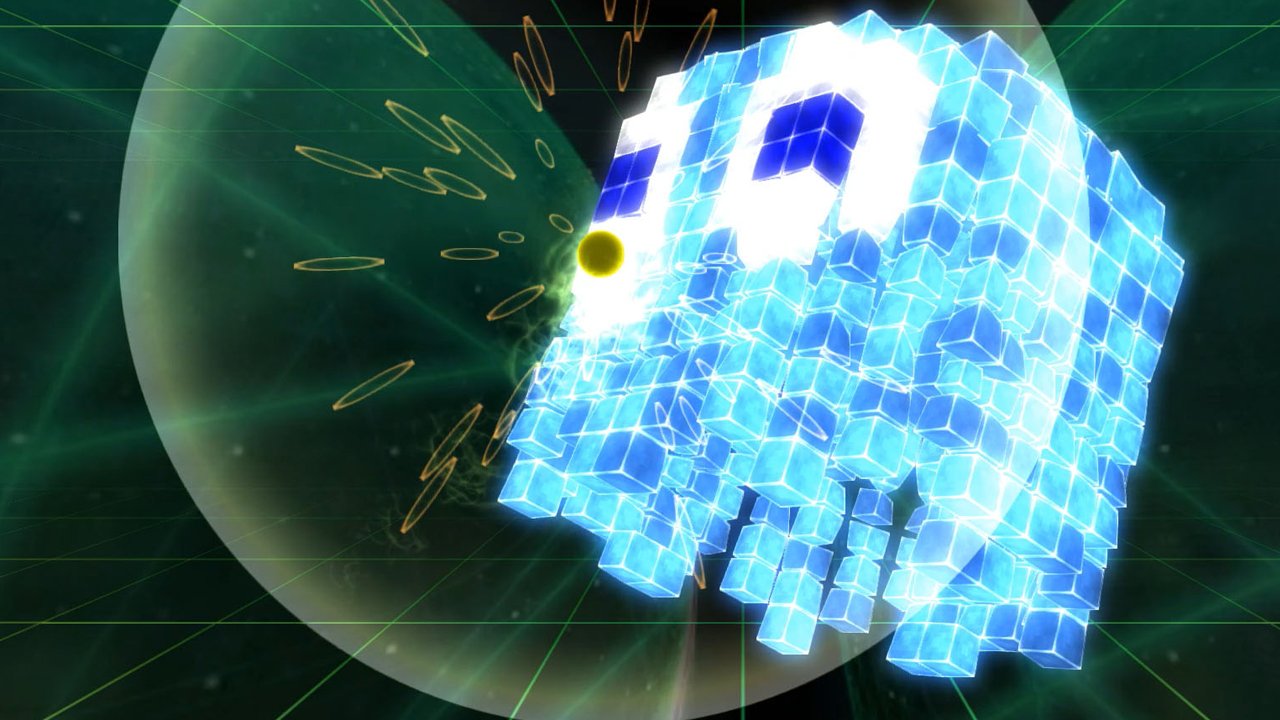 Have you ever wanted a Pac-Man game where touching the same ghost three times in a short period of time will cause you to die? If so, Pac-Man Championship Edition 2 is for you. After rejuvenating the classic formula with the original Pac-Man Championship Edition, Bandai Namco decided to do things a bit more out-there with the sequel, but it feels like this entry was a misstep.

The traditional Pac-Man gameplay has been changed so much that there is now a mandatory tutorial that is necessary, but poorly designed as it is broken up into bite-sized levels that have to be manually selected. While you still munch pellets, fruit, and ghosts, most of the gameplay isn't how you might remember it.

Ghosts no longer kill you just by touching you. Instead, you bounce off of them. If you come into contact with the same ghost twice in a row in rapid succession, it will launch up into the air and become angry for a brief period of time. Angry ghosts are the only ghosts that are fatal upon contact. This drastically changes how the game plays, and makes it so it's mostly about tracing the maze efficiently to get all the pellets with little danger involved. While the original was all about getting high scores, there was always a sense of danger and skill that has now been completely removed in Pac-Man Championship Edition 2.

Fruit and power pellets only spawn after eating so many pellets, and they always spawn in a central area of the maze. This means you'll no longer see power pellets spread out amongst the maze, and that the mechanic the original CE introduced of having a fruit spawn after half the maze is cleared of pellets—which upon eating changes half the maze—is gone. Now there is a meter at the bottom of the screen that becomes filled by eating pellets. Eating a fruit changes the entire maze to a new form, meaning you can leave pellets behind if you choose to for whatever reason.

Perhaps the biggest and worst change is how ghost chaining, the mechanic added in Pac-Man Championship Edition DX, now works. Previously, sleeping ghosts that were peppered about the maze would wake up when the Pacster passed near them. Now, ghosts wake up and form lines behind each of the original ghosts. These lines can't be passed through and work in the same way as normal ghosts, meaning you can bump them multiple times before they disappear momentarily and their lead ghost chases you after becoming angry. As the ghost lines can get quite lengthy, I often found myself bumping into them over and over, which completely breaks the pace of the game. As the original CE was all about speed, this feels like the sequel’s biggest misstep.

Power pellets only spawn on specific mazes that are filled with sleeping ghosts, with the pellets arranging in such a way that all the ghosts wake up and join lines. Upon eating enough pellets and getting the power pellet the ghost lines start to run from you on visible paths on the ground. Vulnerable ghosts move extremely fast and can only be eaten if you manage to collide with the head ghost, otherwise you'll just bounce off the rest of the line. Even with the paths visible, the speed and requirement to eat the leader make this the most difficult part of the game, and also the least fun. In previous entries, ghosts were viewed as bonus points and danger, here you're required to eat all the ghosts to cause the fruit to spawn which then takes you to the next form of the maze. Somehow Bandai Namco managed to make chasing ghosts the worst part of a Pac-Man game when it’s usually the best. 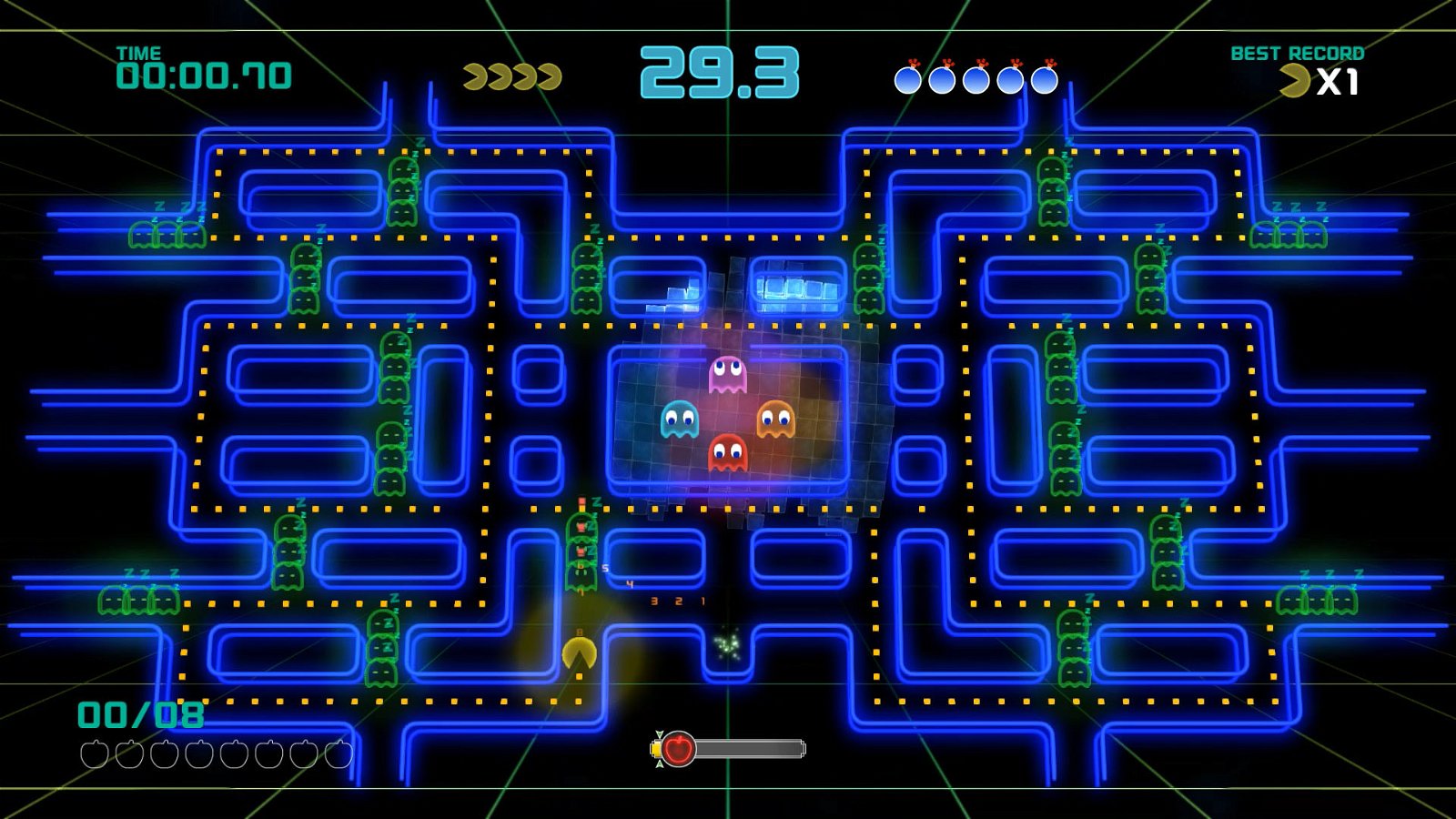 Just like the original, there are 10 varied maze types to play, each with three different difficulties and a practice mode. Instead of having various times like the original game, every session can only last five minutes. The difficulties aren't much different from each other. The easiest has a single chain of ghosts, the normal mode has the standard four chains of ghosts, and extreme mode doesn't spawn extra lives (which now have to be collected instead of just earned). Most of the new mazes feel less inspired, though one that focuses on spirals is a lot of fun. The Championship maze from the original game is here as well; though it can only be played with the new mechanics of this game which makes it obvious how much better that game was than this one.

New to the series is an adventure mode that features various missions; including what I'd be hard pressed to call boss fights (like the game does). Most missions require you to eat a certain number of apples in a short amount of time or to achieve a certain score. Every mission can be played on varying difficulties that decrease the time available. Completing missions awards stars, with harder difficulties awarding more. These stars are required to unlock boss fights and the next set of missions, with the final boss fight requiring you to complete every mission on the pro difficulty before unlocking.

The boss stages in Pac-Man Championship Edition 2 are little more than a slight variation of the typical game. A giant ghost will appear in the background and will cause all the ghosts on the screen to become angry and hostile upon fruit spawning. These missions require you to eat a certain number of apples while trying to acquire as many extra lives as possible before the time runs out or you eat the last fruit. The better you do, the more stars you're awarded. Once you eat the last fruit you're treated to a repetitive animation of a gang of Pac-mans (Pac-men?) devouring the giant ghost with no interaction whatsoever. This was disappointing and not what I'd call a boss fight at all. The adventure mode is mostly boring and pointless and only required for completionists that want to play with a Galaga theme. 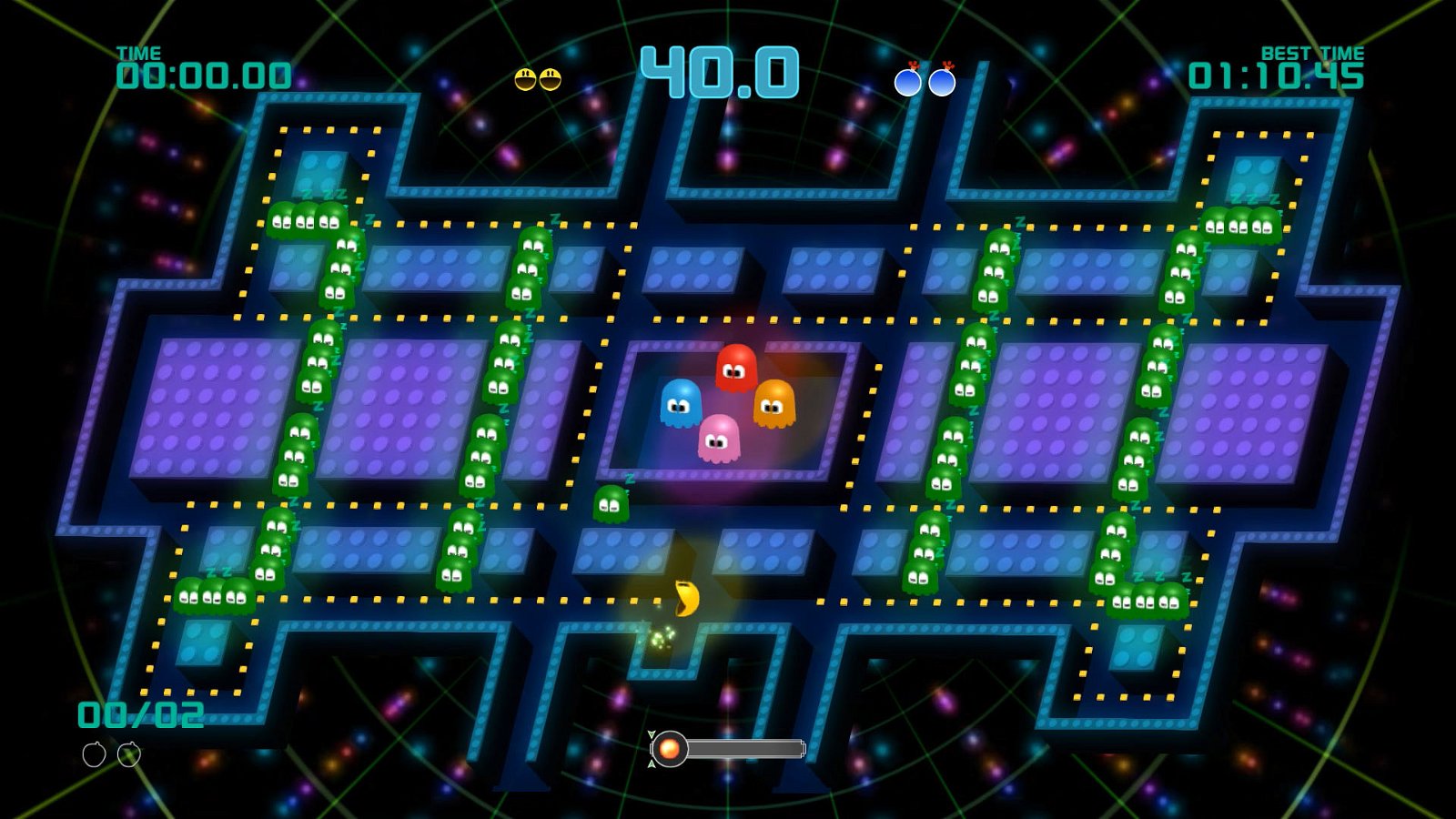 There are some positive things to be found in Pac-Man Championship Edition 2, such as the large amount of unlockable music which consists mostly of catchy EDM laced with retro arcade sounds, as well as different sprites from various Pac-man games and retro classics such as Dig Dug and Galaga. Sadly, the new art style isn't the best and looks a bit bland, but thankfully you'll be able to select whatever style you want while obsessing over high scores, but in adventure mode you're stuck with it.

While Pac-Man Championship Edition 2 isn't exactly a bad game, the changes to the ghost mechanics are a step in the wrong direction, which ruins the speed found in its predecessor. The adventure mode is pointless fluff that requires being a pro to complete, and the new mazes aren't all that fun. While serviceable, I know I'll be going back to play Championship Edition DX+ whenever I have a hankering for Pac-Man, and I suggest you do the same instead.

Final Thoughts
Championship Edition 2's drastic changes to the classic Pac-Man feels like a misstep. You can touch the ghosts without dying and the speed and danger of the original are missing because of this.
More From CGMagazine