A Milestone in Animation
SCORE: 8/10 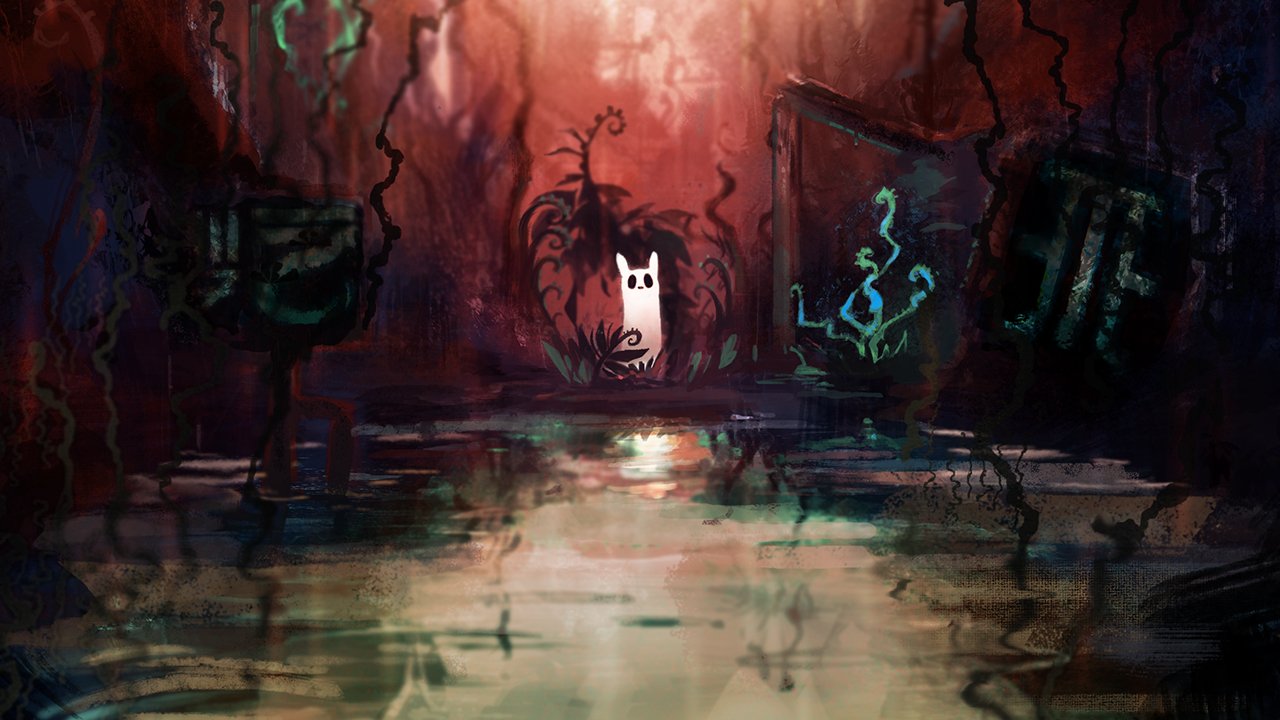 Even though it’s a loud platformer at heart, Rain World always keeps things subtle. The world, the narrative, all of it minimally plays out with very little dialogue. Its intro is told through slides, setting up the premise of the hero, a young Slugcat, who is separated from their family. It’s very Land Before Time or An American Tail inspired, but not nearly as hopeful. Okay, it’s a lot less hopeful, as it’s completely bleak and terrifying, with nightmarish imagery to boot.

Juxtaposed to a beautiful score, the journey is perilous from minute one. Nearly everything is out to eat you, and in a twist of fate, you actually eat some of its smaller inhabitants (like bugs) yourself. It’s such a subtle thing but I’m glad that the development team added that bit in, as you’re typically acquiring meta-items like hearts, or even fruit (which is also in Rain World) as the sole pickups in most platforms – munching on living creatures (and ripping their wings apart) adds a little more depth to the survival aspect.

Your job is to get from start to finish with almost no offensive capabilities, just jumps, and occasional defensive item. You can throw sticks to temporarily halt enemies, or if you’re lucky knock them off a ledge, but they’re still going to come for you like the Nemesis in Resident Evil 3. The Slugcat is a spry fellow, capable of big leaps, climbing or shimmying across just about any pipe, and a small wall jump mechanic. Rain World’s loose physics take a while to acclimate to but they do make sense over time, and the more I played the more I appreciated them.

Because really, after encountering your first foe you can clearly see why the game took so long. Enemies are in their own way procedurally generated in terms of behaviour, not only as it pertains to the AI, but the animation side too. It always makes them unpredictable, whether they’re fighting each other, working together, hunting you down with reckless abandon like an apex predator, or ignoring you like an idiot. It’s all random, but it assists in creating rich stories that vary from run to run. For the latter situation I’d often imagine that some enemies would refuse to consume me because they were full, and didn’t need to gobble me up that second. Silly, I know, but Rain World begs for the player to make a connection with its universe.

As you might expect its randomness can work both ways. Sometimes I’ll go through an area after a death and find it to be a complete joke that I can breeze through in seconds. For other runs enemies form a 300-esque phalanx formation along the critical path, forcing me to juke so hard it would give Barry Sanders weak ankles. I love that thrill, but at times it can feel uneven or even sloppy.

Occasionally, the action is broken up by “hibernation,” which is an awkward checkpoint mechanic. You’ll have to eat a certain number of food items to do it, and although I see how that idea was enticing on paper, it doesn’t always translate well. It’s mostly because some of the checkpoints are unevenly placed, or tucked away in dark corners of the world map where you’d never think to go. This leads to some instances of passing over checkpoints entirely, and going upwards of 30 minutes without one.

Now, I don’t mind that Rain World is a tough game where one wrong move can spell instant doom. But it’s absolutely frustrating to see that a particular checkpoint is almost completely hidden from view in one obscure block of the map after I’ve just spent an hour chipping away at a challenging gauntlet. I feel like the developer should have fully embraced the hibernation concept and allowed players to use it almost anywhere, similar to Ori and the Blind Forest. I mean, how cool would it be to wake up from your slumber outside of a safe room and have to immediately escape from a pack of enemies?

I think people are going to be looking at Rain World in years to come as a milestone in animation. While that open-ended nature doesn’t always translate to a stellar gaming experience, it’s always mesmerizing to look at. Rain World is a tough game that’s going to alienate those without proper platformer training, but as long as you’re willing to adhere to its rigid ruleset, the juice is worth the squeeze.

Think Limbo, but more haunting and with better controls, and you'll have a basic idea of what Rain World is about. 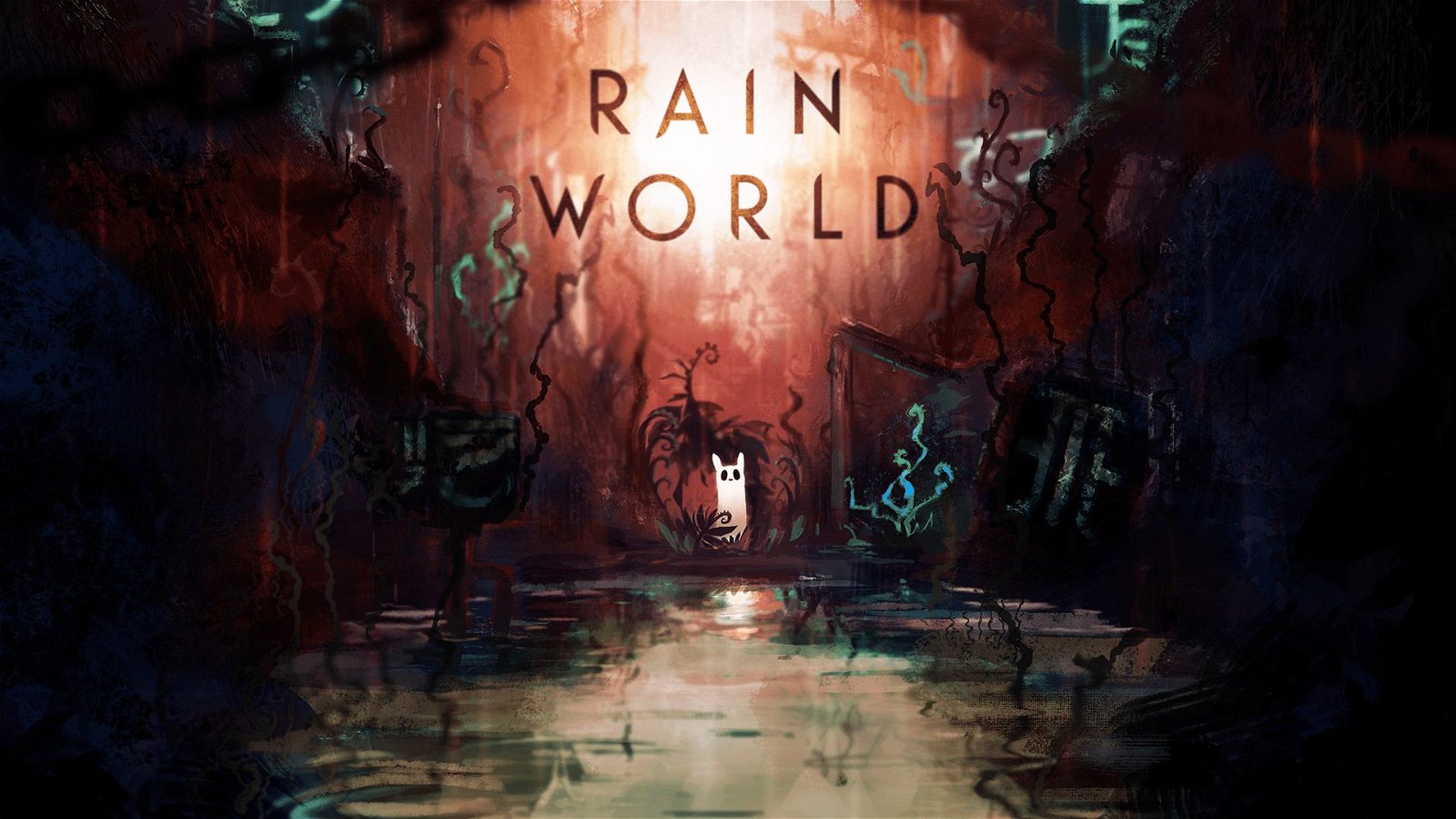