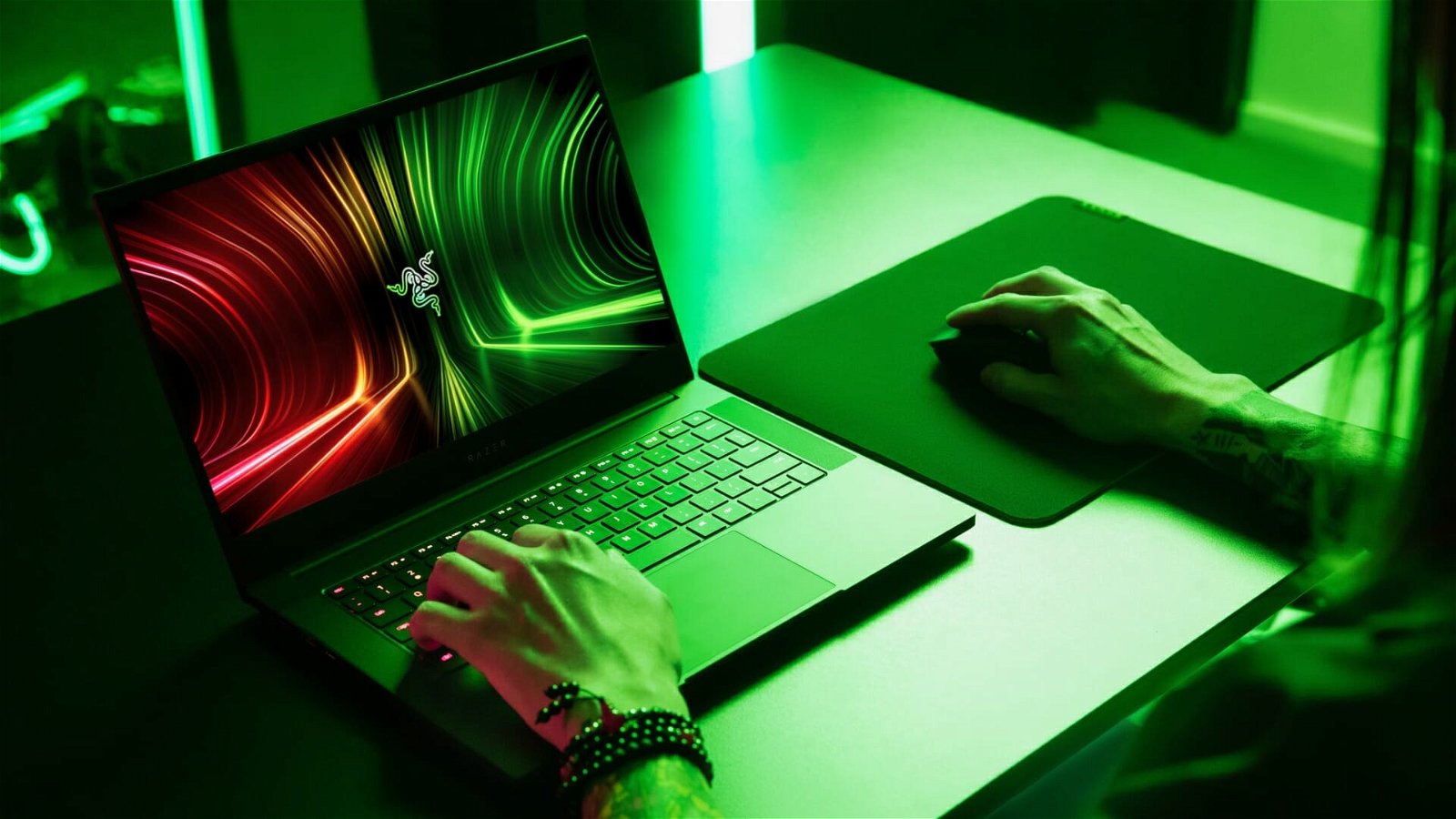 These hardware shortages have stuck around for far longer than I anticipated. I don’t think anyone could have predicted that nearly a year on we’d still be entering raffles and engaging with clandestine Twitter accounts for the privilege of paying far too much money for some bit of next generation tech, be it GPUs, consoles, or really anything that needs a specific sort of semiconductor.

The toilet paper may have come back, but a 3060 is still going to take a miracle to get in your greedy little mitts. You might, however, have better luck buying an already built laptop that has the sort of power you’re looking for. Possibly even the new Razer Blade 14.

I have looked at several of the Razer Blade models recently and the Razer Blade 14 is certainly the cream of the crop. What we have here is an AMD Ryzen 9 5900HX monster of a laptop with a lightning fast 1 TB SSD, now in NVMe (it’s all the rage these days) and an appropriately sized 14-inch 1440p screen (1080p in the less powerful model). For the more practical specs, the Blade 14 has a pair of USB-A ports, a pair of USB-C ports (I’m told they’re the future), HDMI, a 3.5 audio jack, and a charging port.

“The Razer Blade 14 is certainly the cream of the crop.”

On the tippy top of things in a 1MP, 720p webcam and Stereo Speakers with THX Spatial Audio flanking the illuminated keyboard. Of course, the star of the show here is the GPU, with models available with the Nvidia 3080, 3070, or 3060 all within this laptop’s roughly 4-pound frame.

It’s an impressive list of components and tech all crammed into this little black box. The 1440p screen paired with the powerful and rare GPU (our sample was of the 3070 stock) is really a lovely thing to behold and a stark upgrade from previous Razer Blade entries. With the higher resolution and the necessary system resources to delivery that power, one should expect to see a dip in frame rate when playing games at their most extreme settings./im

Now, I’ve been pretty positive on the Razer Blade products in the past, and this one brings a lot of the same things I enjoyed about the previous models. A premium feeling all metal case, a fancy looking programmable RGB keyboard, nice speakers that can get surprisingly loud and clear despite their small size, and even a nice touchpad, which is still a weird thing to say. The Razer Blade 14 looks and feels like a high-quality product from whatever angle you look at it.

This is probably my favourite size out of all of them, though there isn’t a massive difference between each—a couple of inches at most. Two USB-A drives are a great number for use on the go, and two USB-C’s will be great as more and more gear comes out for them. The hot new NVMe SSD drive is extremely fast with a Terabyte of space which can be upgraded should the user be brave enough to crack this little device open.

As much as I like the Razer Blade 14, it certainly is not without fault. With the increased demand on system resources for all the pretty visuals plus the small form factor it’s no surprise that the battery life is not all that great. Even without cranking the performance up I was still looking at being roughly 5 hours away from the charger. On a related note, there are certainly heat concerns inside this device, despite the fancy vapor cooling system. It does not take long for you to be able to feel the heat through the case during gaming sessions or other intensive processes.

Furthermore, all the models of the 14 are very expensive, largely due to the quality tech inside. You would certainly be able to build something far more powerful than this for the price they are asking, assuming you could find all of the components.

Much like its siblings, the Razer Blade 14 is an impressive laptop with a high price tag. It is made of some powerful, high-quality components and will certainly do whatever you need done whether it be gaming, productivity, or other intense computing. However, there are a few faults to be had here, notably the poor battery life. The best PC will always be the one that you build yourself, but whether you can’t find all the bits and bobs you need or you just don’t want to go through the stress of building your own monster, the Razer Blade 14 is a great option.

Much like the previous Razer Blades, 14 is a high quality laptop made of impressive components at a premium price.