Shiren the Wanderer: The Tower of Fortune and the Dice of Fate (PS Vita) Review 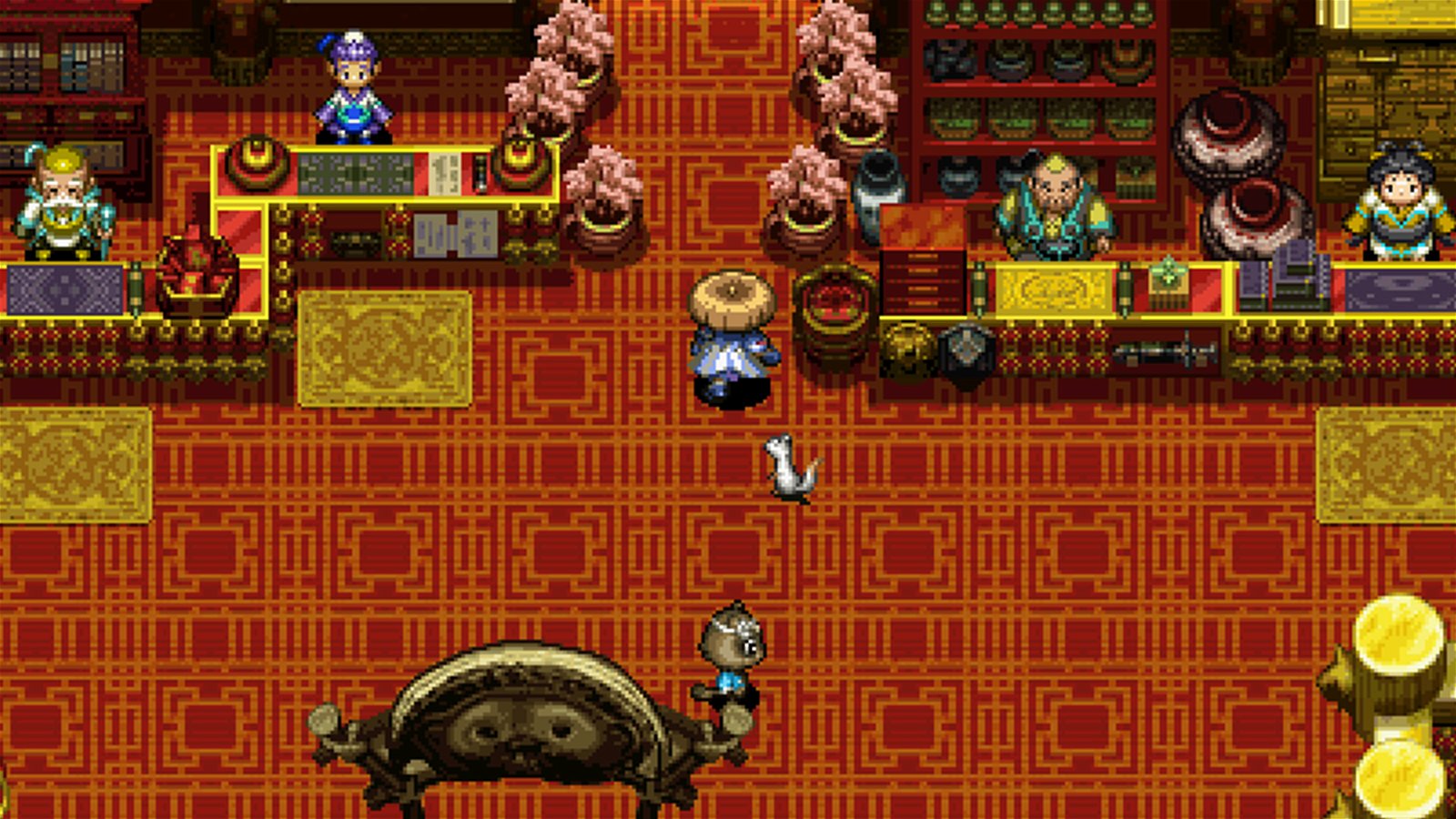 Have you ever heard of Shiren the Wanderer? I hadn’t until this game, but apparently, this is the fifth game in the series and a spinoff of the Mystery Dungeon games. I had never played any game in the Mystery Dungeon series, not even the cute Pokemon ones, as I’d heard they were rather brutal JRGP dungeon crawlers that took lots of time to learn. I heard correctly.

First, the good, Shiren’s retro-like graphics practically pop off the screen, especially on the original vita’s OLED screen. If you like 16-bit or early PlayStation 1 JRPG pixel graphics, you’ll be quite pleased here, aside from the atrocious character portraits that display whenever characters talk – these look like a child drew them. The musical score is easy on the ears, and the characters are likable, such as your sidekick, who is a talking mongoose, or a girl wearing a panda onesie who offers to join you on your journey – for a price. Shiren is also on the Vita, which is a plus for anyone who owns the Vita, since it has so few games released for it these days.

Now that that is over with, let us commence with the bad. Upon arriving at the first town in Shiren the Wanderer, I came across a beginners house where a girl offered to teach me to how to play the game with a menu filled with tutorials. Since I’d heard these games aren’t user-friendly, I decided I’d do all of them before I continued on with the game. Three hours later, I’d finally completed all of the over 45 manually selected tutorials available. It should go without saying that no game should require that many tutorials, nor should I have to load each one separately.  A good tutorial is one you don’t know you’re playing and one that is built into the actual game, something the developers of Shiren clearly don’t understand.

The thing is, these tutorials are absolutely necessary, as Shiren the Wanderer has many mechanics that I wouldn’t just pick up playing the game, such as how to turn around without using a turn (don’t let the trailers fool you, the game combat is a combination of real-time and turn-based action) and what types of environment I could walk and attack diagonally over.

After completing the monotonous tutorials, I ventured towards the meat of the game, thinking I was ready to destroy everything in my path with ease, but Shiren the Wanderer had other ideas. The first section is easy enough, as I walked around killing enemies in one or two hits, collecting items, and advancing up the floors of a tower, but the two later towers are brutal if not unfair, and that is just the start of the game! Enemies constantly spawn, and no matter how well prepared you are, there is always the chance the game just decides it’s time for you to lose.

At one point, I walked into a room and was informed it was a monster house, at which time tons of enemies spawned and surrounded me. Sure enough, I was dead. As Shiren the Wanderer is not only a dungeon crawler but a hardcore Roguelike, dying means losing all your items, all your money, and all your experience; I woke up back in town at level 1 to do it all over again, which meant going through the starter area, grinding monsters to level up myself and my equipment (if I had got any from town) only for the game to decide to kill me some other way. Seemingly the only way to complete the game is to grind for a few hours in the starter area to be overpowered and hope the game doesn’t decide to just spawn super leveled monsters around you.

In Shiren the Wanderer, your time is equally split between slicing up monsters and navigating menus, as the inventory system is a nightmare. You can only carry 25 items at a time; however, you can store multiple items in pots and each pot only counts as one item in your inventory. To get items out of pots you must throw said pots against walls to break them open. Items range from healing items, to magical scrolls and staffs, to food. You’ll have to constantly keep an eye on your hunger meter as well as your health meter or else you’ll die even faster thanks to the game’s extreme difficulty. If you want to use a scroll or staff, you can only do so by going into the menu or assigning one to a trigger button. As you’re constantly forced to use items, you’ll be taken out of the action nearly more than you’re in it.

The main story of Shiren the Wanderer is another dull damsel-in-distress situation, with a man in one of the villages attempting to change the fate of his terminally ill lover by collecting the three Dice of Fate and facing a god of Fortune. The story is barely there: I could summarize the whole thing in about three sentences from start to finish, so it certainly wasn’t a motivating factor in pushing on to finish the game.

Perhaps the difficulty and seeming unfairness of some of the encounters is duein part to the world being randomly generated as you play, but even so, this doesn’t excuse the fact that the Shiren the Wanderer forces you to grind a ridiculous amount in hopes of even advancing, let alone finishing the game. I can say without a shadow of doubt that this is my first and last Mystery Dungeon based game, as everything I’ve heard about the series is true. It isn’t friendly, it forces you to grind, and it just isn’t fun, at least to me. Clearly, someone buys these games, as they keep getting localized, but this critic can’t recommend it.

If you love grinding for hours in dungeon crawlers after doing a three-hour long tutorial, this is the game for you. 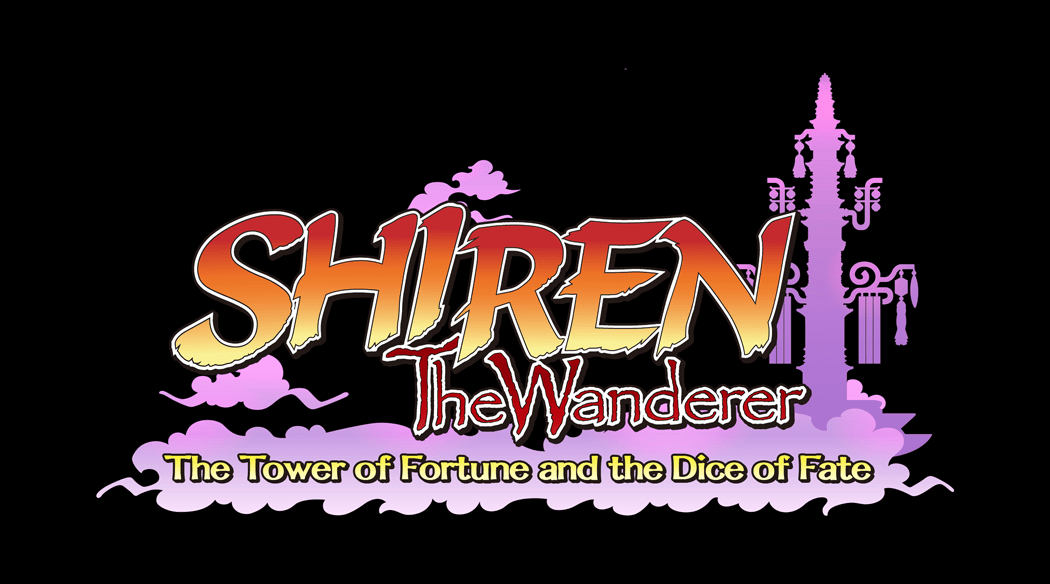 Name: Shiren the Wanderer: The Tower of Fortune and the Dice of Fate Review Score: 5
×