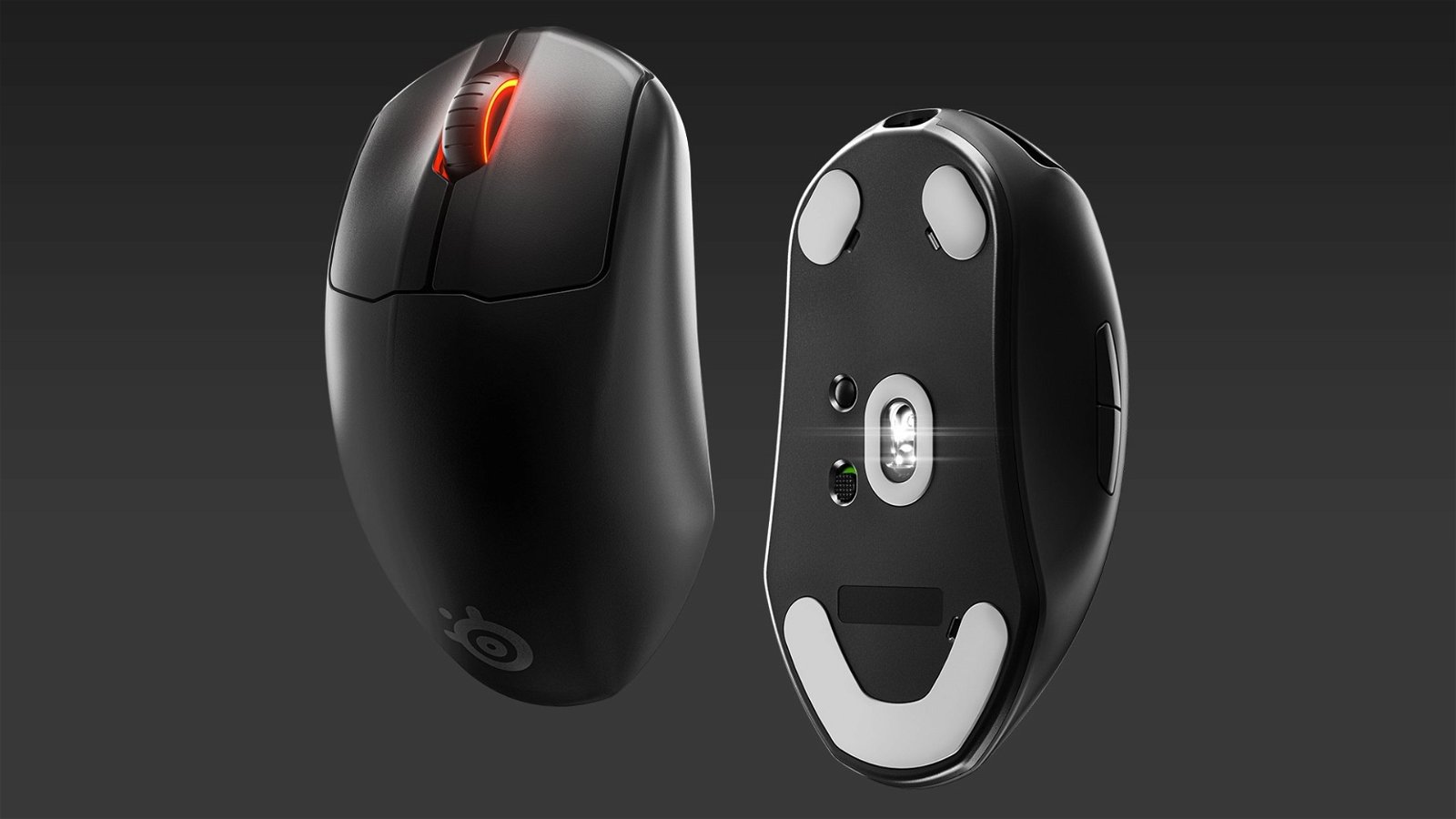 Since I split my computer work time pretty evenly between a desktop and a laptop, I was excited to put a wireless SteelSeries mouse through the paces. I handle audio or document editing, PhotoShop, and controlling stream settings from a laptop, often with a generic lap desk and a consumer-grade wireless mouse—so a premium gaming model could stand to improve this setup for my usual tasks as much as my entertainment.

Weighing in at 80g, it’s 5g lighter than the Rival 5 I recently converted to after reviewing. It doesn’t quite challenge the Razer Viper Ultralight’s 69g, but it’s light enough and a good choice for those who don’t want to convert to a honeycomb design. It moves smoothly without resistance on both the generic grip material of my lap desk and varieties of gaming mousepads, like SteelSeries’ own QcK and QcK Heavy.

Packed in the box is the required Type-C wireless dongle, a USB Type-C to Type-A cable, and an extension adapter. If you’re running older machines that don’t have Type-C ports, you’ll need to use the extension adapter and the cable just to use the Prime Wireless. Here I encountered a bit of a downer, as my current machines require this somewhat unwieldy combination. On desktop, this isn’t an issue—but when using a laptop, it can become a hassle.

“Prime Wireless’ dongle is far larger than the nub-like devices used by other mice, both consumer and gaming models alike, from both SteelSeries and competitors.”

This isn’t the mouse’s fault, of course, but the issue would be mitigated somewhat if the dongle itself was smaller. Prime Wireless’ dongle is far larger than the nub-like devices used by other mice, both consumer and gaming models alike, from both SteelSeries and competitors. The dongle, from end to end, is as long as the extension adaptor, meaning it will jut out considerably on older laptops without built-in Type-C ports, especially when you add in the Type-A cable. On desktops, this should be out of sight and out of mind, but laptop users with limited workspace will need to get creative with organizing.

Once it’s plugged in, however, the Prime Wireless is another fantastic mouse from SteelSeries. There are only five buttons—left and right, wheel, and back/forward buttons by the thumb—and a scroll wheel, but no button up top to toggle between CPI presets. To switch between the five available levels, you’ll need to give up another button or dip into the SteelSeries GG software. Instead of alt-tabbing out of my game or risking accidental toggles by using the clickwheel button, personally, I found it more practical to compromise on a CPI setting. I settled on using 1800 when I normally jump between 1200 and 2400 on the Rival 5.

“Once it’s plugged in, however, the Prime Wireless is another fantastic mouse from SteelSeries.”

Ergonomically, the Prime Wireless is the perfect shape and size for portable setups. It’s not quite as large as the more full-featured mice but still fits my palm comfortably and can slip readily into your bag—but again, given the dongle’s size there’s no onboard storage, so you’ll need to find a safe pocket to tuck it in as well.

In terms of battery life, you’ll go for long stretches between recharges if you configure the Prime Wireless conservatively in GG and remember to switch the mouse off physically when not in use. The modest RGB lighting, tucked in the sides of the wheel, can be set to dim automatically when idle to assist in this department. The charging cable slips into a port above the buttons.

Aside from the restrained 5-button setup, everything else you come to expect from SteelSeries gaming mice is here—the potent TrueMove Air sensor, 400 IPS max speed, CPI up to 18 000, and magnetic optical switches rated for a massive 100 million clicks.

All told, the SteelSeries Prime Wireless is a simple and effective wireless gaming mouse for most setups. It may not have as many bells and whistles as other wireless mice in this price category, but if you’re looking to keep things simple and clean while still excelling at your favourite online game, it’s a strong contender.

The Prime Wireless is a modest, no-frills option for esports gamers on the go, though held back slightly by the size of its transmitter. 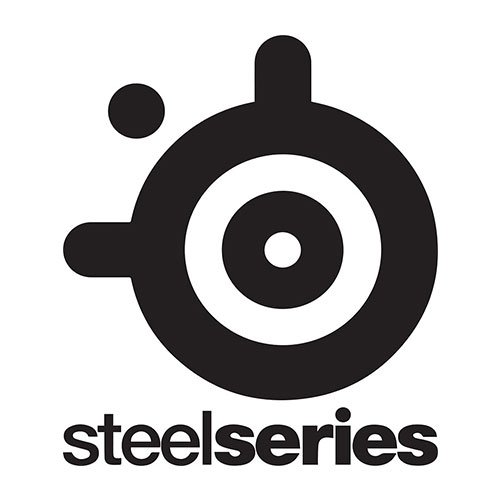