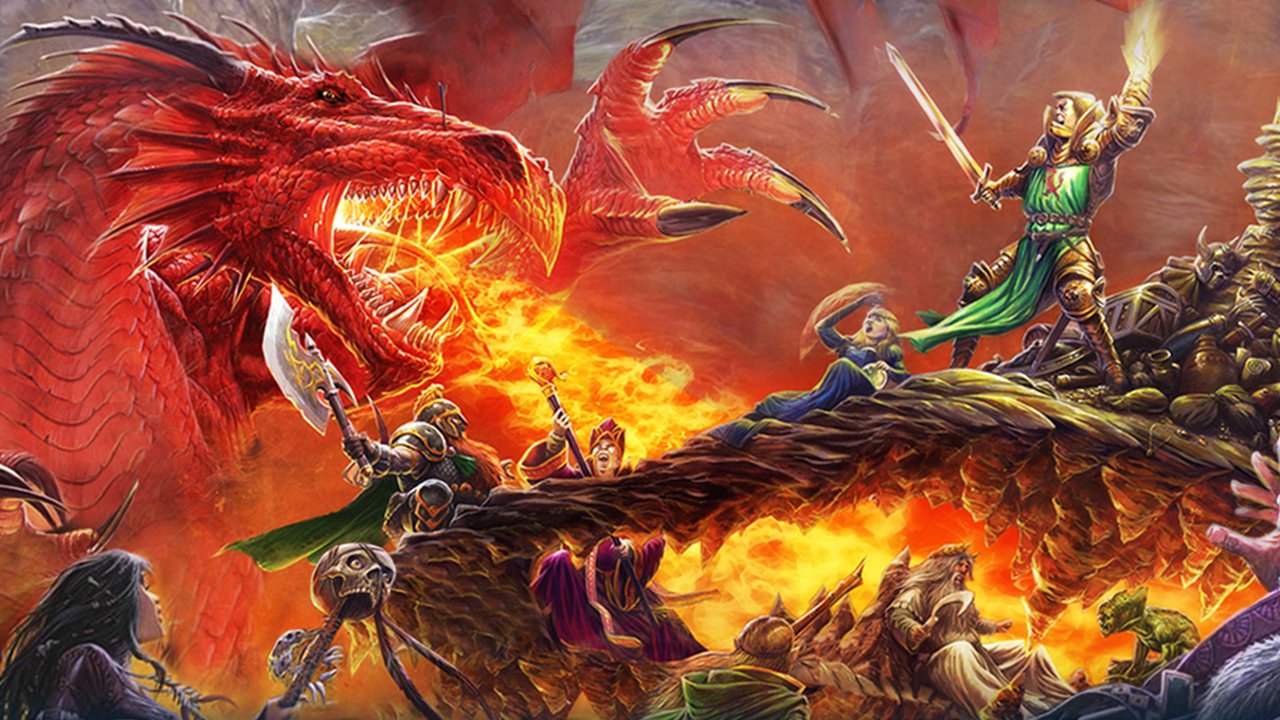 cgFantasy board games have been a staple of the medium since its inception. In a sense, video games are essentially a really in-depth board game brought to life. Instead of physically rolling the dice, code written by a programmer rolls it for the player. With Talisman: Digital Edition, the dice are placed back in the player’s hands, so to speak.
Launched last year on Steam, the online version of this fantasy board game makes its way to the PlayStation 4 and the PlayStation Vita and it’s pretty good for a straight port. The basic goal is to reduce your opponent’s life total to zero through battle or by gaining the “Crown of Command.”

My favourite part of this game has to be the sheer depth of characters at the player’s disposal. Even with the base game, there are almost 20 characters to choose. From the Warrior, who has the option to use two weapons at once which allows him to roll 2 dice during battle, to the hardy and sure-footed dwarf that can resist effects on the board that mirror his rocky homeland.

The art in this game is pretty great. Each card has a well-drawn picture accompanying it and the board itself is also nicely represented. Unfortunately, they are just scans of the physical versions—which make sense—but it would have been nice to have seen some sort of update for a digital platform.

The board is another beast altogether, though. Essentially, there are three levels that the player needs to make it through in order to gain the “Crown of Command” to subdue their opponents and reduce their lives with the roll of a dice. In my experience playing the real-life version, the game usually ends here as it’s incredibly difficult to defeat the player with the crown. But as this is a digital version, you play until the very end (unless you manually quit).

Every spot on the board has a unique twist to it. Land on a field space, and players must draw an adventure card from the adventure deck. This could hold a plethora of items such as gold for the vendors, a weapon to increase strength or even an enemy to battle. Battles are where the game gets interesting. Much like Risk, winners are determined by the dice. Roll higher than your opponent (be they a monster or another player) and you win! The number can be buffed by items found throughout your adventure, things such as potions or weapons and your strength level at the time. I really liked this system as it feels like playing a quick game of Dungeons & Dragons. Pop a potion before a battle begins and equip your sword and suddenly players go from a three strength dwarf to a seven base strength angry Gimli, throw in a roll of six on the die and it feels really good. One of my favourite parts of the battle system, and it’s unique to the digital edition, is the option to “quick-kill” an enemy. If users are powerful and a 1 strength wolf is drawn from the deck, players can just hit a button and it’s gone, no dice rolls. This speeds up the game quite a bit. Add to that the ability to speed up the AI and a game that could normally take 3 hours can be finished in 45 minutes.

The fun part about digitizing board games is the ability to play online, and thankfully Talisman: Digital Edition, is strong in that department. I played several games online and it went pretty well. It’s essentially the same as the offline version but with longer wait times as your opponent makes decisions. It’s tough to beat playing person-to-person, but it does avoid any potential board flips that could happen.

The board itself consists of three levels players need to make their way through. This was pretty cool as I felt like I was making my way through a fantastical world of beasts and magic. The outer ring is the easiest and consists of the most spaces. Most are farmlands or ancient ruins and mostly serve to build up your character for the later game. There are two hubs in the game and two inns in the four corners. The city consists of the Alchemist, the Doctor and the Enchantress. All of these merchants can help or hinder you and your opponent’s games, for the right price.

Once you’ve made your way around the board and have buffed yourself up there are a couple of ways to make your way to the second ring, know as The Desert. You can buy a raft for gold and jump over the river to the adjacent space, or you can battle the Sentinel, a colossus that guards the bridge to the desert. He’s beefy so you need to be tough enough to beat him. It’s a really cool part of the game as you get to see if your preparations are enough to defeat him and it adds more than a simple roll of the dice.

Unfortunately, battles in this game leave a little to be desired visually. It’s essentially just two cards running into each other with a slash animation thrown in for good measure. It’s a missed opportunity as the best part about digitizing board games are the animations that can come along with it (see Monopoly Junior released in cereal boxes in the early 00s).

Making your way through the desert is easy enough, but in order to make it to the Crown of Command, you’ll need a Talisman (get it?) to break into the third plane. This is where the games’ flaw came through. Relying heavily on luck can be frustrating in a digital medium. It just feels cheaper, like an electronic slot machine. Players can get a talisman in a number of ways. They can finish a warlock’s quest, which usually consists of finding an item or defeating an opponent in battle. Or, they can draw one from the deck.

The most annoying thing about this game has to be the lack of tutorial. There are help screens that pop up intermittently to guide the player once a situation comes up but there doesn’t seem to be a way to bring them back up once they’re gone. Couple that with a UI that just straight-up uses the touch pad as a mouse and my giant fingers and short patience were no match for this game.

Don’t get me wrong, this game wasn’t a chore and at $40 it’s a great deal for a board game. If you’re playing locally, as I did a few times with my fiancé, there is an option to use one controller which further saves you money.

All in all Talisman: Digital Edition is a lot of fun. It can be played with two to six players and can last pretty much as long as you want. It’s also great for if you have friends over and want to sit comfortably on the couch instead of hunched around the kitchen table. I just played the base game for this review but there are several expansions you can get with several new characters (68 in total with all expansions) so you’ll never have the same game twice.

File Under: Board Game