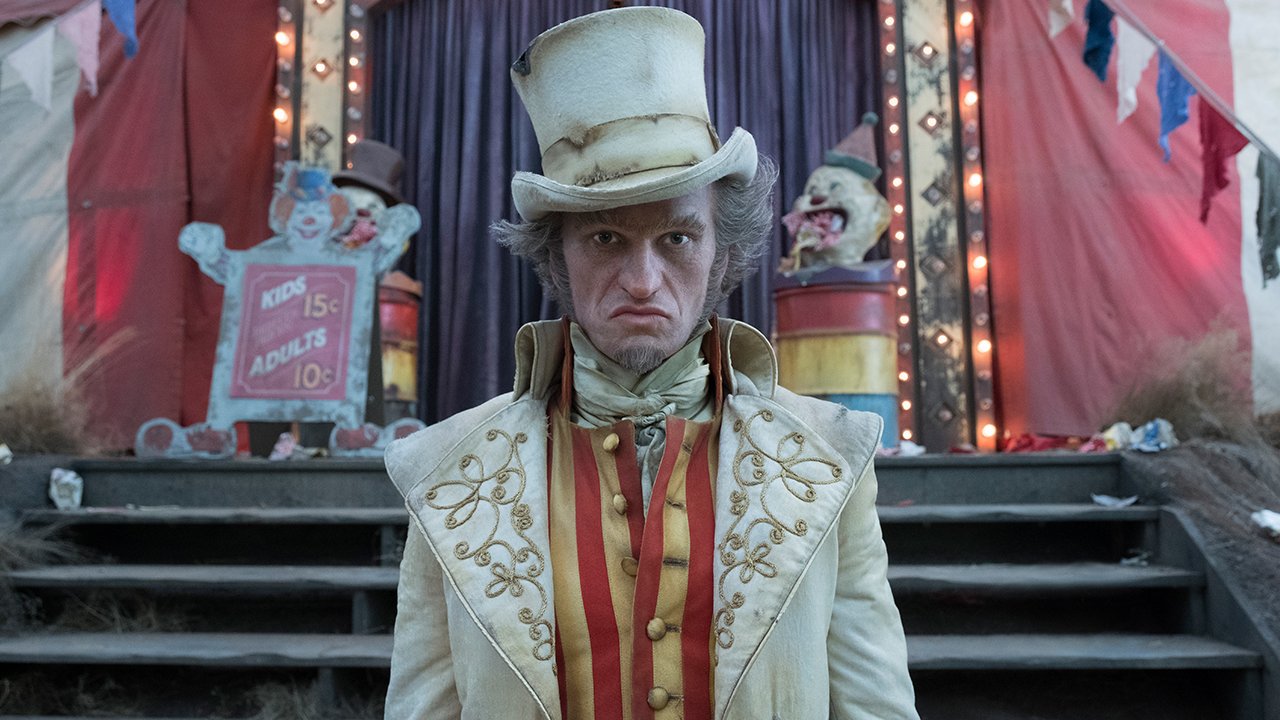 Adapting A Series of Unfortunate Events was a monumental undertaking, both for director Brad Silberling in 2004 with the ill fated but not-bad-at-all Jim Carrey vehicle film, and for Netflix showrunners Mark Hudis and Barry Sonnenfeld. Striking a balance between the ongoing meta-narrative of in-universe author Lemony Snicket—done to aplomb by Patrick Warburton—is tough on its own, not to mention the herculean task of managing quirk and horror, two states of being that dance on the head of a pin throughout the series. While the film stopped at book three of thirteen, the series is trucking through to nine this year—of which I was able to view up to eight—which brings with it a certain degree of fatigue and wonder.

Once again the Baudelaire orphans are bouncing around from family to family after their parents supposedly died in a fire, running from the evil Count Olaf all the while. The first season started to clue us in that Olaf perhaps had a history with their parents, and a secret society of some sort, a revelation that’s…still mostly unanswered in the front half of the second season.

Now I’m all for a good mystery and stringing out subtle clues here and there—the relationship between several principle characters and the orphan’s mother Beatrice are peppered throughout—but at this point A Series of Unfortunate Events can feel awfully withholding, the main issue is pacing. It’s not the show’s fault per se, as they follow the books fairly closely, but the steadfast commitment to have each book last two hours, meat or no meat, does feel unnecessary when incorporating several plotlines and superfluous dance numbers. Toward the latter half of the series we’re finally getting to see the Baudelaires in dire straits—at least, even more dire—without resorting to the “guardian to guardian” formula that honestly, could have done with a few less guardians: but it takes a considerable amount of effort on our part to get there.

The main cast is now all settled in comfortably, for—mostly—better or worse. Malina Weissman works her magic in every scene as the family genius Violet Baudelaire, but Louis Hynes’ Klaus doesn’t have a whole lot to do on-screen except occasionally yell in peril. Perhaps he hasn’t had the opportunity to really flex his chops yet as he only gets one featured episode, but typically the now-toddler Sunny and Violet command attention at every turn and very much drive the story. The supporting cast, even some that are danger of pure cameo fodder, are fantastic. Nathan Fillion doesn’t disappoint as a dapper investigator close to the plot, Tony Hale and David Alan Grier have great turns as a hapless millionaire and a trusting near-blind file clerk respectively. A lot of people from the top down have put a lot of heart into this show to help it come to life.

My thoughts on Neil Patrick Harris as Count Olaf haven’t changed, and have in fact been exacerbated by the aforementioned fatigue of this season. Harris often gives it his all in the challenging role, never turning down an opportunity to croon and dance despite how played-out the concept can feel at this point—we get it, NPH is a man of many talents—but he never really succeeds at his chief charge of a formidable schemer. It’s not fair to compare him to Jim Carrey, one of the greatest character actors of our time, who was able to swap in and out of terrifying and bumbling personas at the drop of a hat, but Harris simply lacks presence, especially during some of the darker points in the story. Conversely, some returning supporting players like K. Todd Freeman as banker Arthur Poe, are as charming as ever, relishing the idea of slipping back into their fictional skins. Olaf’s entire crooked retinue is a sight to behold, and the comedic timing of Usman Ally as the Hook-Handed Man is a bright spot.

It’s another point of contention for viewers dating back to the genesis of the show, but I adore the lower-budget set pieces. I’m not sure if it’s a deliberate decision to err on the side of surrealism or pure monetary restrictions—or a bit of column A and B—but some of the locales this season really sing. The mostly claustrophobic and limited corridors of the Hostile Hospital are sufficiently scary, the penthouse at 667 Dark Avenue is satisfyingly swanky, and the Austere Academy is just plain unsettling. No amount of ancillary CG can detract from the charm of these fully realized dystopian nightmares.

Part of the reason I’m a little down on the second season of A Series of Unfortunate Events is purely due to the source material, but don’t think for a minute that my high has plummeted as low as the Ersatz elevator shaft. The casting department has done an unquantifiable superb job of cycling in fresh talent for this rather rapid-fire miniseries event, and the mystery is still intriguing enough to see through. Now that a few training wheels and plot crutches have been chucked to the side, season two sets the stage for a flourishing finish to come.

Season 2 drags at the start and starts to re-use beats already done in the first, but there's still clearly a lot of heart here. 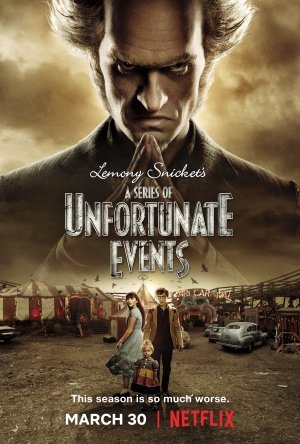