The end of a series is an intimidating process for anyone involved. Fans are hard to please and ending a show after six seasons leaves a lot on production’s shoulders. Luckily, the sixth and final season of Lucifer managed to tie up all its loose ends in a way that feels satisfying for viewers and still makes sense for the series as a whole.

I cannot stress enough how many shows I’ve invested myself in that have gone on to end on an extremely cheesy note, the stereotypical happy ending or, even worse, a finale that leaves you with more questions than answers (I’m looking at you Good Girls). Without revealing any important plot points, I can say that I was happy with the way Lucifer ended, and they really managed to give fans closure in the final episode.

The season six trailer manages to look at so much of the show without giving you any real information. We know Lucifer is getting ready to take on his father’s throne, becoming God. It gives glimpses of the glamorous lifestyle the Devil leads, something we have seen plenty of in past seasons. We see a mysterious, seemingly tough, young woman (Brianna Hildebrand, Deadpool), though we don’t know who she is, only that she has set out to destroy Lucifer Morningstar (Tom Ellis). The season brings so many twists and turns that you will want to binge-watch it in a day. I recommend taking some breaths in between episodes.

“Tom Ellis is as charming as ever as Lucifer, which is still a confusing thing to say about the actual Devil.”

I’ve found the past five seasons of Lucifer entertaining, suspenseful and enjoyable, but this is the first time I would describe the show as heavy. Serious issues are tackled in every episode, and you barely get a break to sit back and just enjoy through the season’s ten episodes. This isn’t a complaint, the show had me hooked from the first episode—I finished it in two sittings.

Tom Ellis is as charming as ever as Lucifer, which is still a confusing thing to say about the actual Devil. This time around however, I saw real depth to his character. Not just falling in love, but real fear, remorse, deep love and even heartbreak. One episode toward the end of the series had me inconsolable—I’m tearing up now just writing about it—and that is solely because of Ellis.

His switch from the lighthearted, chaotic Devil to someone dealing with real struggle tore me apart. At one point, I noted that it didn’t even look like him anymore and the only tool he used was the complete despair in his eyes. Though I’m disappointed that the series is ending, I can say that I am absolutely looking forward to whatever Ellis does next.

“… it didn’t even look like him anymore and the only tool he used was the complete despair in his eyes.”

It’s hard to talk about what the characters experience without any major spoilers, but this season is packed with individual story lines for all of our favourite characters. Of course, season six is packed full of Chloe (Lauren German) and Lucifer adventure, but Dan (Kevin Alejandro), Ella (Aimee Garcia), Eve (Inbar Lavi), Mazikeen (Lesley-Ann Brandt), Amenadiel (D.B. Woodside), Linda (Rachael Harris) and even Trixie (Scarlett Estevez) all have significant parts to play in the finale.

This season managed to give every character a meaningful send-off. The only character I felt wasn’t really addressed in the final moments was Linda, but it wasn’t something that was missed. Everyone has their own individual storyline this season that will resonate with fans. The issues tackled and the representation throughout the ten episodes was an excellent sight to see, and the series took them on with tact. I never felt like it was pushed down my throat. It all felt purposeful and the trials they went through helped develop each character as the finale came closer.

Of course, no series can end without a few plot holes. Though I can’t get into deep specifics, there are definitely some promises made that had me saying, “Why?”. For everyone to receive the ending they truly deserved, the show made a few leaps that viewers are going to have to roll with for it all to come together in the finale. I’m sure this can be said for most shows and movies, so this wasn’t a deal breaker, but something that should be noted.

Season six of Lucifer was a rollercoaster. The highs were high, and the lows broke my heart, but I wouldn’t have it any other way. Tom Ellis pulled on my heartstrings like never before, giving the last few episodes a little extra fire behind them. I rarely enjoy the ending of a series, but Lucifer tied up all the loose ends nicely and fans will be satisfied with where the series finishes off. If you’ve been watching for the last five seasons, don’t miss out on Lucifer season six. If you haven’t been watching, Netflix has everything you need to dive in—and I highly recommend you do.

Lucifer season six had a massive job in needing to close out a fantasy series without making it too unbelievable. The series did exactly what it needed to, and even though it took a few leaps, the acting and writing gave Lucifer fans the finale we deserved. 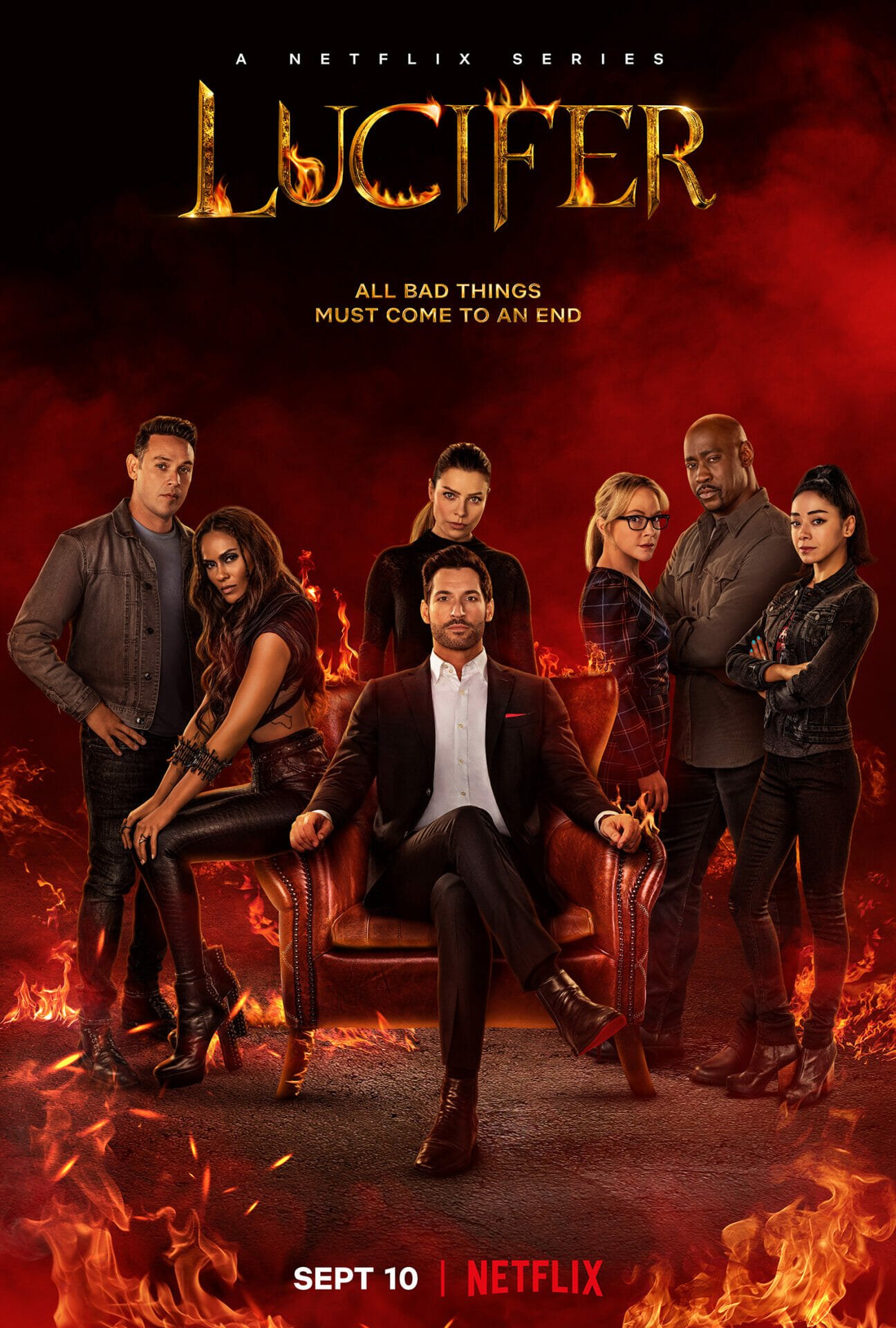