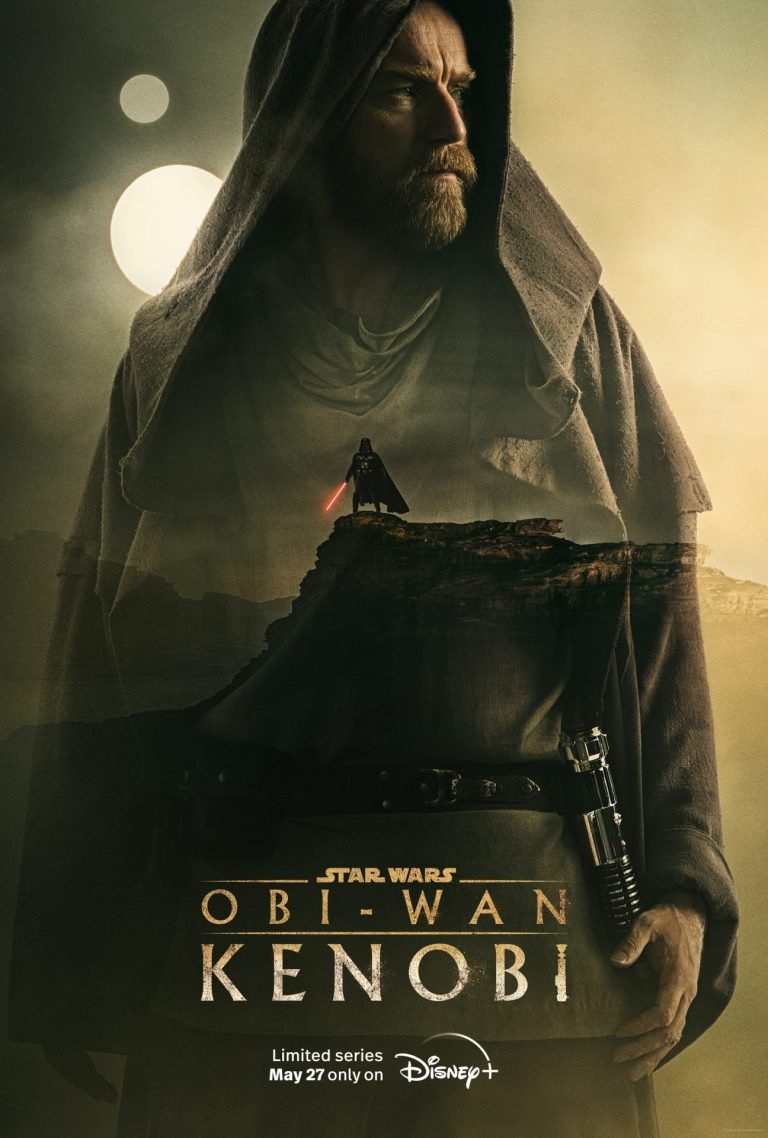 Obi-Wan Kenobi brings balance to a franchise that has seemingly moved on from the iconic Star Wars character. But Lucasfilm lovingly embraces the prequel trilogy to tell a story die-hard fans have waited decades for. The series bided its time for Ewan McGregor, who has aged gracefully to become the most complex version of Kenobi yet.

McGregor is the secret weapon for Canadian director Deborah Chow (The Mandalorian, Jessica Jones, Better Call Saul) across two episodes. Obi-Wan Kenobi makes a strong impression for fans warming up to George Lucas’ refresh in 1999. It doesn’t shy away from Star Wars’ first three episodes. Instead, the series makes up for lost time from Kenobi’s fateful duel in Revenge of the Sith to bigger events in A New Hope. There’s much ground to cover as Chow juggles character-focused storytelling and meeting higher expectations. But she successfully pulls this feat off by respecting an overlooked source material.

The Mandalorian and The Book of Boba Fett were first for a live-action Star Wars series. But they also built new and grounded stories between eras. Obi-Wan Kenobi does the same – if not better – with an exception. It very much feels like a direct sequel to Revenge of the Sith and puts some kind of dent for that next film. This is an effect I last spotted in Rogue One, which preserved and changed the way fans saw A New Hope decades later. Calling Obi-Wan Kenobi a fourth prequel film would be an understatement given the longer length.

“Calling Obi-Wan Kenobi a fourth prequel film would be an understatement.”

Extra credit goes to Obi-Wan Kenobi’s no-nonsense flair throughout. The bygone prequel era is supposed to be depressing. Kenobi is one of the last Jedi in hiding after Order 66. This pivotal event from Episode III is revisited with lasting implications – something Obi-Wan Kenobi gets right in its first minutes. Without spoilers, Kenobi is in a much darker place since his duel with former apprentice Anakin Skywalker. The show doesn’t hold back in showing viewers Obi-Wan’s state after his glory days died on Mustafar.

Ewan McGregor carries the franchise though six episodes with a stellar performance. It’s only natural for him to be rusty, which brilliantly shows viewers how far Kenobi has fallen. In fact, the Jedi is uncomfortably a shell of his former self. After a lifetime of existing as a Jedi, Kenobi finds himself in an identity crisis. He’s vulnerable and hurt – something viewers will see for the first time from McGregor.

Obi-Wan Kenobi doesn’t waste time spurring McGregor’s transformation into the late Alec Guinness. By the show’s start, Ben veers closer into the hermit viewers saw 45 years (and two days) ago. Kenobi delivers just enough of his meager lifestyle before turning it upside down. As I suggested, he’s far from the fully-formed elder and that’s okay. In fact, this development isn’t a problem with the benefit of length. The show satisfies by catching fans up with Kenobi while upping the stakes. Each episode feels more important than the next one, in a journey that puts the reluctant Kenobi back into action. The show’s biggest plot twist puts his quiet life to rest in a good old-fashioned adventure.

“Despite losing a few steps, Kenobi shows a glimmer for fans who missed his prequel-era charm.”

But Kenobi finds himself closer to the crosshairs of Inquisitors. It’s a treat to see the Star Wars Rebels and Jedi: Fallen Order villains in live-action. They brilliantly fit the bygone era as Darth Vader’s (Hayden Christensen) empire takes over. Obi-Wan Kenobi does plenty to develop The Grand Inquisitor (Rupert Friend), who hunts for all the surviving Jedi across the galaxy. Friend channels a bit of cool and murder from his experience in Hitman: Agent 47. He sports enough patience for other Inquisitors like Reva/Third Sister (Moses Ingram), who is obsessed with finding bigger prey. Between Reva and Fifth Brother (Sung Kang), the Inquisitors hunt competitively like hyenas. Whenever there is a subplot involved, it all stays connected to Obi-Wan without veering off.

Viewers will feel such tensions between Obi-Wan Kenobi’s characters. Sharp writing makes a case against Kenobi’s real purpose on Tatooine. As shown through A New Hope, he’s invested in Luke Skywalker. Owen Lars (reprised by Joel Edgerton) sells his hostile chemistry with Obi-Wan, well-knowing how Darth Vader was created. No line of dialogue felt wasted, even as Obi-Wan Kenobi trades that Disney-scented humour with wit. The show finds sympathy for Kenobi through his guilt and helplessness at first. But it also finds some laughs as characters won’t hesitate to question Obi-Wan’s age and abilities. Despite losing a few steps, Kenobi shows a glimmer for fans who missed his prequel-era charm.

Two episodes in, viewers will get to see a slower buildup to bigger moments to come. But there’s still enough action from Obi-Wan Kenobi to entertain. While Kenobi’s own rustiness adds more tension against his new foes. Fans might say “so uncivilized” one too many times across blaster battles and chase scenes in every episode. The show also benefits from those Star Wars sequel trilogies, not limited to dazzling special effects and bliss action choreography.

Obi-Wan Kenobi rightly keeps fan service to a minimum. Instead, viewers might have their jaws drop for plot devices which neatly push the stories forward. I won’t spoil these details – which pay more respect to Lucas’ prequels than I imagined. Patience is needed to see Canadian actor Hayden Christensen regain his footing (no Star Wars pun intended) as the Dark Lord of the Sith. But these appearances could come sparing to Obi-Wan Kenobi’s focus on the Jedi Master.

Kenobi’s best qualities are held back for the sake of variety. I say this with reservations after following the character across the films and Clone Wars series. Viewers early on might have to chuck their expectations out the window for a swashbuckling lightsaber adventure. Here, Obi-Wan Kenobi suffers a bit for keeping any sort of Jedi gesture on the down-low. Of course, this means viewers get less of what makes Obi-Wan Kenobi a unique show.

The story is still very Force-driven unlike The Mandalorian and Boba Fett. But viewers can find it exhausting to expect non-stop Jedi action and get a familiar formula instead. Again, this comes without knowing what happens beyond the two episodes. While I’m open to things looking up as Obi-Wan Kenobi develops into a full six-hour long film.

Obi-Wan Kenobi treads through uncharted territory between two iconic eras with confidence. Deborah Chow gives fans a satisfying reunion with the Jedi Master. An aged, yet grizzled performance comes natural for McGregor who still has a few ways to reinvent Old Ben. In less than two episodes, the series turns a newfound appreciation for Lucas’ prequels into a marriage. This tense adventure leaves a lasting impression on Star Wars stories to come. More importantly, Obi-Wan Kenobi shows a saturated franchise can go further by changing the way viewers see older films.