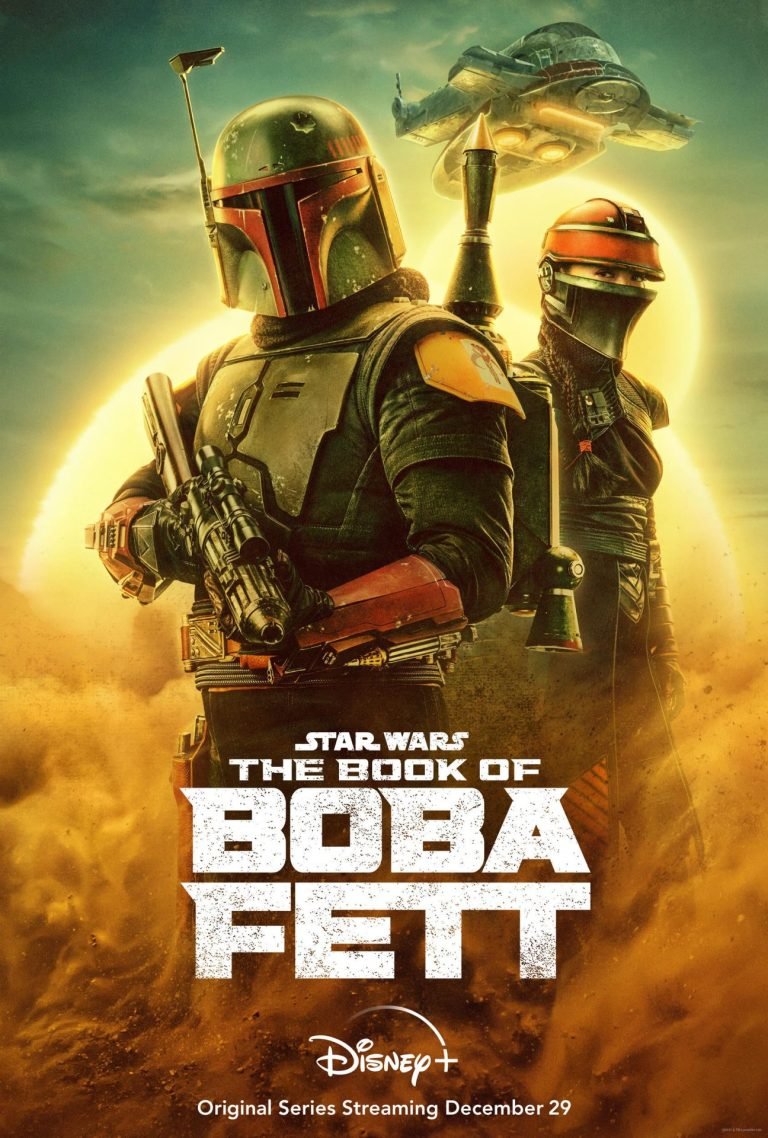 Despite his massive popularity, Star Wars’ most infamous bounty hunter has never had a starring role or even that much screen time. But all of this will be remedied in The Book of Boba Fett, which has set the table very neatly with its first episode.

Following the events of The Mandalorian season 2, Boba Fett has his armour back, a new business partner, and a power vacuum to fill. In this “present” timeline, it’s been about five years since Jabba the Hutt died and the Galactic Empire fell, and thus since Boba Fett was last seen. It would seem some of his notoriety has been lost, as we see in the throne room scenes where various associates offer thinly veiled threats alongside platitudes.

In the same way as The Mandalorian, The Book of Boba Fett offers viewers glimpses of the state of the galaxy post-Empire. Anakin Skywalker’s hometown of Mos Espa seems to be thriving since we last saw it in the Prequels. The Sanctuary cantina is a far cry from the grungy dive in Mos Eisley where we first met Han Solo and Chewbacca—instead of a bar fight, Fett has a comparatively productive conversation with proprietor Garsa Fwip (Jennifer Beals).

Fett’s determination to rule with respect is an unexpected turn for a character who was introduced with an affinity for disintegrations. But as the episode’s present fight scene shows, he may not be entirely on his game anymore, despite his awe-inspiring introduction on The Mandalorian.

“In the same way as The Mandalorian, The Book of Boba Fett offers viewers glimpses of the state of the galaxy post-Empire.”

The rest of the episode explains why through a series of flashbacks, starting with his escape from the Sarlaac pit. We also see how he was separated from his father’s armour, a fate first alluded to in Chuck Wendig’s 2015 novel Star Wars: Aftermath. Tatooine’s harsh climate and harsher inhabitants put the antihero through hell for the remainder of the episode in a series of events that almost evoke 70s/80s sci-fi or sword-and-sorcery flicks like Conan the Barbarian.

Temuera Morrison carries The Book of Boba Fett’s first episode as Boba Fett and is strongly assisted by Ming-Na Wen’s Fennec Shand. It’s great to see both actors being given this time in the spotlight to develop their characters, especially since both originally met undignified ends—Fett being sent to a slow agonizing death with a slapstick comedy routine, and Shand having been betrayed by Toro Calican, The Worst Character Ever. Beals also makes a strong impression with minimal screen time.

Though The Book of Boba Fett is a spin-off of The Mandalorian, it also felt like its own entity. By the episode’s end, I had forgotten I was watching a “side story” until the credits began to roll over concept artwork and Jon Favreau’s name appeared, just like Disney+’s flagship show. Robert Rodriguez brought a unique spin to the pilot, and the different focus certainly helps distinguish the two shows. However, I admit I expected a little more crackle, given Rodriguez’s dynamic work on one of my favourite Mandalorian episodes.

If the series builds from this very promising introduction, The Book of Boba Fett will stand on the same precipice as its progenitor and fully justify the character’s status. That being said, I hope it doesn’t neglect to utilize Wen. It would be a shame to leave the legendary actress and the promising character as little more than an enforcer.

The Book of Boba Fett opens with a somewhat reserved yet intriguing first chapter, laying a foundation for the limited series that distinguishes it from The Mandalorian. With any luck, by its end Star Wars’ most recognizable outlaw will have an on-screen story that lives up to his popularity.
REVIEW SCORE
8
File Under: Disney+, Star Wars, Streaming, Tatooine, The Book of Boba Fett, The Mandalorian