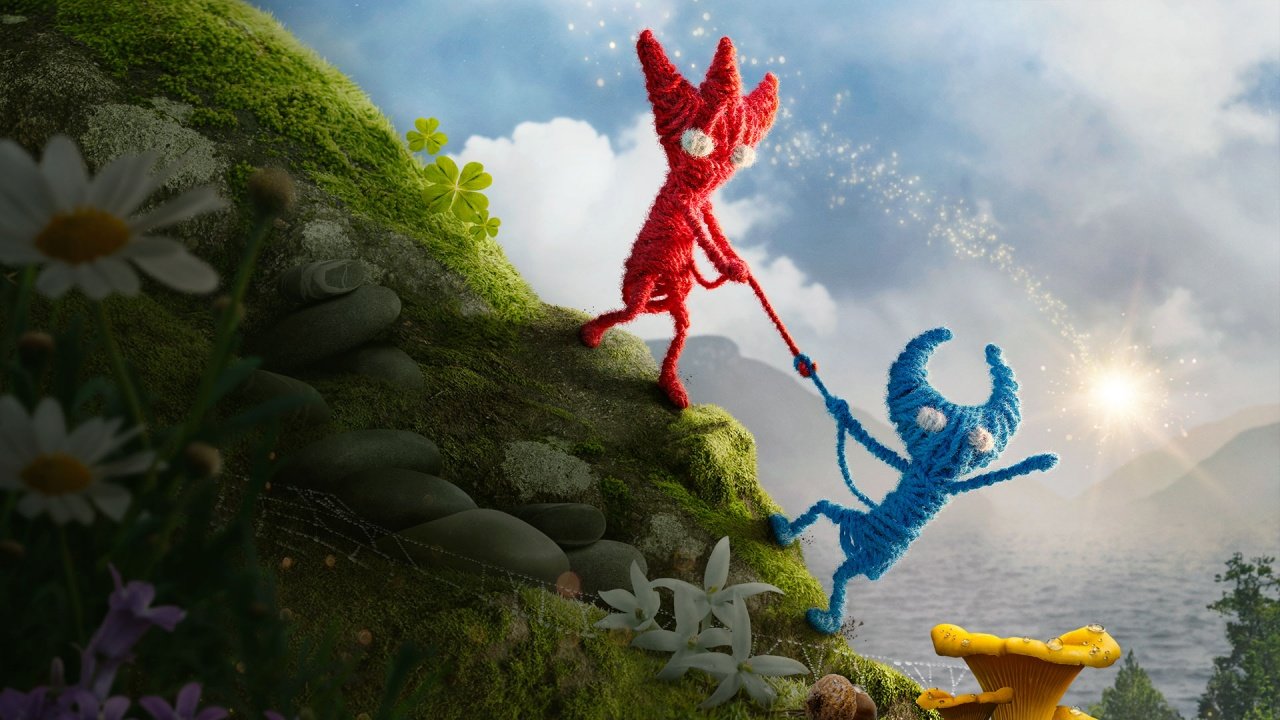 The original Unravel used its thread-made protagonist Yarny as a metaphor for the connections that bring people together and the impact we each have on one another’s lives. With Unravel Two that connection becomes literal, and with it comes an opportunity for the clever puzzle-platformer to add a few new tricks to its arsenal while also capitalizing on its themes by making it a joint effort for two players. However, despite the earnestness of Unravel Two’s intent, it never manages to sell itself as something designed from the get-go with two people in mind.

Unravel Two centers around two Yarnies connected by a thread. Switching between the two of them, setting up solutions, and knowing when to combine the two into one yarn-based being is the key to navigating the world the game sets up. Both characters are tied together, so every puzzle and obstacle requires you to find a way to get both of them out together. This addition fundamentally changes the way the game plays. High stakes moments like a chase scene featuring a particularly determined bird are more frantic because you have to assure the safety of both Yarnies while also having to switch between the two on the fly. Things that would have been slightly more straightforward in the original game are suddenly more complex because you can’t leave a Yarny behind. Either character is capable of picking up the other and absorbing them into their yarn, meaning you’re not always stuck babysitting a deadweight partner. But as such, it divides the game distinctly into two sections: solo and cooperative.

Unravel Two leans into this by allowing the game to be played cooperatively, with two players controlling the individual Yarnies. It’s a charming way to play on the themes, but I ultimately found Unravel Two’s cooperative side a gimmick that actually made fairly simple solutions more complicated, and when the game is still entirely playable solo, a questionable inclusion. Take something like Portal 2’s co-op mode. It required a level of coordination that allowed both players agency, while still needing to come together in times to find and execute solutions. Unravel Two’s symbolic tether makes this agency more of a frustration than a freedom, as you’re stuck to one another and unable to fully explore any environment without the cooperation of your partner. And even so, there are full sections of each level that a second player has to sit and watch because one player has absorbed them into their own character. Multiplayer in Unravel Two is a cute allusion to its themes, but the game at large feels incongruous with it.

It’s clear an effort was made to make sure that Unravel Two was playable entirely alone should someone be unable to get a friend to come sit on a couch and play the game in person (since there is no online option), but as a result, there’s not much incentive to play with someone else. I found myself thinking about Brothers: A Tale of Two Sons, in how it was able to create a single player game with two simultaneous playable characters without tacking on a multiplayer mode. Unravel Two can tell the same story and have its clever two-character-based puzzles without the couch co-op, and I strongly feel that’s the way it’s best experienced.

While the cohesive themes and story, as well as just a generally more clear level design, are all welcome additions to the sequel, the original Unravel’s environmental clarity issues rear their head once again. The 2D plane the game runs on is made up of almost entirely 3D assets, in characters and environment. As a result, sometimes it becomes difficult to perceive what is reachable and what’s not. Those with depth perception issues might find themselves especially agitated,  because the backgrounds and foregrounds blend together, making some jumps a bigger leap of faith than others. Unravel Two is fairly forgiving, with good check points and quick load times, but those who want a tight, clear platforming experience will find moments that frustrate.

Unravel Two demonstrates an understanding of its predecessor’s flaws, and makes quite a few interesting changes to make its own spin on the puzzle-platformer genre feel fresh two years after the original. I just don’t think it delivers on its promise of a cooperative version of what makes the series great, as earnest as I think its inclusion may have been.

Unravel Two is a clever and endearing take on the original’s formula, but doesn’t come through on its cooperative premise. 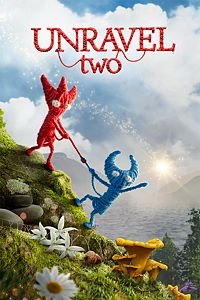