Valerian And The City Of A Thousand Planets (2017) Review 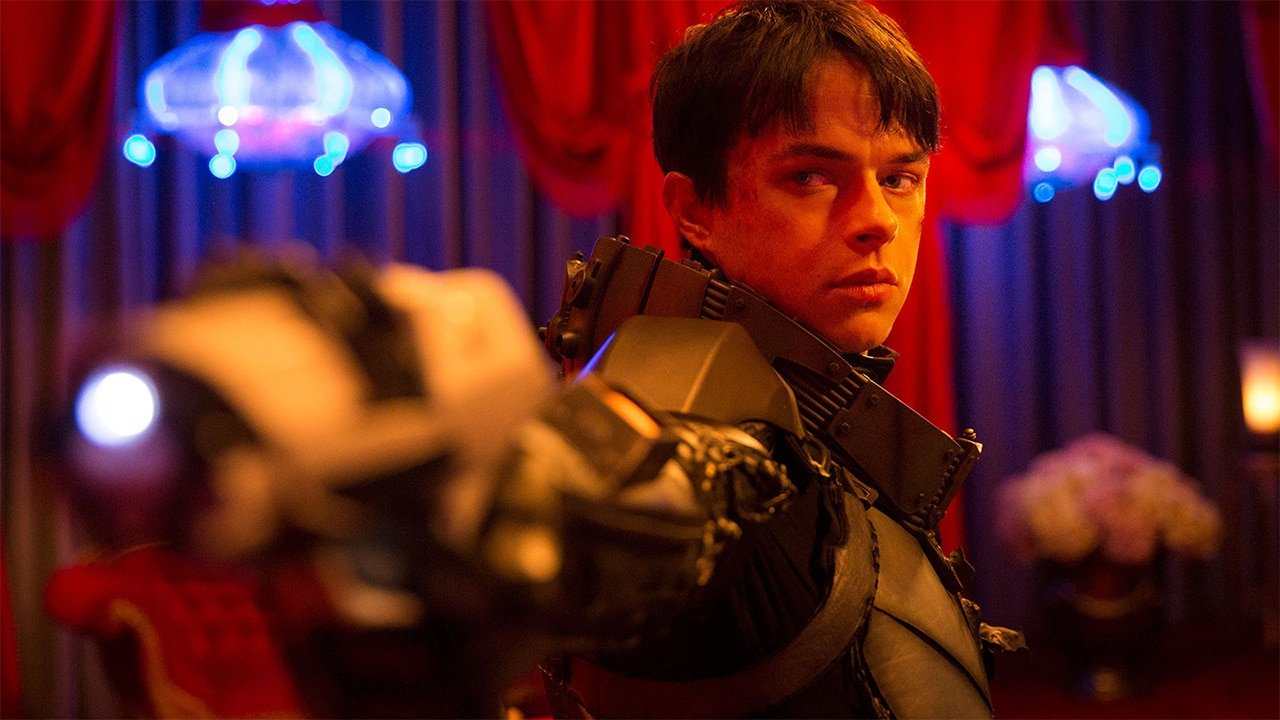 Luc Besson’s Valerian And The City Of A Thousand Planets is an immensely fun movie. It’s also an immensely stupid one. That’s part of the fun, but that won’t appeal to everyone. The flick is every bit as overlong an excessive as its official title (which is so long I shant use it in full again in this review), yet it’s also filled with images, ideas, characters, and explosions that are unforgettable for those who love Besson’s particular brand of Eurotrash genre movie insanity. A good litmus test is The Fifth Element. If you like that bit of blockbuster sci-fi fantasy from Besson, you’ll probably like this. For the 20th anniversary of that movie—based on the director’s teenage fantasies—he’s delivered an unofficial sequel of sorts adapted from one of the cult sci-fi French comic books that inspired The Fifth Element in the first place. Valerian isn’t quite as good as The Fifth Element because it’s not quite as insane, but it’s also likely the most ludicrously lovable blockbuster to emerge in that mould since 1997. That’s either a reason to rejoice or boo, depending on your point of view.

So, the plot—whew boy! This one is crazy and convoluted, so I’ll try to stick with the basics. Dane DeHaan and Cara Delevingne star as a pair of special agent space cops who solve intergalactic crimes in between rounds of flirtatious banter. As you’d expect, the flick is about their biggest caper to date that they almost stumble into by accident. It opens with a dream DeHaan has of an alien race that looks like Avatar on acid being annihilated. The duo then find themselves on a mission at a space mall so gigantic that it can only be accessed through VR headsets that allow shoppers to visit stores across several dimensions. Just when you start to wrap your head around that concept, Besson shoves the pair into a massive intergalactic space station where they protect an alien critter that poops pearls from a conspiracy involving a growling space army commander played by Clive Owen. Along the way they befriend a bunch of other alien weirdos including Rihanna’s shape-shifting stripper.

This is one weird blockbuster and that’s why it is so much damn fun. It’s based on a classic French sci-fi comic book series (that I must admit I’ve never read), but you don’t need to know that in advance to guess those origins. Valerian and the City of a Thousand Planets  is blessed with a neon drug trip aesthetic from another era that tickles the eyes with pure candy-coated joy. Every scene and set piece takes place in some deeply bizarre new setting and all of the props could be displayed in pop art galleries. Best of all, despite the $200 million plus budget, Valerian clearly springs from a singular imagination—and an absolutely insane one at that. The movie obviously only exists because Luc Besson was able to will it into being after cranking out a decade’s worth of successful Eurotrash action flicks like The Transporter, Taken, and Lucy as well as the enduring cult success of The Fifth Element. Movies this crazy aren’t supposed to exist on this scale and for that we should all be grateful.

That said, the film is far from without its faults. Valerian and the City of a Thousand Planets is overlong and underthought. For every brilliant concept or image, there are plenty of clunkers. The sexual politics are questionable (or retro, depending on your point of view), the logic is clunky, and the lead actors have little chemistry despite being star-kissed lovers at the center of it all. Undoubtedly, many people will hate Valerian. It certainly won’t score well on Cinema Sins or on blogs that strip entertainment down to politics and ignore the rest. However, for those who love to embrace the ludicrous and get wowed by imagery usually available only through a mixture of hallucinogenics and dated pop culture.

Like The Fifth Element before it, Valerian is a movie of excess on every conceivable level. It’s much too much in every way, but at least Besson rushes through it at a fever pace. The film is one of constant momentum, never slowing down long enough for viewers to be aware of how stupid it really is until the credits roll and it’s too late to admit that you didn’t have a good time. That’s fine. The entertainment value never ceases—ironic or genuine. Valerian and the City of a Thousand Planets is a giddy sugar rush of sensation and a beautiful work of craft from a master of Eurotrash nonsense unafraid to fall on his face from stretching too far. This thing is a treat for that specific brand of weirdo. Hopefully enough of us exist for Valerian to be a hit.

Final Thoughts
Luc Besson’s Valerian might be as overlong and excessive as it’s full title, but it’s also one of the most imaginatively goofy and enjoyably ridiculous blockbusters to come along in many years.
More From CGMagazine 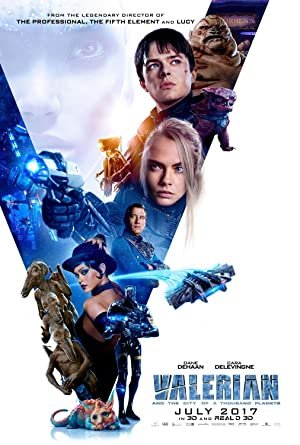