A Perfect Balance of Blood and Humour
SCORE: 8/10 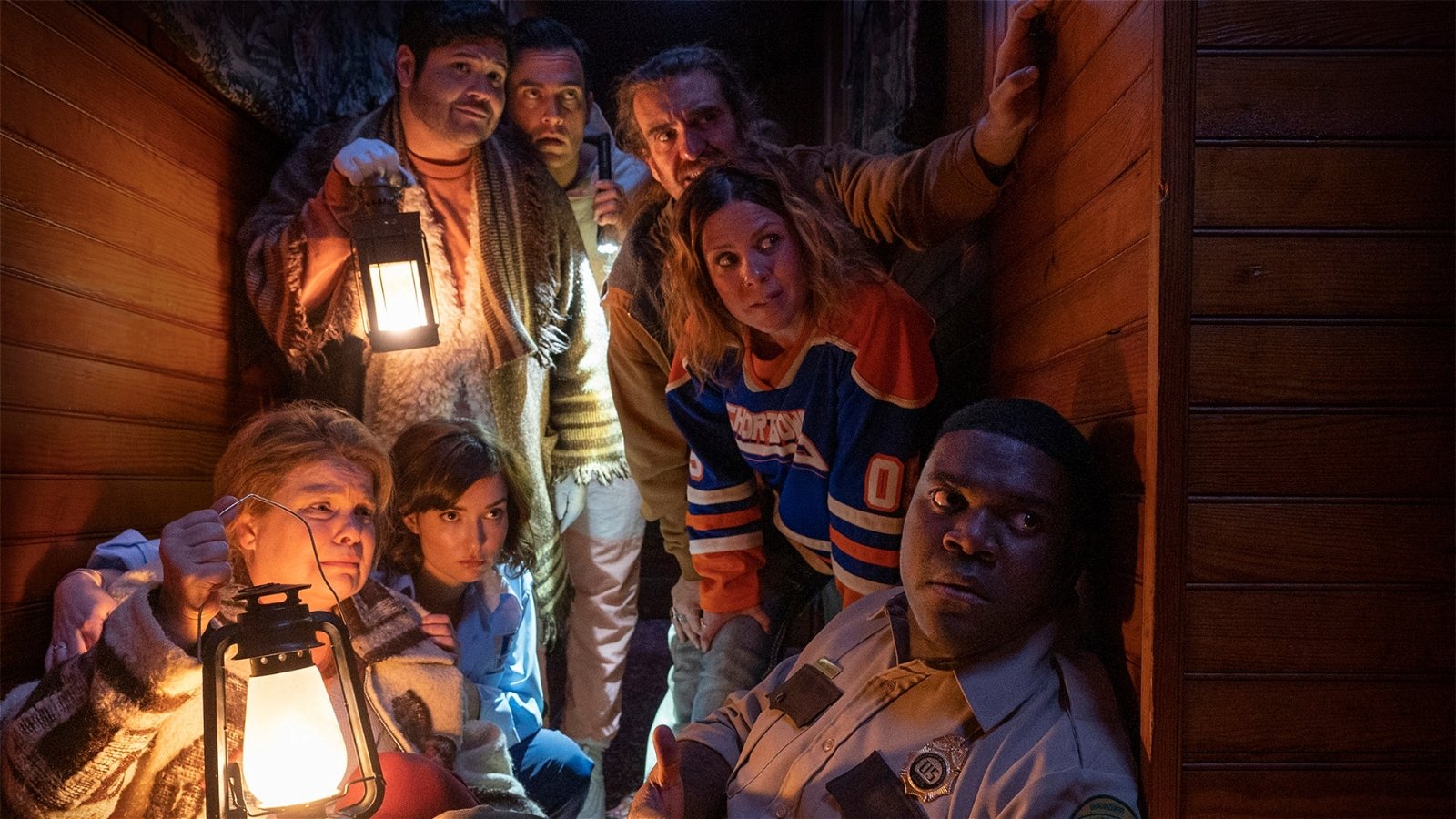 I will come clean; I am a sucker for a good mystery comedy. There is a reason Clue is one of my all-time favourite movies. The blending of the absurd with the serious works well, and in the right hands can lift a normally fun project into something extraordinary. Throw in some horror elements, and things can get even more entertaining, at least that is the case in the new Ubisoft game inspired Werewolves Within; a descent into small town madness that is as captivating as it is absurd, and it is a must-watch for fans of the genre.

Director Josh Ruben, and writer Mishna Wolff take on the adaptation of an Ubisoft multiplayer VR game, and elevate the material with clever concepts and fun characters that suck you into their fear and betrayal. Werewolves Within centers around park ranger Finn Wheeler (Sam Richardson) as he moves to the small town of Beaverfield. Coming to grips with his new life and the new town, he quickly makes friends with postal worker Cecily Moore (Milana Vayntrub, This Is Us) and gets to meet the rest of the small-town inhabitants.

“Werewolves Within blends the antics of a who-dun-it and horror in a perfect way that makes everything feel natural and enjoyable throughout.”

With the town folk holding grudges and a new pipeline looking to make some people rich, the tension between people has never been worse. When an attack takes place, combined with a blizzard, things go from bad to worse as the bodies start to pile up and the question as to who is at fault is on everyone’s minds. No one is free from suspicion as the town descends into murderous hijinks slowly killing off the cast of characters in brutally comical ways.

Taking the concept from the VR game, Werewolves Within blends the antics of a who-dun-it and horror in a perfect way that makes everything feel natural and enjoyable throughout. It can be hard to blend these concepts at times, but with the fantastic ensemble cast everything works fantastically well. When you have such actors as Sarah Burns (American Vandal), George Basil (Crashing), Michael Chernus (Orange is the New Black), Harvey Guillén (FX’s What We Do in the Shadows), Cheyenne Jackson (30 Rock), Michaela Watkins (Casual), and Glenn Fleshler (Barry), it is understandable when things just work, but the actors embody their characters wonderfully making every moment on screen a joy to watch.

As is the case with most movies of this nature, the characters all embody a type, giving them a clear concept of who they are, even with the quick introduction everyone gets. But even with these caricatures—the actors make them their own, breathing life into them through delivery, the way they carry themselves, and how they deliver lines. But it is Sam Richardson’s Fin Wheeler that steals the show. He brings an earnest “goodness” and energy to the role that makes him feel idealistic and tailor made for the role. It is a pleasure to watch him try and bring peace to the chaos, only to have it all fail as everyone is too self-absorbed to listen to reason, let alone the concept to work together.

“There are some truly cathartic moments where the people you have been dying to see face consequences get what is coming to them in the most twisted ways.”

As with all films of this nature, the buildup and explosion of violence in the third act is what makes this film so fantastic and twisted. It brings forward all the setups you come to expect in some of the most brutally fun kills in modern horror comedy. There are some truly cathartic moments where the people you have been dying to see face consequences get what is coming to them in the most twisted ways, and I was here for every moment of it.

For all the horror fanatics out there, there is enough brutality and scares to make it worth the watch. The creature effects—while by no means as good as American Werewolf In London—stand on their own, and give a good sense of the monster at the center of the film.

The pantheon of video game movies is woefully inadequate, with the most recent Mortal Kombat being one of the few I have enjoyed in recent years—but Werewolves Within surpasses the stigma and manages to be a solid flick in its own right. It is a fun movie that takes the concept and runs with it in exciting ways.

Will Werewolves Within beat out Clue as one of my favourite films in the genre? No, but it does not need to achieve this to be a great experience that everyone who loves the genre should dive into. As I said, blending elements often does not work as expected, but somehow the team behind this movie made it work, and work well.

Defining the video game movie curse, Werewolves Within is a fun, mad capped journey into paranoia that shows how well horror and comedy can work together to make something special. 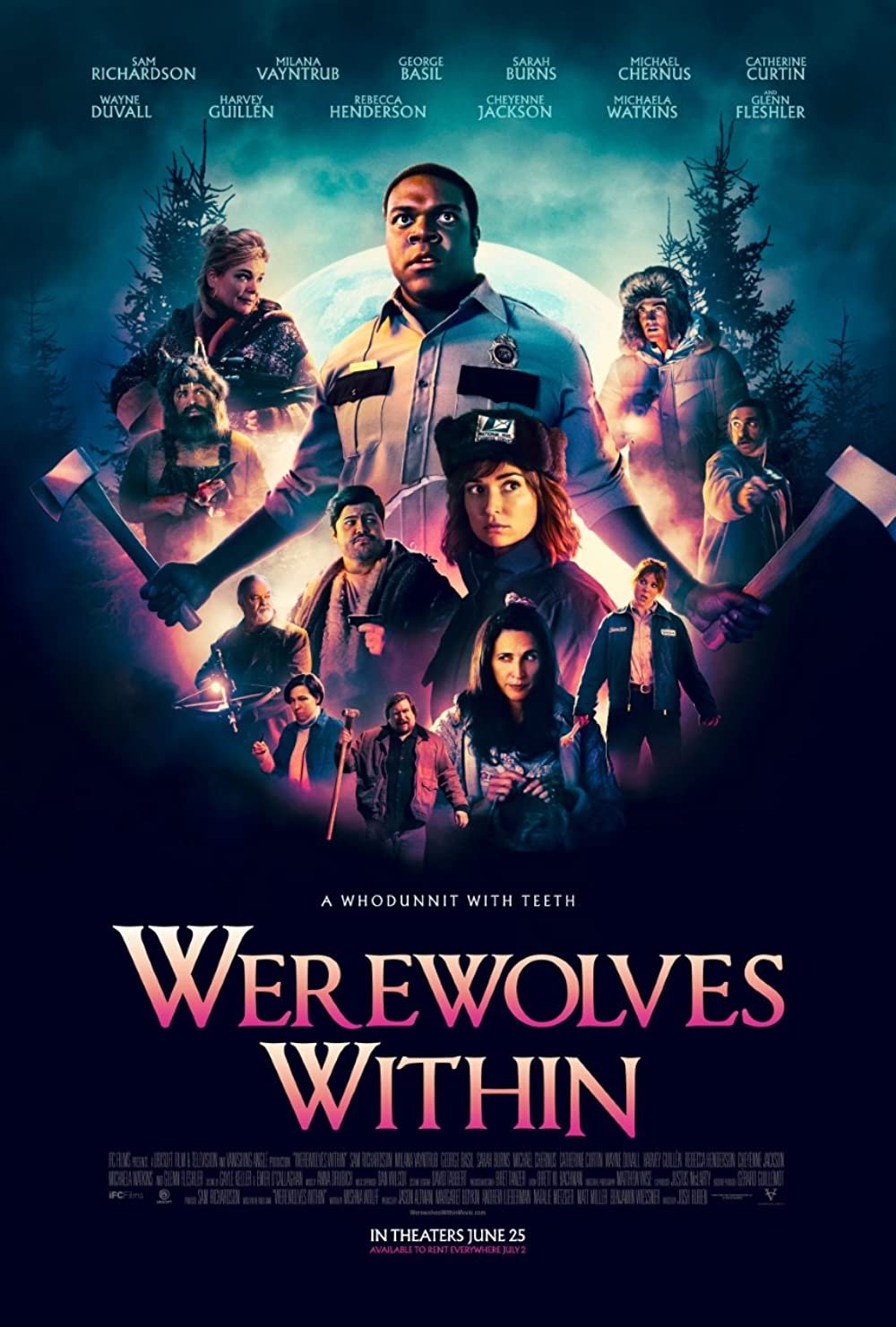