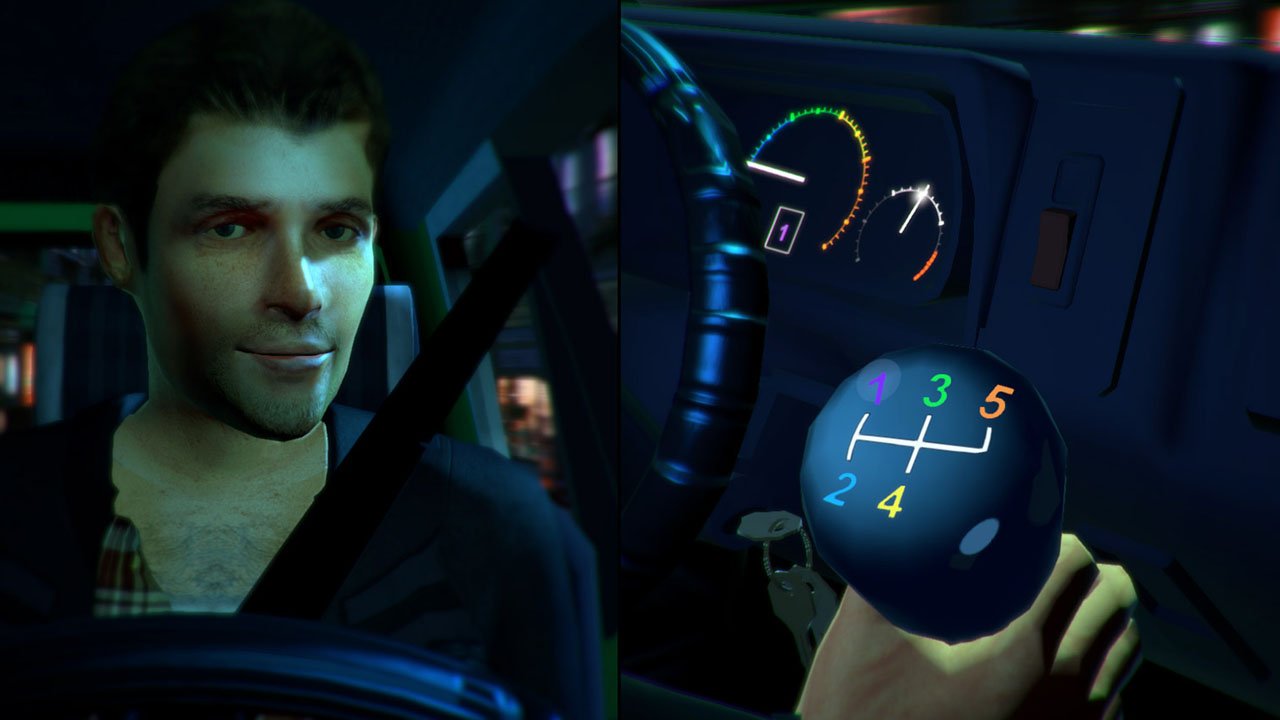 Remember that episode of My Strange Addiction? The one where a young man admits to his father that he has an emotional and sexual relationship with his car?

This four-to-seven-minute-long autoerotic night-driving game comes after Yang’s Hurt Me Plenty and Succulent, which also tried to bring eroticism in video games further than just a cut scene.

The player is witness to a screen cut in half. On one side is the human, in charge of pleasuring his car. On the other side the player sees the stick shift and its five gears as well as that guy’s hand. The player must use his/her mouse to caress the stick shift appropriately, while paying attention to the facial expressions of the guy who seems to be getting off at the same rate as his gay car.
[youtube url=”https://www.youtube.com/watch?v=a8zSuOLuU_8″]
Other than the very small audience out there who (according to ridiculous shows like My Strange Addiction) like to jerk their cars off, why would someone make this game?

Yang posted an artist’s intent on his blog on April 3 entitled “Stick Shift as activist autoerotica.”

The idea for the game started with a suggestion to “riff off” a 1964 Andy Warhol film, Blow Job. The film is one unmoving shot of a man’s face and the viewer can only see his facial expressions. But since facial animation is not something Yang highlights in his games, he knelt toward metaphor instead.

While the player rubs and tugs the stick shift, there is a 48 per cent chance that they’ll be stopped by heavily armed police officers.

Forty-eight per cent isn’t a random number. It’s based on findings from a 2013 survey that the Williams Institute reported on this past March, which states that 48 per cent of LGBT people who had been stopped by police in 2012 reported they had experienced police misconduct, “including unjustified arrest, use of excessive force and entrapment.”

“Clearly, police abuse and brutality is still a very real issue for many LGBT people, it’s just that their basic safety loses political priority when weighed against whether your local neighborhood bigot florist will do your wedding flowers,” says Yang in the post.
The original inspiration with Warhol’s Blow Job film comes back now. Yang describes himself as a 20-something gay person living in Brooklyn and says he associates Andy Warhol with an ancient New York City that “nurtured ball culture, beat poetry, street art, hip hop, Keith Haring, Basquiat… they are all part of this bygone legacy that barely seems real to me, so I can’t help but romanticize something like the Stonewall riots.” He describes the Stonewall rioters as more creative as they used their right to free self-expression as a form of protest.

“They mocked the police and denied their authority through flamboyance. They kissed and made-out. Free self-expression was its own protest, and it utterly humiliated the NYPD,” he says.

If you happen to be stopped by the cops in Stick Shift, you have the option to blow them a kiss, which adds time to a penalty timer that acts as a sort of cool down after orgasm or refractory period.

“My hope is that players quickly embrace this, voluntarily adding more time and locking themselves out of the game longer as a form of protest — ideally, you force the cops to detain you to absurd extremes,” says Yang. “Imagine a gay car and its lover, stopped by cops on the street, unmoving, for days or even weeks.”