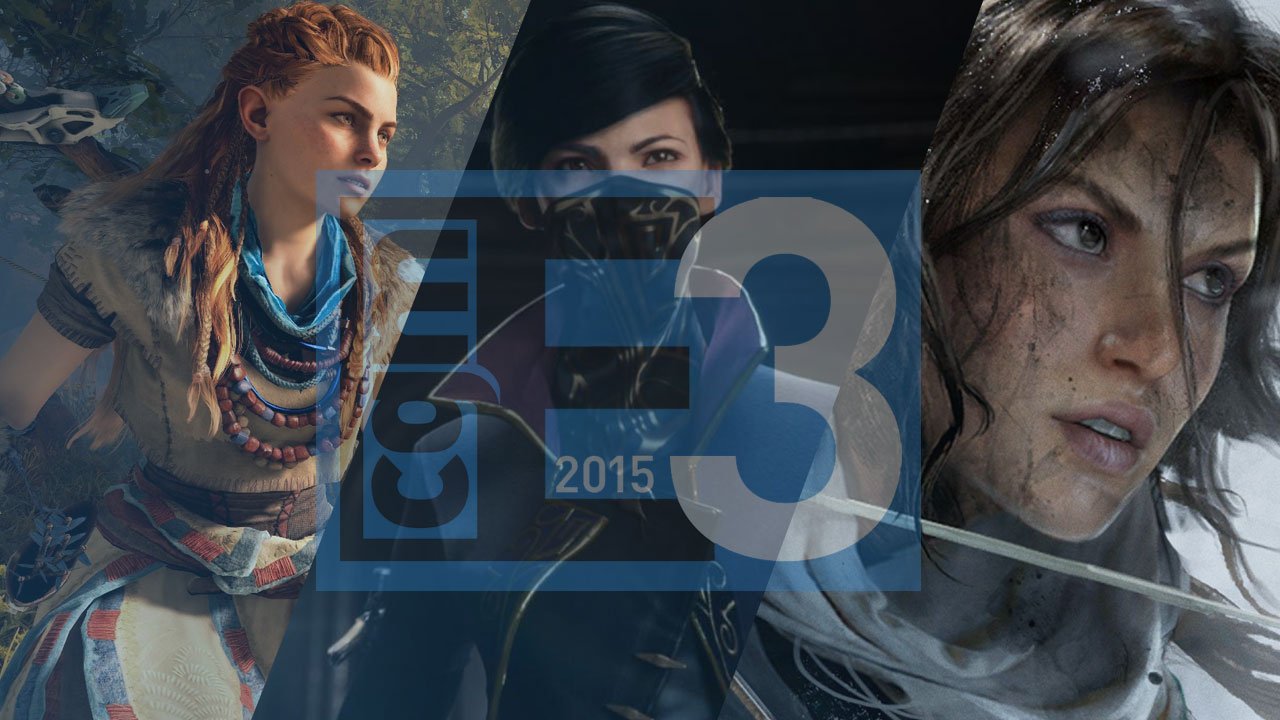 forward. It was an exciting year. More publishers were trying new things and showed how gaming could be more than just men with guns. The audience for games is constantly evolving, demanding new things. Gone are the days where people would be happy with a slate of First Person shooters with a drab grey colour scheme. What we have in its place is a slate of new games, all trying new things and utilising technology to tell stories.

It was hard to narrow down the list. The staff had to make some hard calls since narrowing it down was not an easy task. But the final results are in! Below is the list, built by the team of CGMagazine of the best games at E3 2015.

Fallout 4 was a title that many thought we would see on display, but few expected it to answer all our demands so thoroughly. Not only does Fallout 4 look stunning, but they have crafted a storyline that gives a reason for your actions, builds a fully fleshed out world and gives all new things to do in the wasteland. It feels like the Fallout game we have always wanted.

Not just resting on what would be safe, the team have given all new ways to play the game. Building up a town area, full voice talent and bringing back the dog we all know and love. It is hard to find fault with what the team at Bethesda have done. Combine that with the unheard-of move of bringing mods from the PC to the Xbox One. Fallout 4 started E3 2015 off with a bang.

When Tomb Raider launched in 2013 people were not sure what to expect. It was a relaunch of the franchise. Starting out with a younger more naive Laura. She did not have the experience of treasure hunting, and especially did not know what it was like to kill people. Through a trial by fire, she overcame all obstacles. Despite all the right stuff in that title, it lacked what people wanted most, the exploration of tombs. It seems the team at Crystal Dynamics listened. This time around they assured us that they are putting the tombs back in Tomb Raider. Combine this with a new storyline, fantastic visuals and all new locations, and you have the recipe for an exciting title. Launching on Xbox One first, this should be a title all fans of the series will want to pick up.

If someone were to say to me, the team behind KillZone would be making a post-apocalyptic story about survival fronted by a female protagonist before E3 I would have thought you were crazy. Yet here we are, Horizon: Zero Dawn is a reality. Using some of the most stunning visuals seen at this years E3, boasting a vibrant colour pallet and featuring some truly unique looking gameplay. An open world game, set in the distant future, where somehow, robot creatures roam the earth. It is up to you as the protagonist to take on these challenges head on and survive. It is amazing to see such a talented team spread their wings and move on beyond KillZone. If this glimpse is any indication of the final product, this game will be a special and a true showpiece for what the PS4 can do.

When LittleBigPlanet hit the scene the concept that you could build any levels you wanted in a console game was fantastic. That game was filled with many creations from all sorts of licenced properties. Yet, the ones that never felt right where the ones built to mimic Mario. Yes, they had the look, they even had assets from the games. Without the jumping mechanics and physics people expected, they just never worked. Well, Nintendo has heard you call. They have built a game that allows you to create what you always wanted: A Mario world all your own. Taking tilesets right from the games you know and love, Super Mario Maker makes it easy to dive in and build levels. With a simple set of tools, everyone from kids to die hard Nintendo fans can make the levels they always dreamed of.

It is hard to find fault with a title that the full point is to allow people to build their wildest creations. Launching on Wii U, Super Mario Maker is the right level of Nostalgia with a mix of modern tools to stand out at E3.

The Hitman franchise has always been about clean, methodical assassinations. This years E3 trailer for Hitman demonstrated that in the best way possible. The clean visuals, the way the game was portrayed, even down to editing all worked to capture that concept. It was clean, quick and enticing. If you did not care about the Hitman Franchise before that trailer, after you want to know more. It captures that feel of the perfect crime, that like clockwork, all the pieces all into place. The game’s promises an exciting ever changing the world, one that grows with the players and allows for a level of immersion never thought possible in the franchise. It is an interesting taste of what looks to be an exciting game.

Dishonored surprised many with how good the overall package was. Mixing stealth, steampunk and magic into a cohesive world made for an exciting experience. Now moving forward with the second installment, the actions seen in the shaped the world of the second. Emily has been overthrown, and somehow managed to acquire similar powers to Corvo. The concept of playing two assassins, taking on an even stronger force than seen in the first game sounds exciting. The fact Emily is given the agency to take on her battles to ultimately bring down the people who have wronged her is an exciting prospect. Launching on PC, PS4 and Xbox One, Dishonored 2 is poised to be an impressive package on launch.

Ever since Square-Enix showed off a demo of Final Fantasy VII running on the PS3 people have been clamoring for them to make a full game out of it. After many statements talking about how it would never happen from Square and key people at Square, it had become the white whale. Something people always wanted to see, but deep down, they never thought it possible, at least until 2015. When Square showed off the trailer, there was a definite sense of excitement. The game everyone had been waiting for was finally a reality. Even without a clear date when people could expect to see more, Final Fantasy 7 Remake was something everyone was excited to witness. Even members of the press cheered in excitement. It is clear why this E3, Final Fantasy VII Remake wins the best surprise of the show.

XCOM since the early days of the PC has been a franchise with a solid fanbase. The combat and tactical nature of the game made it fun and challenging. The latest release, XCOM: Enemy Unknown, took the classic formula and brought it to the next generation. Firaxis have done it again, XCOM 2 takes what made the first title so exciting and expanded on it. Making new types of ways to play, taking out the tedium that was seen in the first installment and improved the fidelity of the overall experience. It is hard to not get excited about the title. Mix that with the fact Firaxis have opted for an entirely PC experience this time around. They will be putting the full efforts of the team behind it. Rather than splitting the team for a console version, the full might of the studio will be in place to make a complete and polished package. The PC is finally getting some attention, and XCOM 2 is at the top of our list of best of E3 on the PC.

Have you ever played Fallout and wanted to see how the vaults where run? Well, Bethesda have taken this concept, mixed it with the unique art style seen from all training videos and concept art and made a fun, engaging title. The little mobile game is free, and engrossing, even if you opt to not spend money on it. It is enough to do that it will keep you busy for hours. Fallout Shelter is a title that is a no brainer for people on the iOS platform. It is free, easy to play and does not nag you to pay money if you do not want to. More mobile titles should take notes on what Bethesda did with this title. Fallout Shelter epitomizes the way mobile games should be made.

Many people are talking about the future of VR. It is a medium that is finally getting traction. Even with all this excitement for the medium, few developers have found the best way to use the technology. Minority Media, the people beyond Papo & Yo, have developed an experience that is built from the ground up for VR. It is a game that takes you through time, pushing you into the world you would never experience otherwise, filled with dinosaurs, all for you to explore. It is hard to imagine a better use of the VR tech, and this is all being done by a small indie studio out of Quebec. Utilizing the full 360 degrees of view, ensures this is an experience that can only be had with the help of VR. It is exciting to see these studios doing new and interesting things with technology, things that even the big studios are still struggling to overcome.