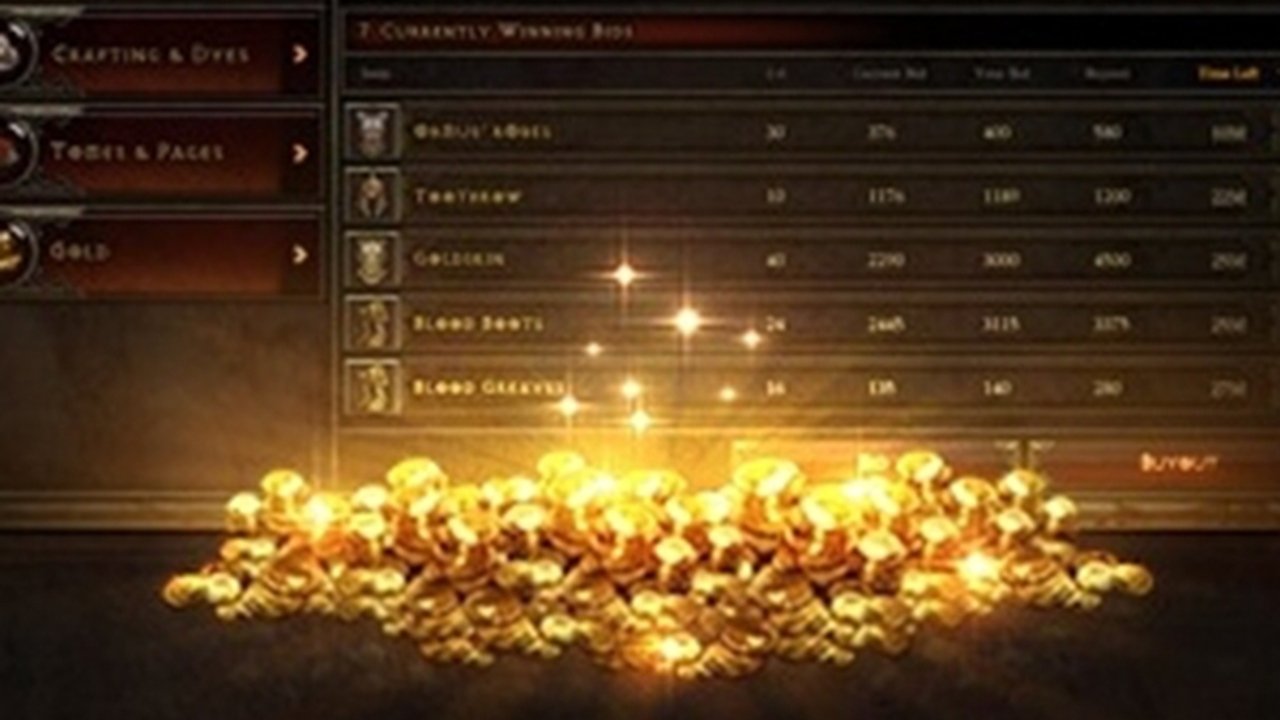 The changes Blizzard made in Diablo III have received a lot of hate, much of which stems from a decade of nostalgia. But whether you prefer the necromancer to the witch doctor or skill trees to runes, no one misses Diablo II’s economy. Hyperinflation made Sanctuary look like fantasy Zimbabwe, leaving a system of bartering or community-based “forum gold” the only valid options for trade. When players found themselves further aggravated by scammers and bots, they turned to third-party sites offering virtual goods for actual cash.

Now Blizzard is challenging cash trading the way governments deal with drugs and prostitution: if you can’t beat them, join them. The advent of the Real Money Auction House (RMAH)—which has been pushed back from its planned May 22nd release date—means players will be able to legitimately cash in on their online exploits. While it’s unlikely the average demon slayer will be rolling in real-life loot, recouping the initial cost is entirely possible and entrepreneurs are already looking to game the system.

Barriers to entry
Cashing out is only available through PayPal for now, and only in U.S. dollars, pesos, Australian dollars, euros and pounds. Players also need to sign up for Blizzard’s SMS Protect service, which occasionally verifies your identity via text message (yes, you need a cellphone and your carrier’s texting rates apply). Alternatively, you can receive money in Battle.net balance, which can only be used to buy Blizzard products and services or bid on RMAH items. It carries a maximum balance of US$250 and anyone looking to deal in over $100 must also attach a Battle.net authenticator to his or her account.
Auctioneering
Players can only have 10 active auctions in the RMAH and 10 in the normal, gold-based Auction House (AH). The maximum bids are $250 or 100 billion gold, respectively. Hardcore characters do not have access to the RMAH.
For commodities (gems, materials, dyes, recipes, etc.), Blizzard takes a 15 per cent transaction fee and charges another 15 per cent to transfer funds to PayPal. In the end, players will receive 72.25 per cent of their original sale price.
Equipment sales are largely the same, except the transaction fee in the RMAH is a flat $1 per item. Thus, profit ranges from 17 per cent to 84.66 per cent, depending on the price. The cheapest equipment will yield only pennies, but a $250 item will net $211.65.

For equipment—the real money maker—anything below the maximum item level (i.e. 60) will be mostly worthless; no one wants to spend real money on items that will be replaced. Ideal stats will offer the most value, followed by items from matching sets, items with high “magic find” (giving players better odds for rare items) and lastly pleasing aesthetics.
Gold will be most valuable in the short term, when there is little in the economy and everyone needs to upgrade their blacksmiths, jewelers and stash sizes. Its value will inevitably drop off over time.
Gems and crafting materials will be most valuable a few weeks from release, when most players reach the maximum level and look to kit out their characters. Gems will remain valuable for a long time, due to the tedium required to craft the best versions. Rank eight gems are the most valuable that appear naturally; it will require 729 of them to make a single rank 14 gem. Crafting recipes will follow a similar pattern, though it’s unclear whether it will be more efficient to sell the recipe or use it and sell the crafted items yourself.
While characters are not currently available for sale, Blizzard is considering their inclusion. They are unlikely to be as valuable as in Diablo II, as the no-commitment skill system negates the need for multiples of the same class.