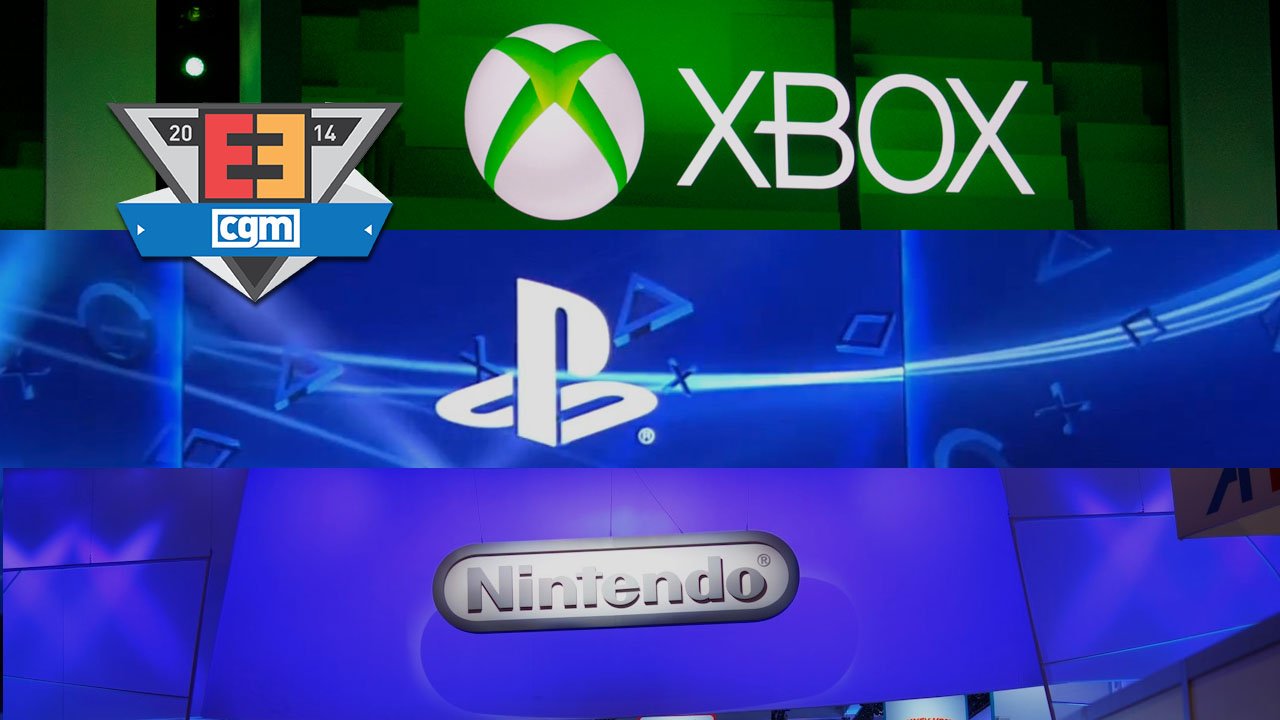 So the big three did their E3 thing, and showed off what is in store for the next year of their respective consoles.  There was a lot to see, and each company took a different approach, but everyone had the same goal, to convince the masses to buy consoles.  It was pretty clear that Sony, Microsoft and Nintendo came out swinging, but one company had to outdo the others.  There wasn’t an E3 loser this year, but we’re going to grade the presentations anyway. Each company was graded on content and style.

Up first was Microsoft. Before the conference the house of Xbox said it’ll be all about games, and they didn’t lie. For an hour they blasted through title after title, barely talking in between. It was like watching an energetic punk concert. There was no filler. Starting with Call of Duty probably wasn’t the best option to get the crowed excited, but it sent a message. This is still the shooter-box you want. They continued to hammer away at that message with the trailers for Halo V: Guardians along with the Master Chief Collection. These are system sellers that generate legitimate hype.

Microsoft as a company has to know that it needs more of an identity than just the shooter console though. If they didn’t, they did a good job of showing that there’s more to offer on the big black box. Sunset Overdrive is probably the best example. We’ve seen a lot of it since its initial announcement last year, but it continues to command attention whenever it’s shown. This game along with Crackdown2 and Fable Legends shows that there are tons of games that provide an alternate style.  There were a lot of multi-platform titles shown as well, which isn’t a bad thing. Having the first preview of Assassin’s Creed Unity was a pretty big deal, and the trailer for Evolve looked stellar. For games, there was a lot to take in.

In terms of the actual presentation, ending the show on Crackdown might not have been the best idea. The series is well known, but even with the cool trailer it feels like the strong conference went out on a weaker note.

Overall, Microsoft had a really strong showing.  The presentation was so fast paced that it was almost exhausting. It was fun to watch and at the end it left me wanting to see more. Mission accomplished Xbox team, A-.

Sony had the final conference of the first day. So they had the task of presenting to a tired crowd. While technically their presentation was solid, it suffered from length. Much Like Microsoft, there was a ton of content, some exclusive, some not, but unlike Microsoft, they had more than just games to show.

Aside from the few big announcements (we’ll get to those), Sony spent some time talking about Sony TV. That little box is badass. The chance to play PS4 games on another TV without actually purchasing a second PS4 is incredibly convenient. The VR stuff looked pretty sweet too. Oh, and there’s going to be a white PS4 packed in with Destiny. Some pretty cool stuff.

But let’s be honest here, it’s about the games.  I want to see things I want to play. Oh damn, I can download the beta for Battlefield Hardline. They weren’t kidding around. A Grim Fandango remake– this is serious.  And a new LittleBigPlanet with new characters (one that looks a lot like Grimace). I’ll play that.  The Order 1886 trailer looked really good as well. They managed to get trailers for Farcry 4 and Arkham Knight, but those will be available on the competition’s consoles as well.

Despite all this, the conference felt like it was dragging on. There was tons of content to show off, but it was too much. It felt like Sony was saving something for the grand reveal.  That something was Uncharted 4: A Thief’s End. There was no gameplay shown. But damn, it’s hard to not get excited for a new Uncharted game.

The problem was, by that point in the conference I was already exhausted. I can’t even imagine how tired the journalists who were working the show floors all day on top of sitting in on the other three presentations were.  It didn’t help that Sony had an extra half hour. And it certainly didn’t help that there was a bit of a delay before hand, so the wait seemed longer.  It also didn’t feel like Sony had as much of a plan as Microsoft. They just wanted to show off some stuff they had. That’s not a knock on Sony, but it didn’t feel as strategic as their conference last year.

Sony gets a B+ for their showing.

Nintendo didn’t technically have a conference. They went with a digital event. Last year, their Direct conference wasn’t impressive. So they had to make up for lost ground. Some credit has to be given to the Big N, at the very least the 40 minute show was entertaining. It felt more like a variety show sprinkled with Nintendo news.  They managed to have Seth Green make some toned down Robot Chicken clips with Nintendo characters, so that was enjoyable. But the reveals were even better.

They started by saying there would be no Mario this year, and then went into a video showing off how Mii characters will work in the new Super Smash Bros. It was cool to see how much thought was put into it, and this is probably the closest we’ll get to Reggie as a playable character. Then the NFC characters got involved. Essentially, if you’re losing, you can use one of the Nintendo figurines to help out. That sounds just frustrating.  They made up for that with footage of Yoshi’s Wooly World and Captain Toad, but the big news was Legend of Zelda.

It’s surprising this wasn’t saved until the end, but it was right in the middle of the show. The game looks gorgeous with the Skyward Sword art style and the idea seems very Skyrim-y with a more open Hyrule. It was hard to not get excited with that announcement.  They followed that up by showing off Bayonetta 2 (packed in with the first game), Hyrule Warriors, Kirby and Xenoblade Chronicles. It was rolling along pretty smoothly. But for some reason the new ink shooter Splatoon got a lot of attention. The game looks fun, but I didn’t understand the decision to show off so much of the game. It felt like the wrong way to end the show. Well technically it wasn’t the end because Star Fox was confirmed. It really felt like Nintendo listened this year.

Then there was another video from the show floor, where more news was announced, but for the sake of grading purposes we won’t count that. Nintendo’s conference had a bit of everything. It was entertaining and had tons of exclusive content. Nintendo gets an A.

So if you go by the ranking system I’ve used up, Nintendo wins E3 2014, but just barely.  No company really lost here, and in the end, that’s better for everyone. It looks like the remainder of 2014 and all of 2015 will be expensive for gamers. But That’s not necessarily a bad thing.