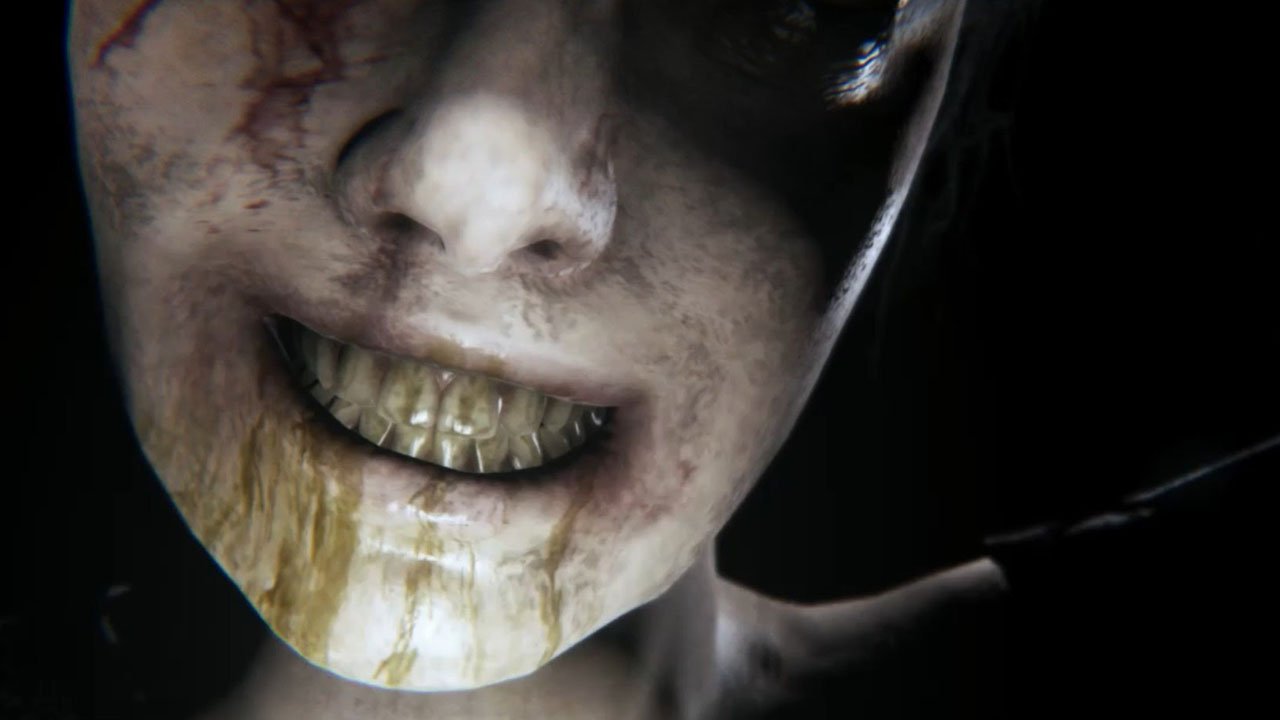 Neverending Nightmares, P.T., and the Horror of Repetition

I love October. I love the weather, the colours on the trees, and, most of all, Halloween. To celebrate this most spooky of holidays I’ll be discussing topics related to horror each week of the month in a series of articles called . . . OCTERROR!

One of the only nightmares I can remember from when I was young involved endlessly walking down the stairs to the basement of my childhood home. I’m sure there wasn’t anything actually scary to find, but that obviously didn’t matter.  I would just know that something unspeakably awful was waiting for me in the dark shadows pooling around the landing. For what felt like an eternity, I would be stuck slowly moving down toward it, the impossible logic of dreams multiplying each step so that it was never possible to actually resolve the scenario and wake up. It was terrifying because, at least in retrospect, it felt like it went on forever.

In Neverending Nightmares, a game by Matt Gilgenbach’s Infinitap Games, players must guide a character through levels that are designed to replicate the repetitive horror of that sort of dream. Each environment consists of a series of hallways (or, in one instance, a forest path) that change in only the slightest, barely detectable ways as the protagonist moves through them. The black and white, hand-drawn visuals and gloomy, understated music of the game help create an ominous, trancelike feeling to the experience, keeping players just lulled enough that a sudden scare hits with the impact of a jackhammer. By the time a murderous spirit or creepy monster shows up to actually threaten Nightmares’ main character, the game has given its environments enough of a labyrinthine quality that even escaping one immediate source of danger barely feels like a reprieve from the horror. After all, what good is it to outrun a living doll if the room you’ve hidden in is only a continuation of the same awful, unending maze? The ultimate effect is an accurate duplication of a really awful dream.

The release of Neverending Nightmares would have been a fascinating enough spin on the horror game formula in its own right. But, in a neat coincidence, Kojima Productions’ P.T., a self-contained demo for the upcoming Silent Hills, came out only a short time earlier with a similar premise. P.T. uses a first-person perspective and, like Nightmares, provides no real instruction as to how to progress through the game. The player walks through the dim hallway of a house, hearing eerie noises from in front and behind their position, passes through doors, and emerges right back where they started. Just as in Nightmares, though, the confined environment begins to alter in tiny ways as the level repeats. A bathroom door may be cracked open where it was shut before; the sound of a crying baby may be heard where there was only silence on a past walkthrough; a grotesque spirit may appear to scream in the player’s face in the exact same spot s/he already passed countless times.

Both games are far more engaging than it seems like they should be, given how so much of the medium concentrates on constantly stimulating audiences with new sights to see and new objectives to accomplish. Because they’re horror games and we come to horror games to get freaked out, Kojima Productions and Infinitap Games are able to take their time setting up an atmosphere of dread and constant foreboding before ratcheting up the scares. We’ll happily watch a movie where nothing happens in the first act except bad actors milling around a crummy old house if we know that the pay-off is the appearance of ghosts, monsters, or serial killers. In the same way, we’ll allow ourselves to sink into a repetitive gameplay structure if we know that the developer is using this approach to create a sense of terror.

This is because horror, regardless of the medium it’s used in, is an exercise in creating tension. Masters of the genre are experts in slowly building unease in their audiences before the inevitable reveal of the source of that discomfort. The best creators working in horror can make the first part of this process seem endless, stretching out the crescendo of fear as long as possible in order to keep their audience on edge and imagining what terrible thing it is they’re scared of. It’s the particular genius of P.T. and Neverending Nightmares that both games are so willing to gamble on players remaining invested enough in their atmosphere that they’ll set aside a desire for immediate satisfaction and stay within the tense part of the equation for such a long time. This turned out to be a good idea for these games. The sense of disorientation that their seemingly endless hallways create is key to what makes the experiences as frighteningly effective as they are. They feel like nightmares because the kind of structure we expect from them is turned on its head, prolonged repetition subverting our wish to feel as if we’re progressing through our fear. The end results are horror games that feel extremely inventive—and offer new methods for perceptive developers to scare their own players in future titles.