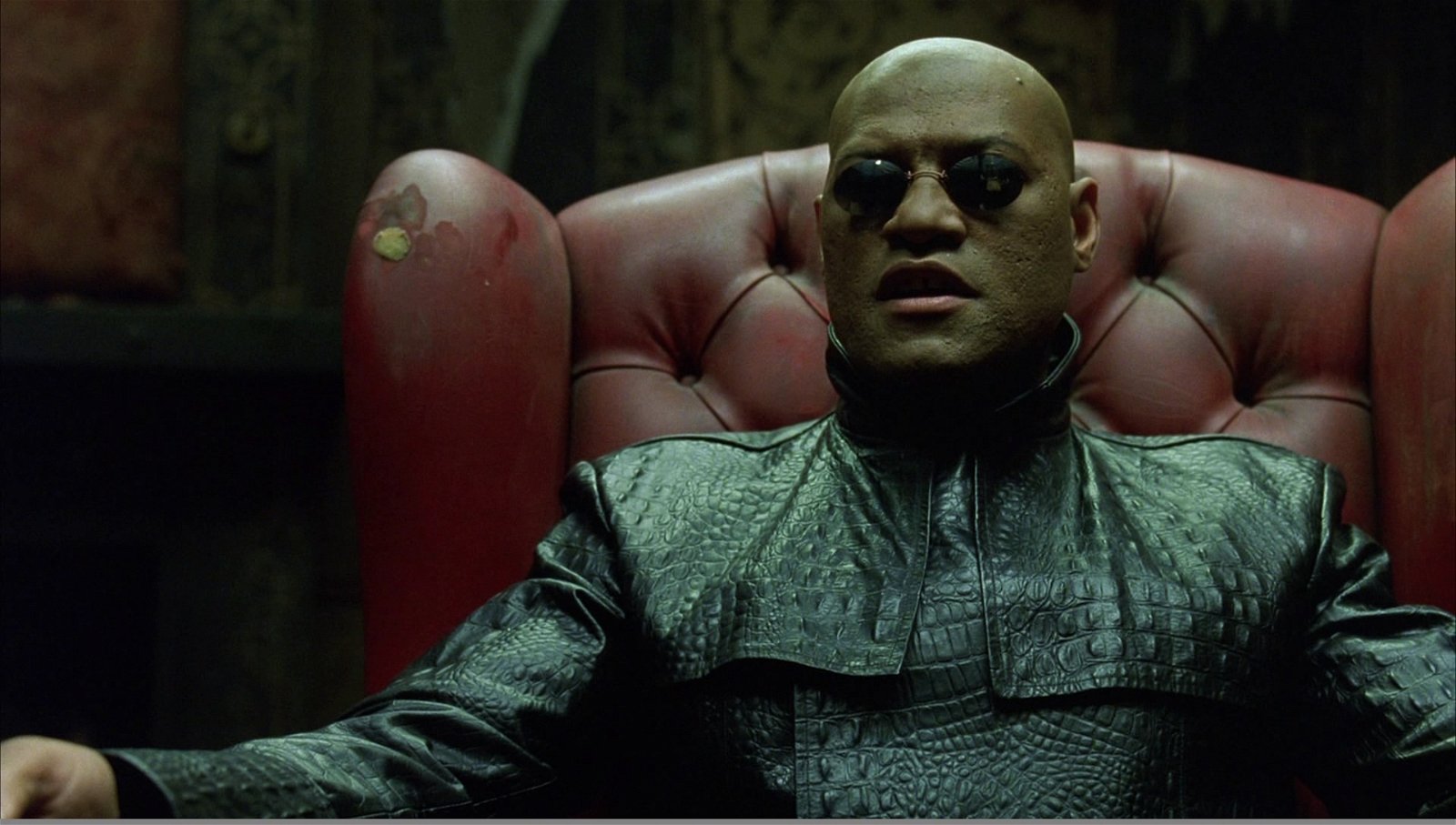 Well, it finally happened. After years of being a staple of almost every sci-fi novel, comic book, movie, and video game, virtual reality helmets are finally a reality; anyone can buy one and check out of our world at will. Whether or not the current technology will actually catch on with the crack-like addiction that we’ve all been threatened with through fiction for decades remains to be seen. After all, it’s not like the Virtual Boy was Nintendo’s crowning 90s success (nope, that would obviously be the pixelated Gameboy camera, dummy). Maybe the unwashed masses don’t really want to check out and plug in like everyone always predicted. It’s possible. Unlikely, but possible.

That’s the strange thing about Virtual Reality. It’s existed in pop culture fantasy for so long that it seems like an invention that we all desperately want merely because our wanting it has always been assumed. We knew what the headsets should look like long before they were actually available, and we all saw dramatic illustrations of the potential pitfalls of VR long before we ever got to experience any of its real pleasures. It’s odd to be at the point where it’s really happening, but hey! At least we have hundreds of hours of theorizing about how it can all go wrong. That should help us avoid the singularity, right?!

In celebration of Playstation’s long awaited gift of home console VR, the time seemed right for us fine folks at CGM to remember all the movies the promised this sweet, sweet VR future. So we humbly present to you a list of the top ten movies that predicted the (possible) VR revolution. It should be noted that not all of these movies are actually good. In fact, some of them are downright horrible and goddamn it, that’s what makes them so damn fun. If nothing else, none of these movies will allow for a second of boredom, even if you’re giggling at them rather than with them.

Remember in the last paragraph when I mentioned that not all of these movies are “good” in a conventional sense? Well, say hello to exhibit A in the VR camp cannon. Johnny Mnemonic was one of the biggest flops in the weird mid-90s craze for Internet thrillers. It was a time when enough folks were suddenly using painfully slow dial up internet (or at least knew folks who were) that the digital world seemed ripe for exploration. That led to movies like Hackers, The Net, and Johnny Mnemonic that made ordering pizza through a computer seem like magic. In this case, Keanu Reeves stars in a mythical future world where everyone and everything is run through the internet (crazy, right?). Since info hacking is so common, folks like Reeves are hired as “data couriers” to securely carry information in their brains that can’t be hacked. It’s silly, pulpy stuff mostly worth watching for one of Reeve’s most hysterically piss poor performances, the hilarity of the dated techno babble (Reeves brags that his brain can hold 80 gigs of data, insert stupidity joke here), and the fact that all of the internet is best explored and operated through VR helmets (Makes sense right, 1995? How else will people surf the internet? On their phones? Don’t be ridiculous!).

From the barely involved mind of Stephen King (who later sued to get his credit removed) comes a bit of VHS sci/fi horror trash that taught most 90s kids about the concept of virtual reality. It’s about an embarrassing mentally disabled character (essentially Simple Jack from Tropic Thunder) who cuts lawns for a living until he meets Pierce Brosnan’s super scientist who has invented VR in his garage (to be fair, he has a British accent, so he’s clearly smart enough to do it). Brosnan gets the guy hooked through VR video games then eventually starts uploading mountains of information into The Lawnmower Man’s brain until he becomes an evil genius in the real world and a super powered villain in the virtual one. Not only is the movie just as dumb as it sounds, but the pre-Jurassic Park VR CGI sequences designed to be mind-melting stunners somehow make Reboot look like the pinnacle of computer animation. If you want to have a laugh about what 90s dumb dumbs though the digital revolution/nightmare might look like, buckle up and enjoy this silly ride.

Believe it or not, The Lawnmower Man was successful, so it’s director, Brett Leonard, was allowed to continue making virtual reality movies. It was his specialty. So in 1995 he delivered this big ol’ slice of cheese. It’s about a special virtual reality program used in police training featuring a super-duper serial killer (Russell Crowe) made from the combined psychological profiles over 150 real serial killers. Then, before the audience has a chance to say, “Wait, what the hell are you talking about?” the virtual super-duper serial killer finds a way to escape into the real world. The only man who can stop him? Why an ex-cop turned prisoner who did really well in the simulations, of course! He’s also played by Denzel Washington. Yep, it’s all as dumb as it sounds. Possibly even dumber. We were all easily impressed by techno babble in the 90s. It wasn’t humanity’s finest hour.

That’s right Total Recall. The tale of a normal dude who just so happens to look like Arnold Schwarzenegger and is married to Sharon Stone. Yep, what a totally average and boring life all around! So for escape he decides to try a virtual vacation via a memory implantation service taken from a Philip K. Dick work of the same name (virtually none of the author’s ideas beyond the concept were retained). What follows is either a ridiculous ultraviolent Paul Verhoeven movie about Arnie realizing he was always a Mars superspy after the virtual memory implantation goes wrong or a ridiculous ultraviolent Paul Verhoeven movie that’s actually all a tongue-in-cheek fever dream set in Arnie’s head. Given the flick’s placement on this list, you can guess which theory we subscribe to. Like all Verhoeven movies, this is a deceptively cheeseball action movie that’s actually a clever parody/genre deconstruction if you’re willing to look beneath the blood and triple boobed aliens to find artistic intent.

This bizarre and beautifully crafted thriller from director Tarsem Singh is a sadly forgotten bit of gorgeous eye candy (likely because no one can take Jennifer Lopez and Vince Vaughn seriously in drama post-2000). Lopez stars as a social worker who agrees to delve into the mind of Vincent D’Onofrio’s particularly disturbed serial killer through experimental VR. The goal is to find the hidden location of the killer’s latest victim, but the plot barely matters. It’s all an excuse for some absolutely amazing imagery as the underrated stylist Tarsem Singh conjures up the cracked psyche of a grade A nutball. We can only dream that actual VR will one day deliver worlds this distinctly gorgeous. Unlikely though.

Completely dismissed in 2009 because it came out right when everyone collectively decided they were no longer going to take Gerard Butler seriously (fair enough), Gamer is secretly one of the best video game flicks ever made. Written and directed by the Crank team of Neveldine and Taylor, it’s set in a VR landscape run amuck. Players can now control actual humans through their computers and headsets, either making paid actors do perverted things in open world environments or using death row convicts as avatars for a massive multiplayer shooters. It’s a cool idea, essentially a millennial Running Man. Neveldine and Taylor deliver it through their usual mix of dark satirical silliness and relentless ADD action. The world is eye-bustingly well designed, the action hits hard, the satire is on point (if hardly subtle), and some of the performances are fantastic (especially Michael C. Hall as the evil tech genius behind it all). With a better script and Jason Statham in the lead role instead of Butler, this probably could have been a big hit. Instead, it’s more of a cult oddity well worth seeking out as long as you don’t mind some stupidity and ADD excess with your smartypants sci-fi.

By far the best entry in the mid-90s future techo-thriller sweepstakes that mostly delivered crap, Strange Days combines the forces of then husband/wife team screenwriter James Cameron and director Kathryn Bigelow. Set in the mythical future of 1999 (gulp), it’s about an ex-cop turned hustler (Ralph Fiennes, no really) who sells data discs with memories that can be relived through virtual reality. Fun set up, right? Well, then things get dark when he finds a disc featuring the murder of a prostitute and ends up caught in a spiralling murder mystery. James Cameron’s script starts with a damn clever idea before slowly devolving into an overly convoluted mystery that’s dragged out for far too long. Kathryn Bigelow’s directing, on the other hand, is magnificent and her POV VR action scenes have rarely been topped. The movie bombed spectacularly in theaters and has been difficult to track down since. However, it’s a ripping yarn with some clever ideas and brilliant action scenes well worth rediscovering, if only because it might be the only mid-90s Hollywood sci-fi techno-thriller that can still be watched for anything other than a laugh.

If you’ve seen Ghost In The Shell, you know exactly why this movie is here. If you haven’t, go see it immediately. You’re about to find out where so much of the pop culture imagery you adored in the 2000s came from. Also, this is about to be spoiled by an unnecessary American remake. So see the good version before it’s tainted.

Though not exactly perfect, ExistenZ might be the best movie ever made about video games. Jude Law stars as a gamer in a world where video game designers have become something between spiritual gurus and renowned artists. Jennifer Jason Leigh plays the brilliant designer behind a new VR creation. Since this is a David Cronenberg movie, players log in biologically through a gross fleshy controller that hooks into their body and pulsates during playtime. Somehow, the movie actually gets stranger from there. ExistenZ is a fascinating exploration of the implications of giving your reality over to game designers that’s aged remarkably well. Though it bombed  on release thanks to coming out mere weeks after the number one entry on this list, it’s actually surprising that Cronenberg’s movie hasn’t earned a larger cult audience over the years. This Videodrome for the gaming era has never been more ripe for rediscovery, so go do that now dummy. You know, before gaming implants become a real thing.

Finally, what else could top this list? One of the most influential action movies ever made and a perfect mix of thrilling form with brainy content. This tale of humanity enslaved to machines through VR is filled with tantalizing speculative sci-fi questions that have yet to be answered almost 20 years after release. Will people soon decide to voluntarily live in a virtual space over the real world? It’s already happened in helmet free games, so if VR takes off as planned that seems like the next logical step. Toss in the singularity and we’re all screwed and The Matrix becomes a documentary. Or…you know, none of that happens but we do get a sweet Matrix VR game just in time for the movie’s 20th anniversary. Yeah, it’s probably going to be the latter.