Yakuza 6: The Song of Life Comes West with Goodies in Tow

Yakuza 6, the latest in the long running series, was announced for Western markets some time ago. Now we know exactly when the final chapter in Kazuma Kiryu’s epic story will arrive on North American soil, and it’s March 20th, 2018. 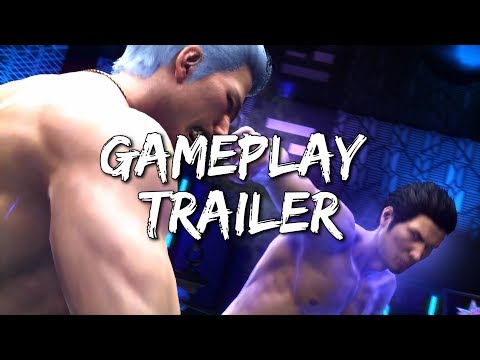 Yakuza 6 picks up directly after the events of the fifth game, seeing Kiryu searching for the father of a baby his surrogate daughter Haruka has suddenly given birth to. He must travel to the infamous red light district of Kamurocho and eventually Hiroshima to uncover new truths and butt heads with villainous Yakuza and conniving businessmen, including one played by famed actor Takeshi “Beat” Kitano (who players may recognize from Takeshi’s Challenge).

But not all will be serious and dreary. The beloved distractions from previous Yakuza entries return, including bowling, karaoke, and batting cages. New mini-games, such as spear fishing, cat cafe management, and babysitting are being added to the mix. Other improvements have been added as well, including the ability to actually buy drinks from vending machines in the game, and full voice acting for every piece of dialogue.

Yakuza 6‘s release will come in two forms, a standard $75 CAD edition that comes with a hardcover art book case, and a $113 CAD special edition called the “After Hours Premium Edition” that comes with a separate art book, two bar glasses, two ice stones, two coasters, and a nice box to put in your closet and forget about until you have to move.

Yakuza 6 has already been out in Japan since December of last year, so be careful of spoilers if you go on YouTube! If you’re interested in the series but don’t know where to start, Yakuza 0 just released earlier this year and was met with positive reviews. There is also Yakuza Kiwami, a remake of the original PlayStation 2 game, coming August 29th. Both Kiwami and 6 will be playable at Gamescom from August 22nd to the 26th.