Jumping into Mass Effect 2 With the Executive Producer 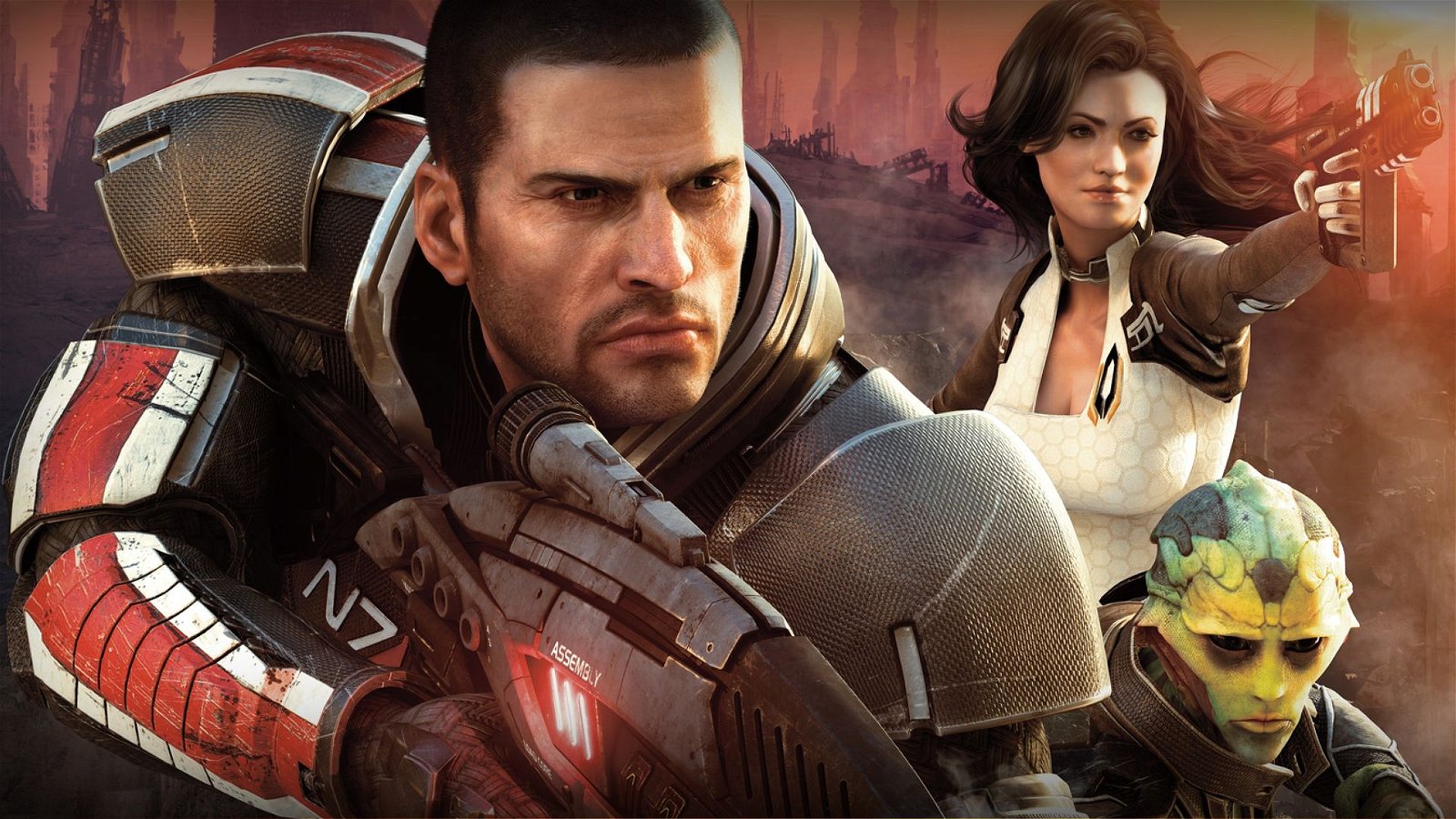 Mass Effect 2 slammed through 2 million copies in its first week of release, due to a combination of a strong fan base from the first game; a huge voice cast which included Battlestar Galactica alums, Seth Green, and Martin Sheen; and the faint glimmer of BioWare gold that coats every game that this Canadian gaming powerhouse touches.
Casey Hudson is the Executive Producer of the Mass Effect trilogy. Casey works out of BioWare‘s Edmonton office and has been involved with various large game projects for over a decade, including Knights of the Old Republic and playing the same role on the original Mass Effect game. He is currently working on the next title in the series and took a few moments out of his busy schedule to answer some questions for CGMonthly.

CGM: Was the Enemy Defenses feature introduced to balance out the gameplay and make Mass Effects 2 less “hack and slash” than ME1? How does this feature force the player into a strategic mindset?

CH: The advantage to having multiple player character classes in a game like Mass Effect 2 is that it opens up more possibilities for tactics and different play styles. The challenge is that while we wanted the gameplay to have a visceral and realistic feel, we needed a way to express the advantages and defenses that are in play. What you see in Mass Effect is a further refinement from the first game, which looks at the strengths and weaknesses of each class, and creates a more tactile resistance system that you can see and hear. When an enemy’s defenses are up, you can tell what kind of attack will work best against it so you can make the best tactical use of your squad. Then when the enemy’s defenses are down, you can go in for the kill with a wider variety of attacks.

CGM: Outside of what’s been released within the Cerberus Network, do you have any additional plans to expand downloadable content (DLC)?
CH: We’re planning a whole series of DLC, ranging from very small bits up to larger content packs. No announcements just yet, but we’ve already released a few free pieces of content including a new character (Zaeed) and his recruitment mission. Some larger paid DLC will help expand on the ongoing story of the series.

CGM: Is there anything about ME3 that you can reveal at this time?

CH: Only that we’re already working on it, starting with the basic storyline and art concepts.

CGM: BioWare has really outdone themselves with their choice of ME2 voice-over actors. Was there anything about this ensemble cast that most surprised you? To follow up, was any of the script was written with these actors in mind?

CH: We were very happy with the voice cast for Mass Effect 2, as well as the other pieces that went into the performance: the writing, voice direction, art, animation etc. It takes a lot to create a great character. Some characters really need high calibre voice talent to capture what they’re all about, such as the Illusive Man, voiced by Martin Sheen. The Illusive Man needed to have a huge presence and a sense of command and authority that we just wouldn’t get without an actor of Mr. Sheen’s talent. We did a lot more with Seth Green’s character, Joker, so we made excellent use of his comedic talent to bring levity to one of the game’s most terrifying moments. Sometimes we write a character for a specific actor, but often we do the casting in the middle of the writing process. Even then, we do rewrites to ensure that we’re making the most of a particular actor’s unique talent.

CGM: With regards to ME2, what would you say were the most notable improvements over ME1?
CH: I guess the biggest thing is a sharper focus on what really matters in the overall experience. We maintain a higher level of narrative tension and energy throughout, while giving players time to explore amazing locales and develop the story in their own unique way. And most importantly the gameplay itself is a lot more polished, more intense, and more fun.

CGM: This has been quite the successful month for Mass Effect 2. By the end of the first week, BioWare had shipped 2 million copies of ME2. How has the feedback been? CH: We’re very happy with the success we’re seeing, both critically and commercially. Sales have been really strong and it looks like we’ll exceed the sales of the original game by a significant factor. I think it’s an indicator that people recognize that even if you haven’t played the original Mass Effect, Mass Effect 2 is an excellent entry point into the series. Reviews have been extremely positive as well, and that typically results in strong ongoing sales.

CGM: Due to the emphasis on casting, romances, and storylines, would it be fair to say that BioWare is being marketed towards more of an adult audience? If so, in what ways is it also inclusive to other demographics?

CH: Mass Effect 2 is an M rated game, and we targeted that rating specifically to give us the latitude for telling a more mature story. We keep things in line with what you might expect from a PG-13 action movie, so we certainly don’t attempt to use the M rating to its limits. Instead we put the focus on telling a grown-up story with moral decisions that have more bite than what we’d be able to do in a teen-rated game. An M rating allows us to put the player in Jack Bauer type situations where you are faced with difficult life and death sacrifices to achieve a higher agenda.

CGM: As we know, fan feedback is vital to the gaming industry. With that in mind, what were some immediate improvements suggested by loyal Mass Effect gamers?

CH: For Mass Effect 2, we kept a detailed list of things from the first Mass Effect that people wanted to see improved or added based on their experience. The list contained around 40 categories, ranging from technical issues like texture load-in and frame rate to more design-oriented ones like better integration of subplots into the main story. We then created a fundamental design for ME2 that would capture solutions for every one of these items.

CGM: The Art Direction has been almost universally lauded as visually stunning. Can you talk a bit more about what went into this process?

CH: Our Art Director, Derek Watts, led a team of artists to create a vision of the future that’s meant to be fresh and exciting without being completely unfamiliar. We used a number of methods to achieve this. The main goal was to create a universe that hasn’t really been seen before, by combining the spectacularly epic and futuristic art of 60s and 70s sci-fi paintings and book covers with the intensely atmospheric cinematic style of the sci-fi movies of the late 70s and early 80s. There’s a very clean design style that we distilled from those kinds of references to create a look that’s uniquely “Mass Effect”. One of the first things we made as part of developing the Mass Effect series was a pretty thick document that outlines how we create the visual style. One principle that it covers for example is that we base the designs for creatures on ones from Earth, but will always have one aspect of each creature that is unlike anything you’d see on Earth. For example a tiger-like quadruped with fish-like skin, or a deer with an extra pair of vestigial legs.