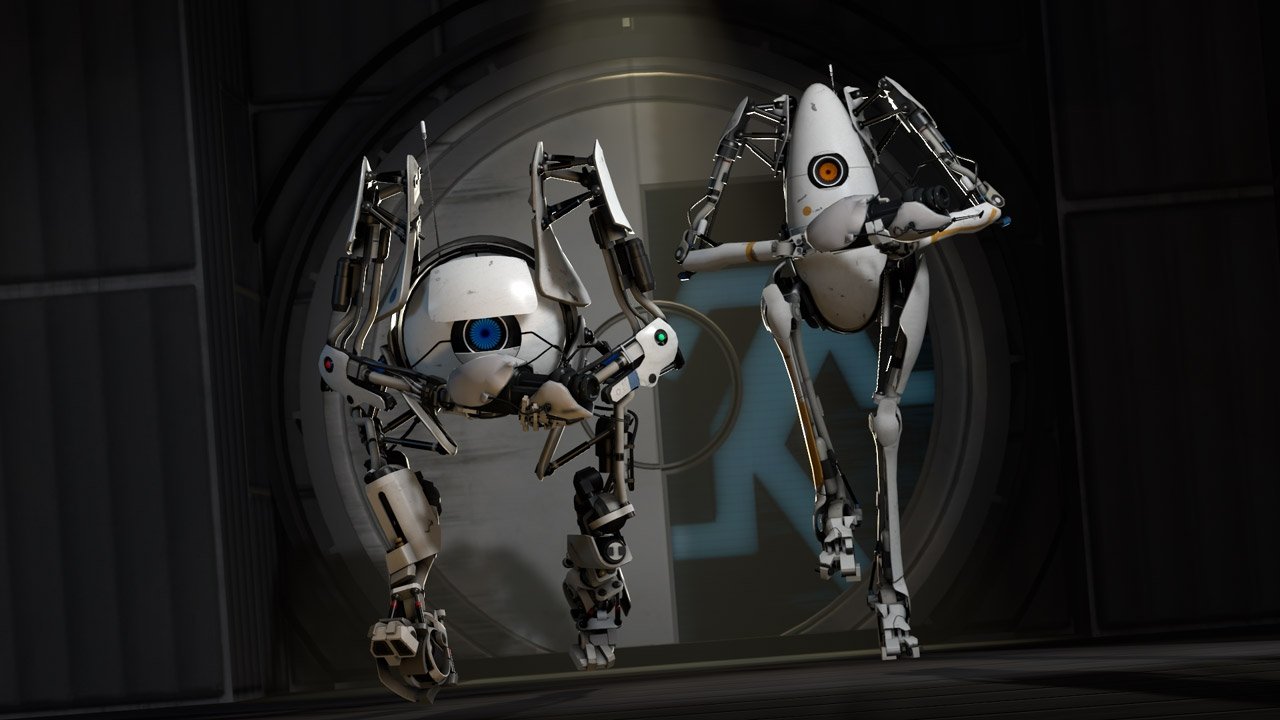 When I first experienced the student project Narbacular Drop, little did I know its revolutionary mechanic would go on to make such waved in the gaming industry.

In its prototype form the original Portal featured bizarre demon doors, a princess protagonist, and several turtle-riding sequences. Little did I know that these were the humble beginnings to one of gaming’s greatest rags-to-riches stories.

Now with the imminent release of Portal 2 it seems things have come to their natural conclusion. What started as a small student project evolved to a slightly larger oddity in The Orange Box before finally becoming its own AAA release.

I was fortunate enough to have words with Valve luminary Doug Lombardi about the evolution of the series as well as its future.

With the first Portal game being a very condensed experience it was a good length of time for the player to properly appreciate the humorous side of GlaDOS. With Portal 2 being a much longer affair, what is being done to make sure the joke doesn’t run on too long?

We address the dialogue/comedy the same way we develop the gameplay – we make something, we test it, we change it based upon observations of the testing, and then we test it again until we see a wide range of gamers reaching the desired experience.

Comedy is very difficult, and you’re absolutely correct by saying there’s a fine line between funny and annoying in terms of how much of it is being delivered – and when. We learned a lot about that with Portal 1. Soon after GLaDOS was introduced there were some versions of the game in which she just babbled and babbled. We realized really quickly in testing that she had a place, and that place was not full-time color commentary.

Unlike the Half-Life games both Portal and Left 4 Dead were less about exposition and more about allusion. What dangers are there in telling a story so subtly and how do you do it right so the player still feels a narrative arc?

There are dangers and benefits. The benefits are that, when done correctly, you create enough story to trigger the gamer’s imagination. This makes the work more of a collaborative process, which usually has a higher value. For Portal 2, however, it’s a bit different.

Much like the story, most of Portal‘s humour is background material; the player never directly interacts with any comedy set pieces. Why does this work so well and why don’t more games use this method?

I think it goes to the answer above – when the player is part of the story creation, that story becomes more valuable to said gamer because, in part, it is theirs. Why others haven’t adopted this more widely is something of a mystery.

With Portal 2 being a more extended experience the need for plot development increases. What is being added to the Portal 2 story to flesh out the world and tell a more robust story?

The simple thing is that there’s more of it. You spend more than the double the time in Portal 2’s single player world than you did in Portal 1. Beyond that, some of the tools are the new characters being introduced – such as Wheatley, who is voiced by Stephen Merchant. His interaction with you, and GLaDOS, allow us to push in different directions. Another method for pushing further in plot development is where you will be spending your time. In Portal you spent the almost the entire time in test chambers. In Portal 2 you are going to be spending a bunch of time exploring the Aperture facility, discovering its background, learning more about why GLaDOS is up to all this testing in the name of science, and more.

What non-Valve games do you look to for storytelling inspiration? What other games do you think got humour right?

For me, The Neverhood Chronicles was one of the first games that really made me laugh and want to keep playing. I’m not sure anyone else is as old as me or remembers that one, though.

Comedy is tough to do when there’s a player interacting with the environment, even harder when there are two. How has the humor aspect of the game evolved for Portal 2’s co-op mode?

It makes it easier, really. All multiplayer games, even something as wickedly serious as Counter-Strike, can be absolutely hilarious affairs. Certainly Left 4 Dead has plenty of it. When people are acting together in a virtual world, goofy is just going to happen at some point. And when they have portals at their disposal, it’s going to happen often. For us, the challenge was really about making the game part of it more – or at least equally – as fun as “swinging your partner” with portals.

Portal takes a sort of non-violent approach to the first-person genre, is there something thematically at work here or was it just the nature of the mechanics dictating the game?

It’s all about the game mechanics. When we set out to make the game, there was never any talk about a desired rating; simply a view to capture an enjoyable experience. Once the tone was set in the first game, we just built upon that foundation assuming we’d hit a Teen rating. In many areas of the world, we actually received an All Ages rating which was something of a surprise to us.

You’ve talked about “swinging your partner” what other sort of crazy antics are available when there are two players?

The co-op portion of the game allows for lots of “experimentation” with the mechanics — dropping a Portal under your partner can fling them into a pool of toxic waste, removing a light bridge can also leave them plunging to a less than desirable action, etc. It’s all good fun, but can lead to a host of shenanigans. To help keep folks on the critical path, many of the co-op challenges are timed. At the end of the day, we believe the solving the puzzles is the most fun you can have in co-op but we’ve certainly left room for some good spirited messing around.

Part of Chell and Gordon Freeman’s charm as protagonists is that despite being visually unique they don’t reflect a lot of personality to the player. Is there a reason the two robots in Portal 2’s co-op seem to be of a very different design philosophy?

It’s interesting that folks have that opinion about the robots, since they don’t speak at all. They are, however, seen when in two player which makes them immediately different than the single player hero (whose only appearance is the hand holding the Portal gun). Since your co-op partner is going to be spending hours looking at “you” we wanted to give those robots some character to help keep things entertaining and give them some abilities to help with gameplay (such as being able to celebrate a completed test, laughing at you when you do something funny, etc).

Unlike a lot of great games, Portal started with a simple mechanic idea and grew from there. Is there something uniquely beneficial to this design strategy?

Most definitely. In an ideal world, this is how all games would be created. Being able to create the first game with a very constrained focus is what allowed us to deliver something that felt new to players. It was a proof of concept, really. With the results, we were able to expand upon that concept and build a much larger and more entertaining experience with much fewer questions about what else might work and what wouldn’t.

What inspired the visual design of the first Portal and how has it changed with the sequel?

The first game was almost an anti-art project. We discovered right away in testing that the test chambers had to be fairly sterile or else the player would become distracted by the environment and struggle to solve the tests. Since we had a connection with the Half-Life games, the basic palette was already established. From there, it was really a matter of removing clutter until the gameplay was more easily discovered. For Portal 2, we’ve taken a fairly major leap. In the second half of the game, you will find yourself in wide open spaces outside of the actual test chambers, as you explore new areas of Aperture. This was to expand upon the game, obviously, but also something that is only possible after learning a lot about set design from the first game.

Valve has always been great at letting its fans mod their games. What sort of opportunities will be present for the community with Portal 2?

Much of this is still to be announced. But we certainly plan to update the Source SDK with Portal 2 assets, tools, and tech. And we hope to deliver updates to the game on all platforms with content created by the community. For creation, folks will need to work from the PC. Then we will work with the community to deliver their content on the consoles thru Valve.

I have a theory that Portal was actually about solipsism and that through the trials she faces at Aperture Science, Chell slowly comes to realize that the universe around her is actually a figment of her own imagination; hence “the cake is a lie”. GlaDOS plays the role of her id and as she struggles to reach a higher understanding of her existence she’s forced to battle and ultimately destroy that part of herself. Can you speak to this idea?

Well, thanks for spoiling it for everyone. So much for Portal 3.