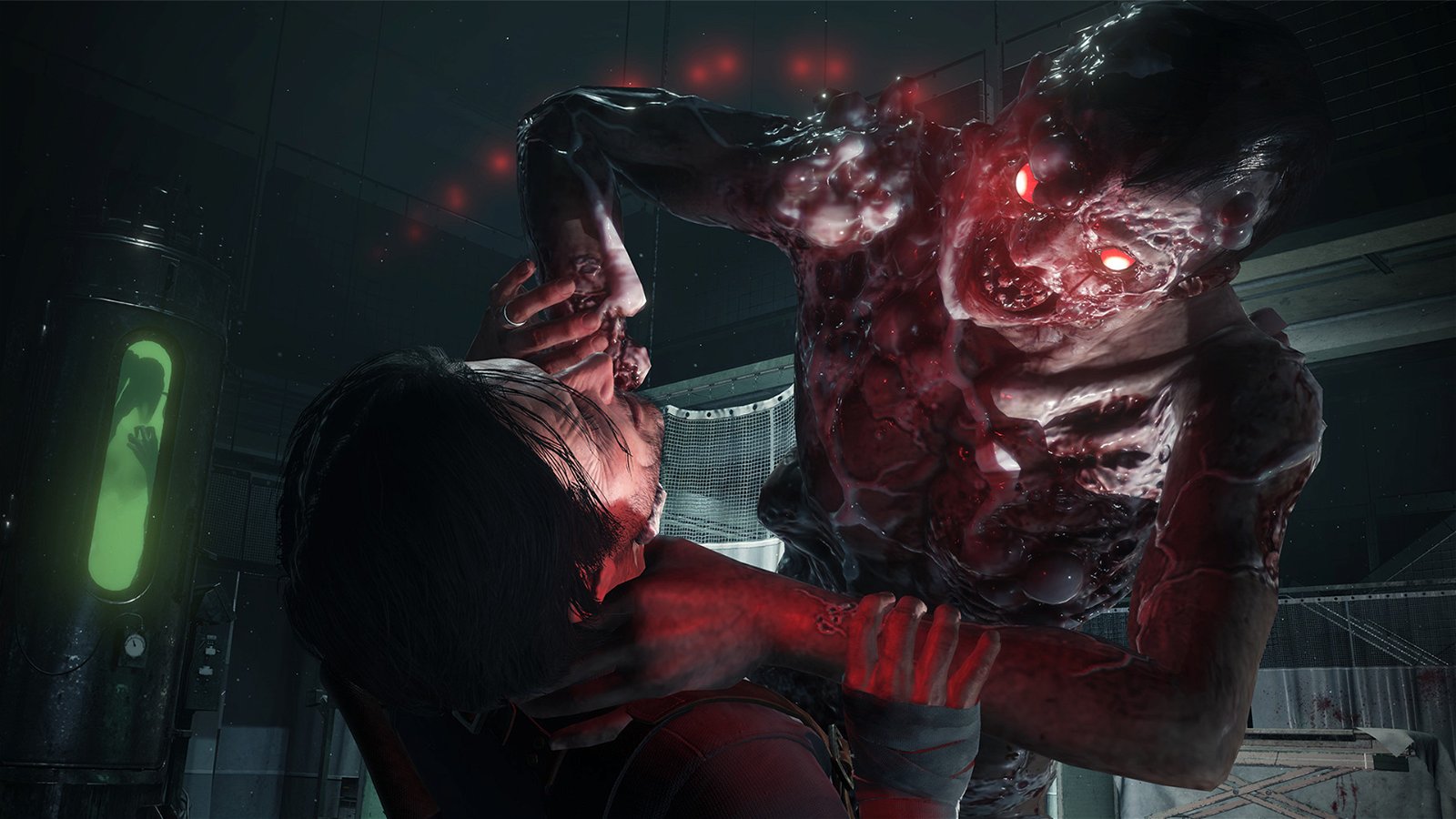 Reliving the Evil Within With The Creators

The Evil Within series has a new instalment in The Evil Within 2, which aims to build on the original and the accompanying DLC, as well as improve upon it in every way.

The mantle of Director has been passed from Shinji Mikami to John Johanas, and lead writer Trent Haaga—who worked on the DLC for the original game—has been given free reign to craft the story as he saw fit. Seeing as how The Evil Within was criticized for its poor writing, the latter seems like a great choice to ensure the sequel fixes the problems that plagued the original. CGM got to sit down with all three of the gentlemen at QuakeCon 2017 to pick their brains about the sequel and what they set out to accomplish.

Mikami began by explaining that the idea for a sequel came about naturally, which was echoed by Johanas who also added that following the DLC, the team had several ideas for a potential sequel and that’s how we ended up with The Evil Within 2. Creating a more open and less linear experience for players was another big goal for the team, according to Mikami and Johanas.

“One of the concepts behind the way we paced out the horror this time, the first game was also criticized for this, it was sort of non-stop horror scenes and non-stop tension. This time we try to alleviate that with the flow of the game so you have a bit of downtime to appreciate the atmosphere. When we do have those segments where the horror is very intense it hits much harder,” Johanas said.

Of course, a game is only as strong as its characters and writing, and that’s where Haaga comes in. Initially, the overall story was written by the Japanese team, but Haaga was brought in to help flesh out the voices of the characters and make them more grounded. A stronger focus on lead character Sebastian and his desire to save his daughter was a key aspect the developers wanted to get across to players.

“I would say the greatest thing for me working on this game is that there are a lot more characters who are a little bit more verbose, that have greater wants and needs and have their own individual missions and desires and because of that as a writer I got to write more characters making more interesting decisions throughout the game so that was what I thought was different from the first one,” Haaga said.

“My task coming in was to try and individualize these characters; give them a voice. Sebastian was a monosyllabic sort of character who was lost in grief during the first game and this time he’s got a little bit more of a mission and a drive. Therefore, you know, Sebastian was something of a blank state. I was allowed to build upon that and the same goes for the other characters.”

Making a game scary and intense without sampling adding more blood and violence is a difficult line to tread. Sequels often aim to be bigger, bolder, and more intense than the first entry, but doing so in the proper way requires some thought, especially in an open world setting where the player has choice and agency in the path they choose. Crafting a set piece with perfect pacing is difficult enough in a linear game, but in an open world game it’s far more challenging.

“First of all, the wide stages or area that we think about or used is based on the idea of a theme park, more specifically the haunted house in the theme park. In that area, rather than focus on a serious horror element we put a little bit more emphasis on the freedom of the players. At the same time, we kept the conventional approach. The straight line forward that you have to pass through specific points one by one. So by measuring those two things, we aimed at creating very tense areas or moments alongside relaxed elements. The combination of being very tense and very relaxed we designed to help players enjoy the game more,” Mikami said.

Johanas added to this by explaining how the team went about accomplishing this while keeping the freedom and action fresh.

“I don’t think we need double the blood to make this more effective. It’s more about creating an interesting experience for people and surprising them in different ways. You know, most survival horror games will kneel into the action side of things. This one is almost a step back in that regard in how it takes it back to its original action-adventure roots away from the action side. Maybe there is actually more action in the first one, but now it’s a little more exploration. As far as the scare side is concerned. We didn’t want to repeat the same things we’ve done in the past, we wanted it to stay fresh with new ideas. Whether that is scarier then things in the previous game, that depends on the person playing it. But to us, we think that it’s something that we haven’t done in the first game and it’s new to us so hopefully it’ll be new to the players.”

The survival horror genre is seeing a resurgence in this generation, with Resident Evil 7 and its highly regarded VR counterpart receiving high praise from players. But how does a developer maintain the aspects loved by older fans of the genre while keeping it new and innovative enough for the modern gaming landscape?

“First of all, the survival horror genre started with action adventure types of games. However, over time it has been transforming itself into more pure horror types of games. I believe that going forward those game will become much more horror-oriented in nature,” Mikami said.

Johanas discussed why making the move to open world was an important step in updating both the Evil Within franchise and the survival horror as a genre.

“As far as survival horror goes, it’s never really changed that much to me. It has always kept that simple balance of you versus the enemies that are stronger than you. It has kept that disadvantage and has tasked you with overcoming that. Not that we are replaying over the same themes, we are trying to see how far we can take it in this new spectrum of games. I think that the way we have the open levels and player agency and giving them player choices as well it takes it into introducing new concepts from other games and bringing it here, frequently. Especially with new games, it was brought up in the previous question that games have to be linear to keep the scares going they have to be confined into these situations. I think that we can open things up and make more dynamic situations where players can be frightened as games move on,” he said.

“Well the obvious changes are several hundred pages of script. We’re talking about something that is going to take you tens of hours to complete as opposed to ninety minutes of your time. You also have to predict what the player may or may not do, how the characters would react if you decide not to follow through with the mission or if you go halfway through and then come back. Is that guy going to be happy, is he sad. There’s things like that. But fundamentally, like I said, I don’t look at it like, “here’s the player.” You look at it from the point of view that each of these characters are their own human being with their own hopes and dreams and desires. Every character, even the smallest one needs to have his own way of talking, his own quirks, his own peccadillos. That’s what makes them all stand out and flashes it out. It’s what makes an unreal world have a foot in reality and I feel like you have to do that with any sort of narrative. Even if you’re going into crazy sci-fi, you have to tap into the elements of humanity that will make the average player go, “Oh I understand. I Understand why Sebastian wanted to do that or why he didn’t want to do that.” Even though you’re the one controlling them. The format is completely different but the core storytelling is very much the same.”

The Evil Within 2 releases conveniently on Friday, October 13th on PlayStation 4, Xbox One, and PC.

File Under: Bethesda, Shinji Mikami, The Evil Within