Clad Yourself in Steel 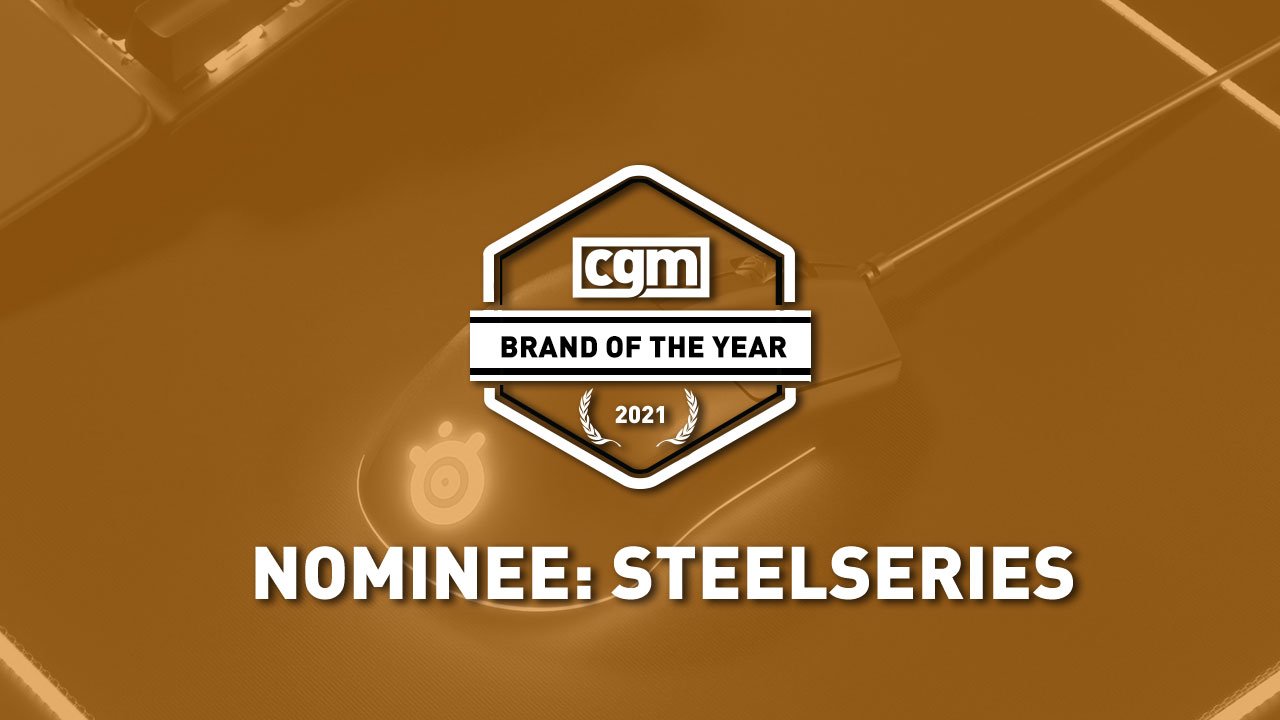 The Brand of the Year contest is heating up, and I’m here to tell you why my favourite peripheral company, SteelSeries, deserves to win this year’s crown.

In the interest of full disclosure, I initially encountered SteelSeries in, of all places, a Staples clearance section. I had acquired my first substantial desktop and was eager to dive into my Steam library in earnest, so I sought some quality tools that wouldn’t break the bank. Despite having no interest in the game itself, I grabbed their World of Warcraft gaming mouse purely for its ergonomic design, and was so impressed I went back for a Siberia headset and APEX[RAW] keyboard.

Many years later, that same desktop is showing its age horrendously, but the peripherals are still working as good as new.

SteelSeries is celebrating its twentieth anniversary this year. Founded in Denmark, it has a long list of “firsts” under its belt—the first gaming mousepad (Icemat) in 2001, the first gaming headset (Icemat Audio) in 2004, the first mechanical gaming keyboard (Steelkeys 6G) in 2006, to name a few. In 2002, they were also the first to collaborate with eSports players and sponsor an eSports event, becoming “the original eSports brand.” To date, pro players have won more prize money with SteelSeries products than with any other company.

SteelSeries produces just about everything PC gamers need on their desk—mice, keyboards, headsets, mousepads, and more. Console players can benefit from their various headsets as well, either in universal or specialized models like the Arctis 7X and 7P. In keeping with their eSports roots, they recently released a new Prime line of eSports products developed in partnership with sponsored players. Their pro-level feedback was incorporated to create the next generation of peripherals engineered for eSports.

But they aren’t just for professional gamers. In conjunction with Apple, SteelSeries has also designed the Nimbus+ controller to redefine how iOS users interact with their favourite pastime. Hooked on a particular Apple Arcade game, or a port of a beloved retro adventure game, but tired of touch controls? Plug your iPhone into the included mount, sync up instantly via Bluetooth, and recreate the experience of playing on a home console wherever you go.

My personal favourite has to be the Arctis 9 headset. It ruined other headsets for me with its lossless 2.4GHz, surround sound audio alone, but the real game changer was its simultaneous Bluetooth connection. No matter what I’m using the headset for, I can connect simultaneously to my phone to chat with friends or stay connected to notifications even while I’m immersed in a game or song.

Since founder Jacob Wolff-Petersen sought to improve the dust-magnet mousepad that caused fellow Counter-Strike players grief 20 years ago, SteelSeries has filed over 40 patents for their innovations as they seek to balance professional quality and durability with modern design. After producing the first gaming headset, they added the retractable mic. Their Ikari mouse was the first to include onboard profiles, and they were the first to make a dedicated MMO mouse with additional keys.

In the last few years, they’ve brought haptic feedback and true 1:1 tracking to mice, and high fidelity audio to headsets. They took keyboards to the next level with omnipoint adjustable switches, allowing players to customize the sensitivity of each individual key. This year SteelSeries seeks to take this even further with their PrismCaps—universal keycaps that add durability, ensure your keys’ lettering will never fade, and enhance RGB lighting, even on competitors’ keyboards.

On the software side, the company has made the leap to a new engine called SteelSeries GG. Users can fine-tune their devices mechanically and aesthetically, or use the included Moments feature to clip, edit, and share gameplay highlights.

SteelSeries has long worked with Apple, with their Nimbus and Stratus controllers, and is currently offering 3-month trials for Apple Arcade for those who purchase the Nimbus+. This year they’re also collaborating with some other big names—as the exclusive peripheral supplier for the Mercedes-AMG Petronas eSports Team, and as Peripheral Partner for the Red Bull Solo Q and Flick tournaments. They are currently partners with FaZe Clan, Red Bull’s Team OG, and TYLOO, China’s #1 CS:GO team, to name a few.

Perhaps more importantly, the company is also dedicated to sustainability in many forms, to do right by future generations of gamers. In terms of material, they’ve committed to using 100% recycled paper in their inner packaging structures and 100% plant-based inks, while reducing material and packaging materials as well—their Aerox mice use 25% less plastic than standard mice.

Last month, their charity partner was the Trevor Project, the leading national organization providing free, 24/7 crisis intervention and suicide prevention services to LGBTQ youth. Profits from limited edition Arctis Pro speaker plates were donated to the cause, a number then matched by the company. This is the latest in the company’s effort to enact positive social change, both in and beyond their workforce.

A history of innovation? Check—who knows what gaming peripherals would look like now if SteelSeries hadn’t provided so many firsts. Something for all levels of gamers? Check. Commitment to not only their customers, but the larger community? Check. SteelSeries has it all, and I believe they deserve your vote for this inaugural Brand of the Year contest.

(Be sure to check out the Brand of the Year homepage and cast your vote!)

File Under: Brand of the Year 2021, Steelseries