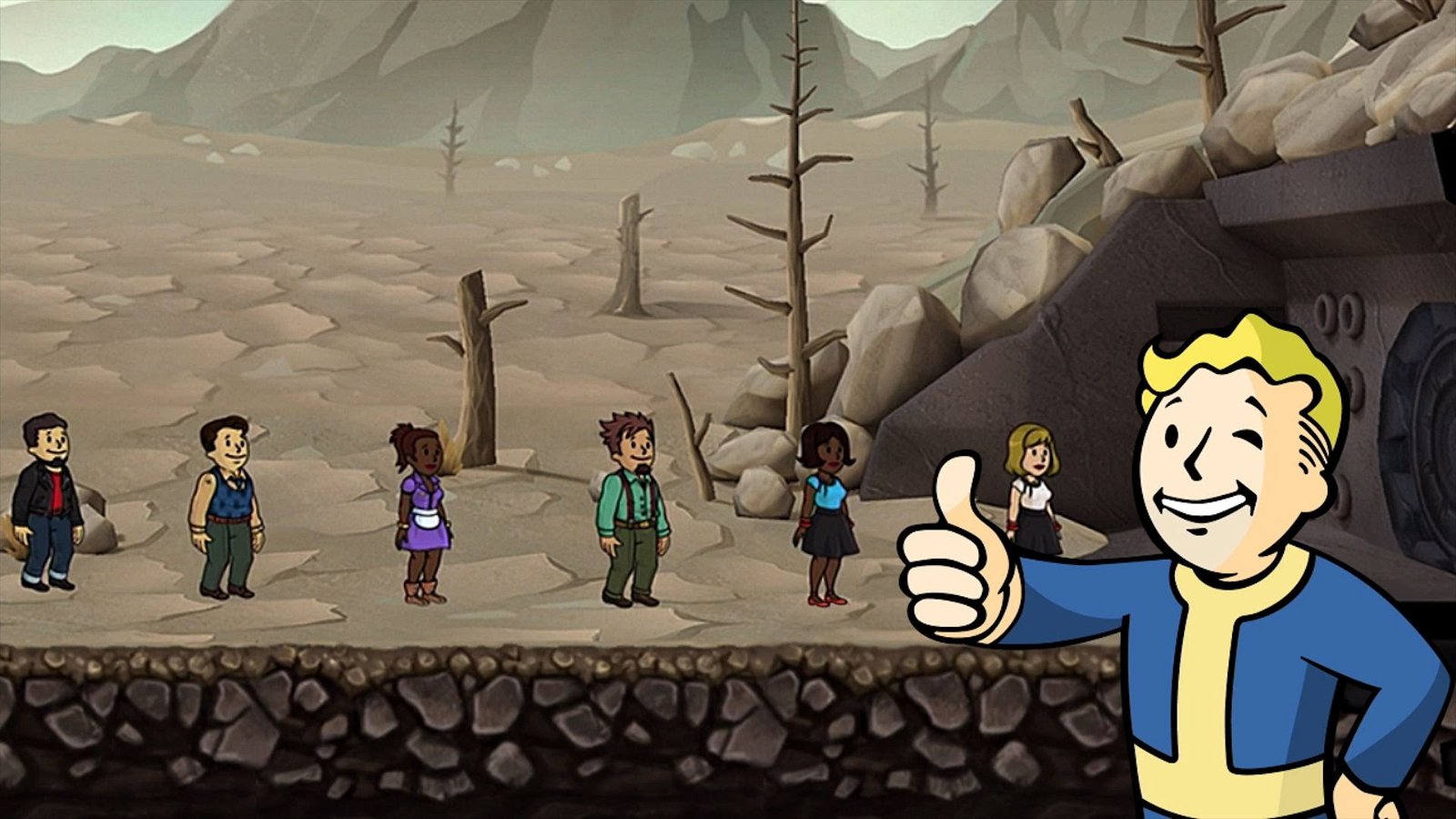 Fallout Shelter is an odd little game. As its name suggests, it lets players on mobile devices take control of a shelter in the Fallout franchise. It is a fun little game; that quickly becomes a dystopian exploration of how these shelters become baby making factories to keep the daily processes running.

A twisted little experience, which although I find it odd in many ways, I still find myself enjoying for reasons unknown. Once locked away only accessible to people on iOS, is now also available to anyone with an Android phone. If you have an Android phone, no better time than now to experience what it is like to run a small society in the post-nuclear fallout in a way only the Fallout series can portray.

Praised for its fun, addicting gameplay, and for its player-friendly approach to in-app purchases, Fallout Shelter has received accolades from some of the industry’s leading outlets, earning ‘Game of the Week’ from Touch Arcade and nominations for ‘Biggest Surprise’ from IGN and ‘Best Handled/Mobile Game’ from the official Game Critics Awards.

Today’s launch includes all-new game updates, including the introduction of Mr. Handy – the ultimate robotic companion – as a premium reward. Use him to collect resources inside your Vault, send him into the wasteland to collect caps, or defend your Vault from creatures and disasters, including new Deathclaw invasions and Molerat infestations.

Fallout Shelter is a post-nuclear strategy and simulation experience that puts you in control of a state-of-the-art underground Vault. Build the perfect Vault from a variety of rooms, oversee your very own thriving community of Vault Dwellers, and protect them from the dangers of the Wasteland.