Which Includes Spider-Man an MJ 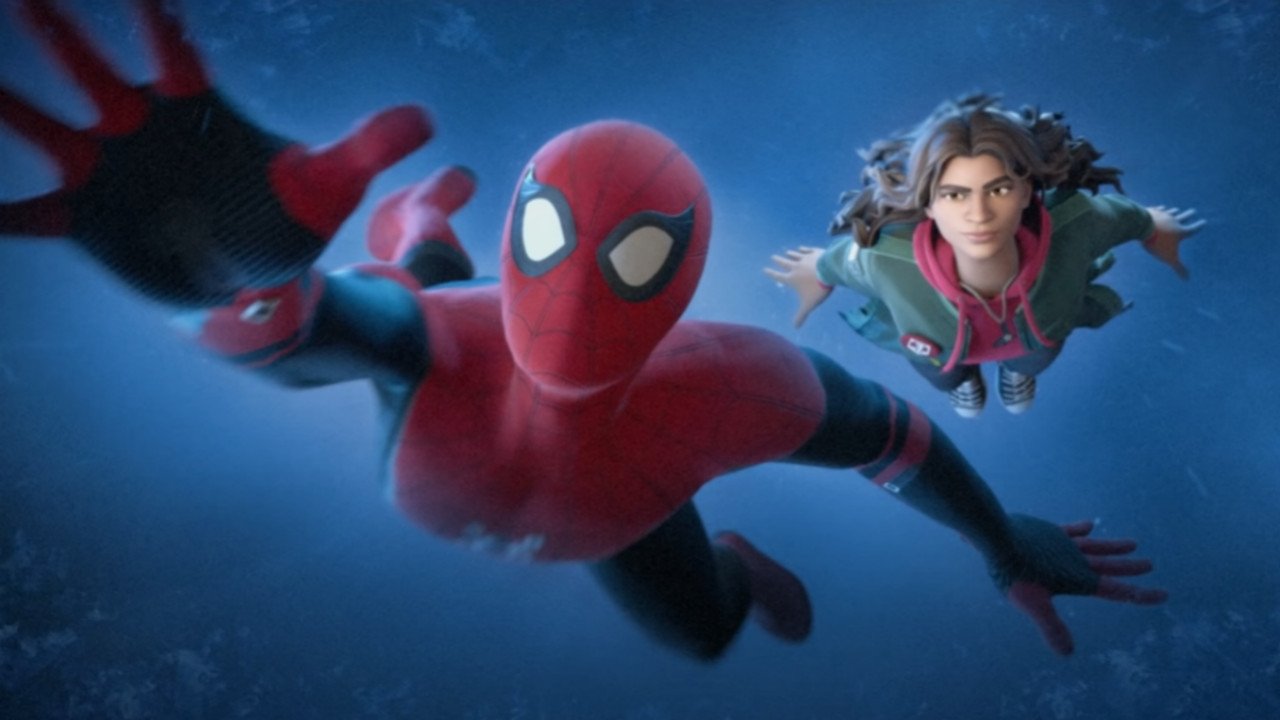 In celebration of the release of the highly anticipated Spider-Man: No Way Home, Fortnite has announced it is releasing two skins from the movie into Fortnite Chapter 3—MCU’s Spider-Man and MJ.

The new skins are gifts and are a part of Fortnite‘s Winterfest event which kicked off today and is running for a couple of weeks into the new year until January 6th. Each day Fortnite players will get a gift each day for two weeks in the event’s ’14 days of Christmas’.

The first special event are the Spider-Man: No Way Home skins, which players can pick up in the item shop today. Players who pick up the webhead skin can take off Spidey’s mask and reveal his true identity, Tom Holland aka Peter Parker. Not shocking for anyone in the MCU as everyone at the end of Spider-Man: Far From Home found out his secret identity going into the 2021 Spider-Man movie.

You can also visit the Winter Lodge each day for a new gift (Hint: watch the fire place for a special bonus!) When players revisit the winter lodge tomorrow they will be able to get their next daily gift, which could be one of two Outfits, two Pickaxes, two Wraps, a Glider, Contrail, Emote, Lobby Track, Loading, Screen, Emoticon, Spray, and Banner. Those outfits will be the holiday-themed versions of Krisabelle and Polar Peely.

Players can unlock a third bonus Blizzabelle outfit by just logging into the game through the Epic Games Launcher before January 6th. There are more things you can unlock during Fortnite Winterfest which includes the Snowmando Board Glider and Frosty Back Bling, which players can try to unlock by completing the winter objectives. In addition, Fortnite Crew members can also unlock the Golden Look Board Glider.

Spider-Man made his Fortnite debut in his classic outfit earlier this month as a part of Fortnite Chapter 3 Season 1’s battle pass. When players tried out the swinging in the game, it was shockingly good to many’s surprise. For more on Spider-Man: No Way Home, check out our review.