You Can Pet The Dog 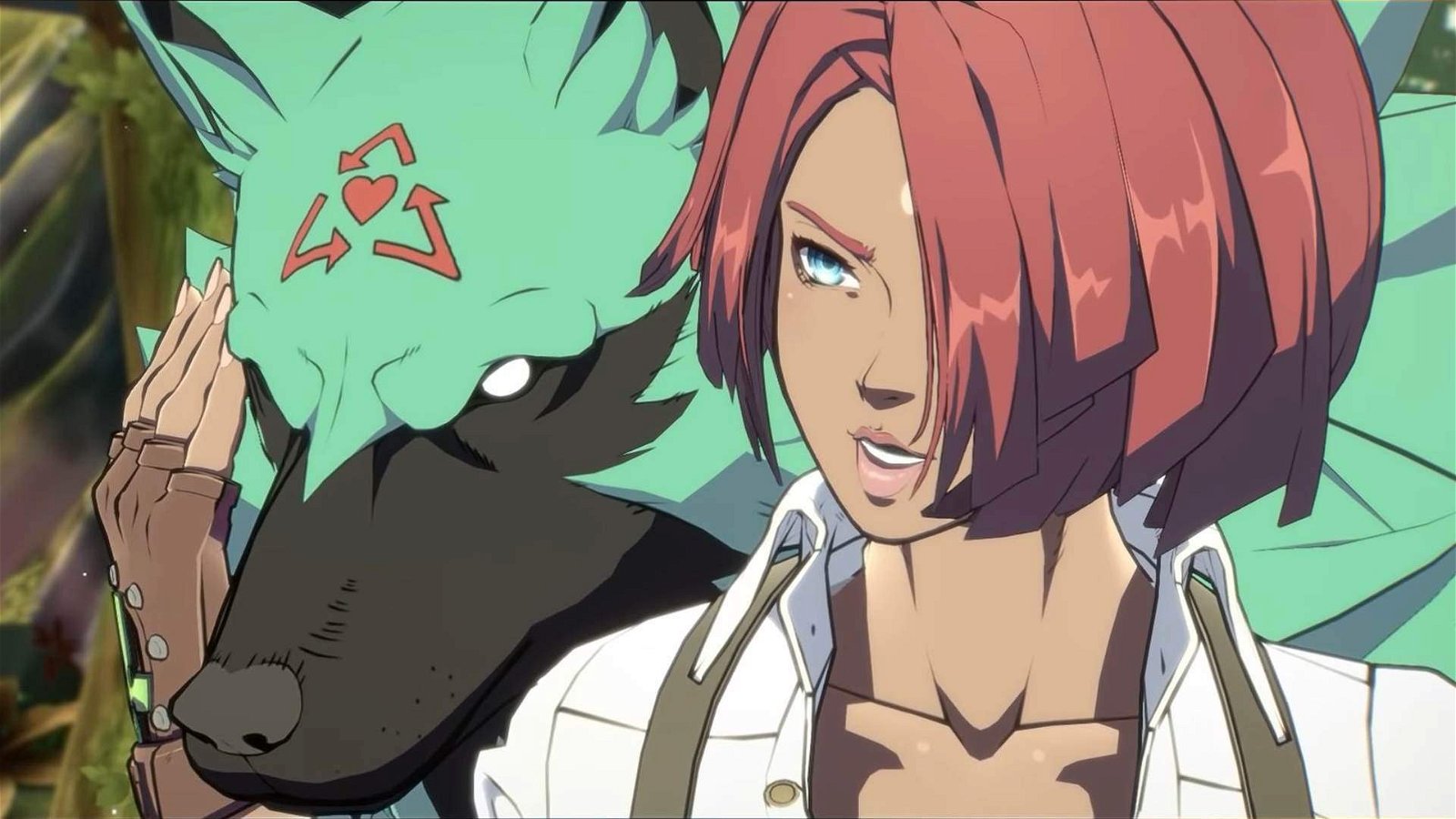 Arc System Works has unveiled the final release date for Guilty Gear: Strive, as well as a host of other things including new characters.

Releasing April 9th, 2021 for PC via Steam, PlayStation 4, and PlayStation 5, Guilty Gear: Strive will be coming in with a starting roster of 15 characters. The 13th fighter is newcomer Giovanna, a bodyguard for the American president who fights with a spirit dog companion named Rei. She fights primarily with kicks, and resembles a King of Fighters character more than a Guilty Gear one – a compliment I don’t give lightly! The 14th fighter was also teased: Anji Mito, the fan-wielding warrior from Guilty Gear’s 2D days. His trailer will be releasing January 1st, 2021. After that, we have one more fighter to go, and then the game is out.

A couple other features were teased during the presentation, as well as later listings and interviews. Some sort of tag team mode was teased in the launch date trailer, though it is apparently exclusive to PS5. The story mode was also teased, allegedly bringing the current Guilty Gear story to a climax. If you want to catch up on said story, a free recap comic has been made and translated to English, and Guilty Gear Xrd’s story modes are being uploaded to YouTube. In the midst of all this, I recommend keeping a tab for the Guilty Gear wiki open to quickly look up the many proper nouns and oddball characters you’ll encounter. An interview with Famitsu has also reaffirmed Arc Sys’ decision to not implement a typical online ranked mode, instead opting for a system of skill floors in a tower.

The game’s Deluxe and Ultimate Editions will launch for PlayStation 5 and PlayStation 4 three days in advance on April 6th, 2021. In early access, 13 out of the 15 total characters will be playable in all offline modes. For story mode, only the prologue will be playable. Pre-orders will come with special colours for Sol and Ky that exchange each others’ signature colours, both in costume and in attacks. The season pass that’s part of special editions will include five characters, two stages, five more colours for every character, and an additional story scenario. Finally, there will be an open beta test on consoles in early 2021, as well as location testing at Japanese arcades.

Guilty Gear: Strive will launch for PlayStation 5, PlayStation 4, and PC via Steam on April 9th, 2021. It’s going to be changing a lot for the series, from its upgraded 3D visuals to the new rollback netcode and online suite. A lot of people are worried, but Arc System Works has been taking massive amounts of feedback all throughout development, so there’s a good chance things will work out. I look forward to seeing the open beta in action, and hopefully everything will be a rousing success when we finally reach April 9th.