Live Your Own Critical Role Adventure with Dungeons & Dragons

How Do You Want To Do This? 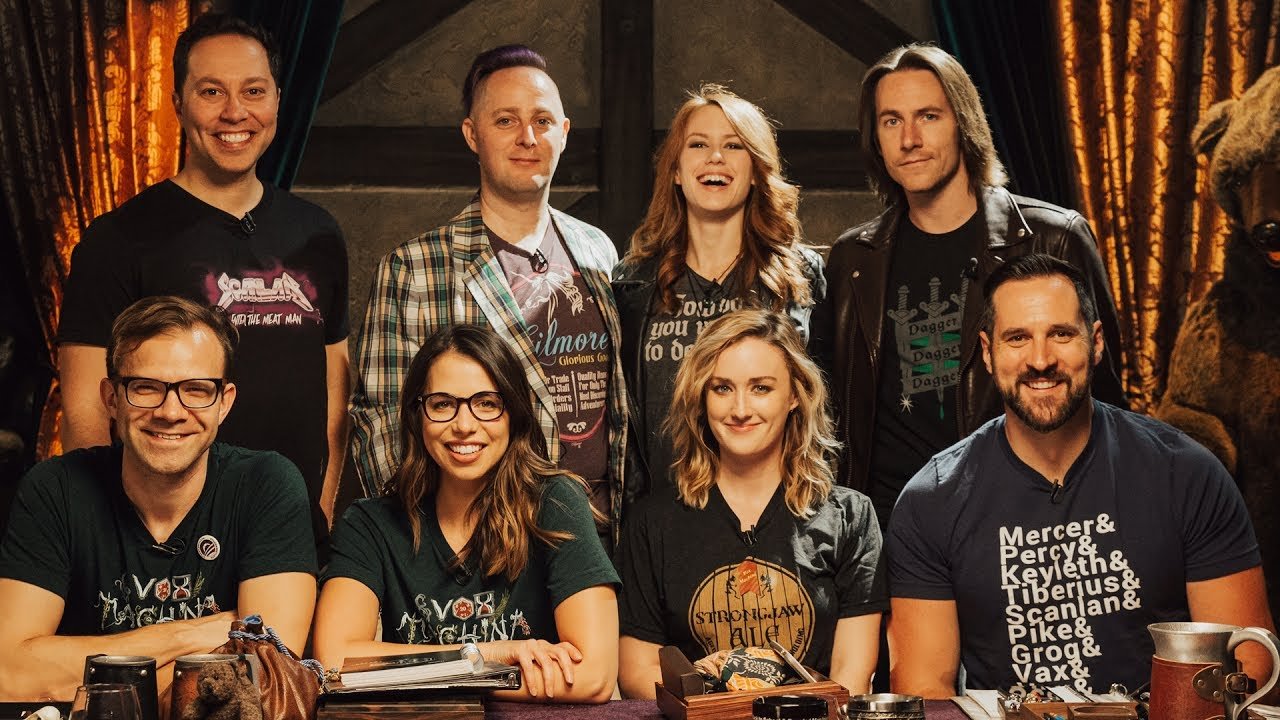 Critical Role and Dungeons & Dragons have announced their second official partnership with Call of the Netherdeep, a new campaign book for the roleplaying game’s Fifth Edition.

The talented voice actors behind Critical Role have a lot of plates spinning right now. On October 21 the third season of their actual-play podcast/webseries will begin, with a brand new campaign set in Dungeon Master Matthew Mercer’s world of Exandria—and in some regions, a theatrical premiere. Meanwhile, their new animated series, The Legend of Vox Machina, will premiere on Amazon Video February 4, 2022, retelling the events of the webseries’ first arc.

On March 15, Critical Role: Call of the Netherdeep will give fans and D&D players alike a new way to experience Exandia—a full-fledged campaign, developed by Mercer and D&D designers Chris Perkins and James Haeck. The book includes a seven-chapter adventure that will take players from level 3-12, tying into themes from the show’s previous campaigns along the way. It also includes stats for new creatures and magic items, a poster map of Ank’Harel, and “new mechanics for a rival party of NPCs.”

“Getting to bring a direct adventure book within Exandria to life is really such an exciting thing, especially exploring ideas and elements I’ve never been able to bring to a campaign myself yet,” said Mercer. “Working with such a talented team to develop and craft a tale like this is an absolute honor, and I cannot wait for folks to step into the unique mysteries and dark challenges that Call of the Netherdeep invites.”

Perkins called the adventure “a story that feels true to Critical Role while also being something that all D&D fans can enjoy. […] The story has depth, and there’s a wealth of setting information in this book for all the Critters out there.”

The adventure will take adventurers “to the glimmering oasis-city of Ank’Harel on the continent of Marquet,” the same land where the new campaign will take place, and later into the Netherdeep, “a terrifying cross between the Far Realm and the deep ocean.” All revolves around a lost champion of the gods, but who knows what the heroes will unearth if they answer his call?

Critical Role began as a home campaign of D&D led by Mercer, with a player party of fellow renowned voice actors—Laura Bailey,Taliesin Jaffe, Ashley Johnson, Liam O’Brien, Marisha Ray, Sam Riegel, and Travis Willingham. Their exploits began streaming on Geek & Sundry’s YouTube channel in 2015, and after over a thousand hours of content, the group is becoming a veritable content empire. Beyond the regular live streams and pending animated series, there are also a plethora of comics and books coming to help expand the group’s lore.

Interested players and superfans may also want to check out Explorer’s Guide to Wildemount, the first collaboration between Critical Role and Dungeons & Dragons. This campaign guide contained a bounty of information for running games in one of Exandria’s main continents, including subclasses, spells, magic items, monsters, and “the possibility manipulating magic of dunamancy.”

In the meantime, don’t miss the premiere of Critical Role season 3 on October 21. D&D also has a big lineup of products out this fall, including the new adventure The Wild Beyond the Witchlight and a new tie-in with Magic: The Gathering, Strixhaven: Curriculum of Chaos.