Yesterday afternoon, BioWare teased the world with their first official gameplay reveal of Mass Effect: Andromeda on the PlayStation 4 Pro. The game looked visually stunning, and featured the male version of BioWare’s brand new main character, Ryder. But new information from PlayStation Access reveals another important plot tidbit: the male and female versions of Ryder are brother and sister.

In the original Mass Effect, Commander Shepard was either a man or a woman; if you picked the former, the latter didn’t exist and vice-versa. But according to Mass Effect: Andromeda Creative Lead Mac Walters, both male and female Ryder exist in the game world at the same time. “So if you’re playing as the sister Ryder, female Ryder,” Walters said, “your brother’s somewhere in the universe.”

According to Walters, we previously saw the female version of Ryder at E3 2016, marking her as the first official unveiling of the game’s main character. Walters also confirmed that the original N7 figure we saw at E3 2015 was, in fact, their father. So the entire Ryder family will most likely play a major role in Mass Effect: Andromeda‘s universe. 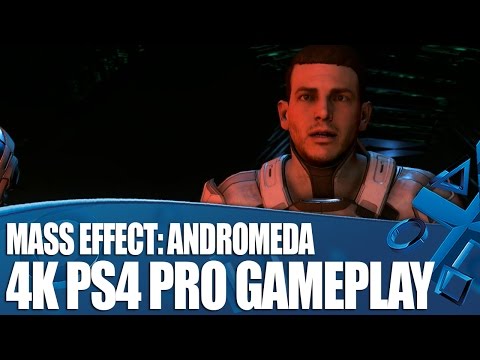 Walters’ reveal is the first major verified plot detail since the game’s original unveiling at E3 2015, when the game’s world and title were announced. While a leaked BioWare survey supposedly points to more details about exploration and colonization of the Andromeda Galaxy, little has been confirmed by BioWare. Even Walters was hesitant to reveal characters’ names, noting that more information would be brought up later.

According to a commentated trailer from yesterday afternoon, Mass Effect: Andromeda‘s official unveiling will land on November 7th, or “N7 Day,” named after the Systems Alliance military code in the game’s universe. In the meantime, the PlayStation 4 Pro will be launching later this month, giving Sony enthusiasts the opportunity to play Mass Effect: Andromeda next year in 4K resolutions.