Will Ferrell Refused $29 Million To Star In Huge ‘Elf’ Sequel 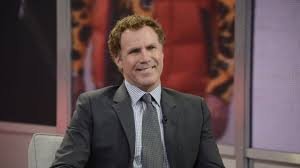 One of many Will Ferrell iconic roles was Buddy the Elf in the huge box office success that was the movie Elf, however, it seems that was a one-and-done deal.

Many Will Ferrell movies have been made with the unique humour that he brings being the centrepiece of each. From Stepbrothers, The Other Guys, and Ricky Bobby these roles are undeniably written with Ferrell in mind to the point where he himself could be a comedy genre of film.

Enter Elf, a Christmas movie blockbuster that demolished its budget of $33 million to the gross success of over $200 million directed by Jon Favreau. This film saw Ferrell as a human being raised by elves after he’s mistakenly brought back to the North Pole. The novel design of the film, the production, and the iconic Will Ferrell brand made this film a blockbuster.

A sequel to this movie was surely a no-brainer due to the massive success it was in 2003. Fans have been clamouring over whether it would receive a sequel true to the original. Without Ferrell as Buddy the Elf the film cannot proceed, imagine Anchorman with a Ferrell-less Ron Burgundy… it just can’t happen.

On prospects of a sequel, Will Ferrell told The Hollywood Reporter “I would have had to promote the movie from an honest place, which would’ve been, like, ‘Oh no, it’s not good. I just couldn’t turn down that much money,'” including “And I thought, ‘Can I actually say those words? I don’t think I can, so I guess I can’t do the movie.'”

As it turns out, the premise of the film just wasn’t very good. If a piece of art is just that good, a second one would just diminish the value of the original, as is seen by Dead Space 3. Too much pressure on a good thing can definitely be a bad thing.

Will Ferrell’s latest foray into the acting world is The Shrink Next Door, a dark comedy series co-starring Paul Rudd and directed by Michael Showalter. Airing on November 12, exclusively on Apple TV+.