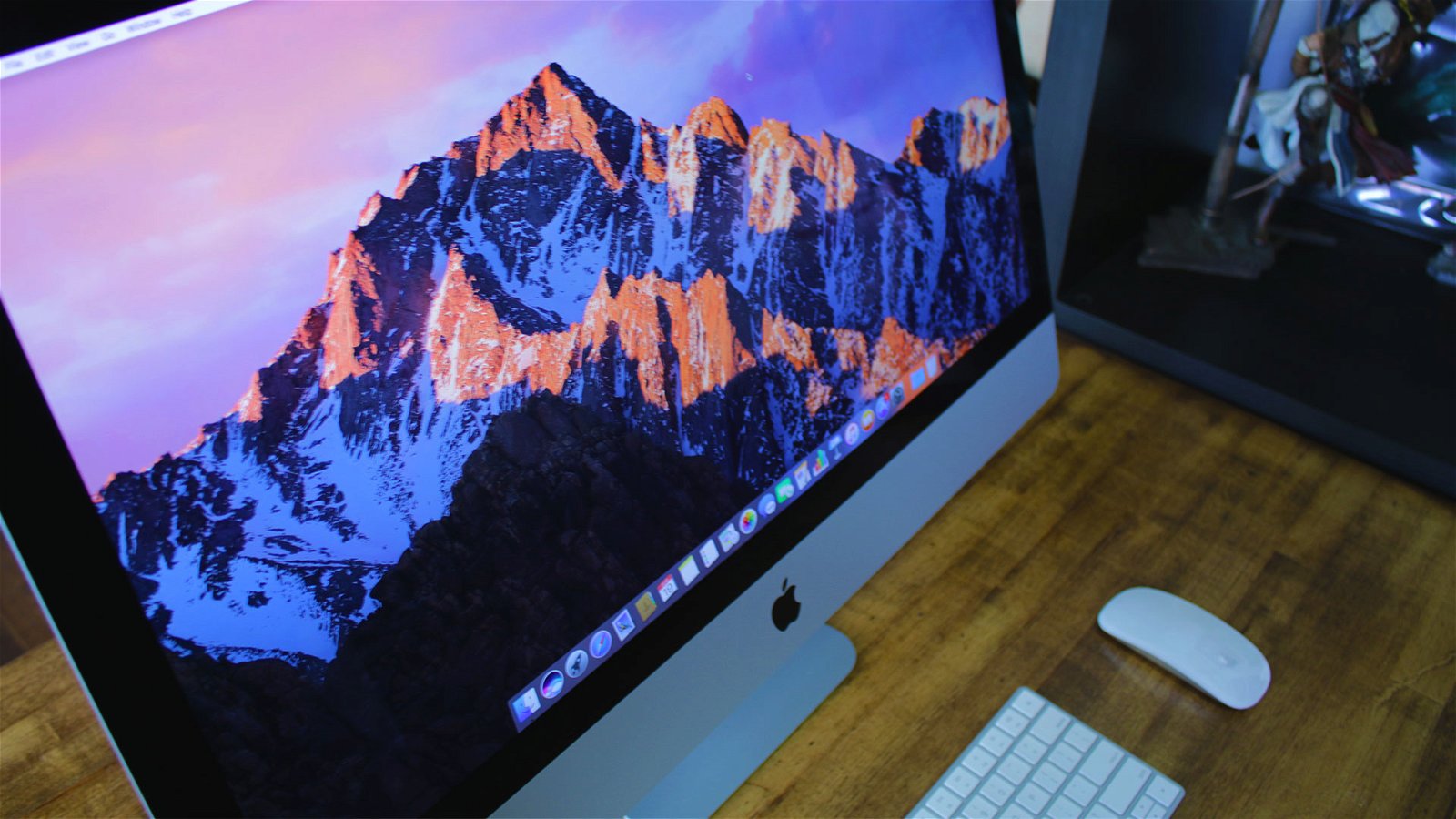 It’s no secret that Apple controls a major share of the electronics market due to their brilliant marketing and powerful R&D department. Despite their products carrying a premium price tag, both casual consumers and businesses continue to gobble up anything Apple because of the manufacturer’s proven reliable quality and ease of use. Retailing for $2700 USD, the newly released iMac may not be the most innovative product Apple has ever developed, but a vibrant display and competitive specs are sure to keep people hooked into this updated experience.

Breaking open the glossy white box reveals the 27” all-in-one iMac, a power cable, Apple’s famous Smart Mouse, and a wireless keyboard to round out the peripherals. Set up required no time at all thanks to the simplistic instructions and within 10 minutes I was browsing the Internet and downloading a suite of software to benchmark.

Aesthetically the new iMac is, simply put, stunning. The vibrant new 5k Retina display has been updated to dish out more brightness while maintaining excellent colour accuracy for any piece of media the user chooses to consume. Despite being an all-in-one computer, the iMac’s profile is anything but bulky. The sleek and sexy profile of the panel makes it so that the computer can be accommodated on a majority of work desks with ease and support all of the necessary technology that users desire. While it is inconvenient that all of the ports of the iMac have only been accessible on the back of the panel since 2014, the design choice is understandable. One of the updated changes on the 2017 model is that the iMac has traded in the barely used mini-display ports for 2 new Thunderbolt-capable USB Type C connectors and a fourth USB slot. Accompanying these new ports are the standard SD slot, headphone jack, and Ethernet port.

While the outward appearance of the iMac remains quite familiar, the specs have undergone an overhaul. At the heart of the iMac is the Intel i7-7700K processor, packing 4 cores and 8 threads of pure performance all clocked at 4.2 GHz. Graphics are surprisingly no slouch as Apple decided to use the AMD Radeon Pro 580 Graphics Engine. This shows that even Apple is interested in VR technology and this graphics chip is what will allow users to have a taste of that immersive experience. Rounding out the specs is 16 GB of DDR4 Ram and a total of 1TB of storage via the Fusion Drive, which uses both SSD and HDD storage.

The primary use of iMacs is in business, student programs, and multi-tasking applications. While users can build their own computer with much superior specs for less, that takes time and research that a majority of people have no interest in investing. The reason so many people choose the iMac as their personal computer is because of the convenience, the size, and the ease of use that comes from macOS. The point of our first two benchmarks is to illustrate how well the iMac does in this field.

Starting off with Geek Bench 4’s CPU benchmark, the iMac scored a total of 5,703 for single-core performance and 19,709 in multi-threaded. Comparing those results to the iMac database, this 2017 model is actually the fastest one to date, beating out the previous record holder from 2015. It’s also surprising to see in this database that Core-i7’s are so uncommon, with most iMacs leaning towards i5’s as their preferred processor. After running through the compute benchmark, the iMac continued to impress with an Open CL score of 115,783 thanks to its AMD graphics engine. While the AMD graphics are a nice touch, it will be interesting to see how the future iMac Pro performs with the addition of both Intel Core-i9 parts and AMD Vega graphics.

To further highlight the multi-tasking performance of the 2017 iMac, the machine went through a quick run of Cinebench R15. The CPU test came out strong with a total score of 946 CB and Open GL test also delivered some pleasant results, reaching upwards of 127 FPS.

A popular stigma surrounding iMacs is that they can’t game, and while my benchmarks will prove otherwise, it’s the selection of titles that is truly lacking. Even with Apple partnering with Valve to deliver a beta version of Steam VR, the Steam platform itself feels surprisingly empty despite offering hundreds of titles. Users who intend to use their iMac as their primary gaming device will be disappointed due to not only the lack of titles, but also the speed at which they’re released. It’s common that ports of popular Windows games take months to release on Macs, with many titles even cancelling their Mac ports due to lack of demand. A good feature that current gaming PC users can take advantage of is that Steam can stream all installed titles onto the iMac quite well if the user possesses a decent enough internet connection. My short time testing out the feature was positive, with minimal latency and input lag.

Enough about the negative though, it’s time to highlight what games are available and how they perform. With all of these games I wanted to hit above the 60 FPS threshold by playing them at 1080p on high settings. Because I had no experience with this AMD graphics engine I was expecting it to be usable, but not as powerful as a standard GPU. The results proved me wrong.

Starting with eSports titles, I used Counter-Strike: Global Offensive and Rocket League as my primary test subjects. Any Source Engine game should perform flawlessly, with CS:GO hitting well above 200 FPS at High Settings. It would be incredibly easy to upscale these games to a higher resolution without sacrificing power. Rocket League was also an easy game to run, coming in at over 100 FPS at 1080p and over 80 FPS at 1440p. I would recommend upping the resolution on these games to sharpen the image on the 5K display, because at times 1080p felt grainy and muddled.

Moving over to the AAA space, Mad Max, Batman: Arkham City, Metro: Last Light, XCOM 2, and Middle Earth: Shadow of Mordor rounded out this test suite of games. Through the test bench results the only real outlier is XCOM 2, which I feel is due to poor optimization from the developer. The rest of the titles performed great at 1080p, especially while handling draw distance during open-world segments. These games might have to stick to 1080p resolution, but lowering the setting further to hit 1440p is also a good option if users desire a sharper image.

Overall the 2017 iMac is a great addition to users who are in much need of a personal or business computer. While players can enjoy hundreds of titles on Steam through macOS, I believe this should not be the primary reason for purchasing such a premium machine because it specializes in multi-tasking and ease of use instead of gaming. The iMac does make a good supplementary machine though for users that also enjoy streaming their games. Now for people who already own an iMac, I would say wait just one more year. While the improved Retina display is stunning and the other improvements feel like they are perfecting the hardware further, it’s still not enough performance gain to feel justified if your existing iMac still runs effectively. As AMD and Intel Streamline their new lines of graphics chips and processors, users will see more substantial benefits later than if they jumped the gun right now. While the 2017 iMac launched in July 2017, the new iMac Pro will be hitting this December, that promises to be a much more capable machine that people looking for power and style may weight to pickup.

The 2017 iMac is a great all-in-one computer for both users and businesses alike, but existing users may not see as substantial benefits by upgrading now. 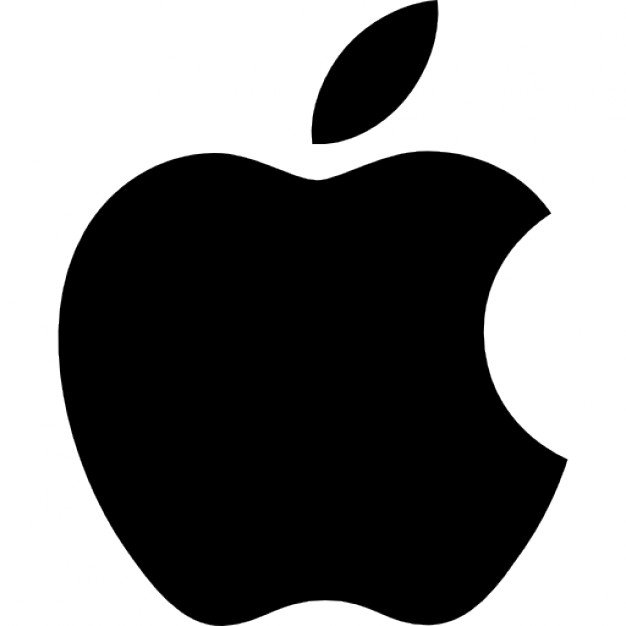