A Masterful Blast From The Past
SCORE: 9/10 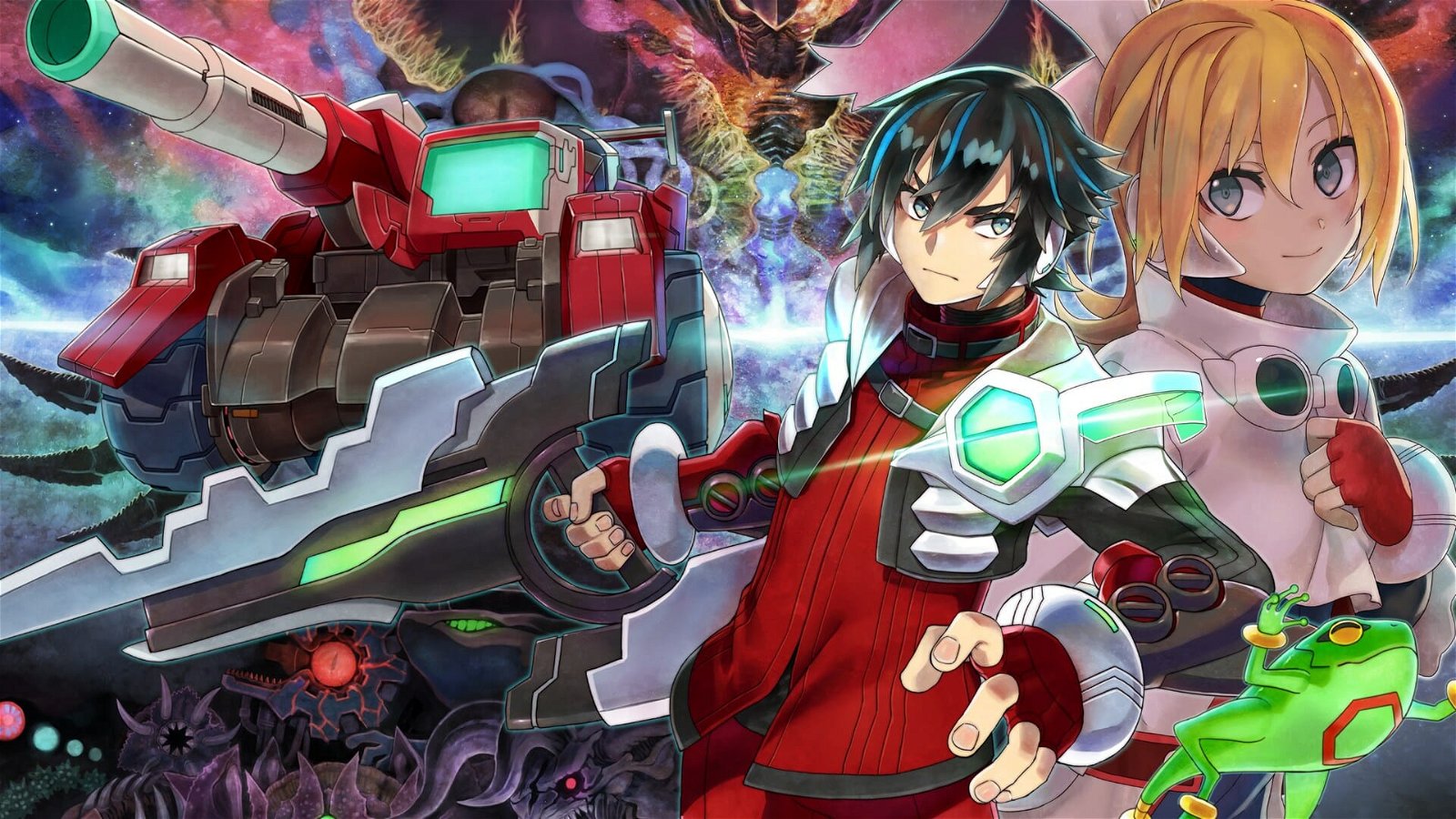 2021 is an amazing time to be an old-school gamer, and right here is the proof. I was a big fan of Japanese developer Sunsoft’s original Blaster Master for the Nintendo Entertainment System, although its difficulty and lack of a password or save system ultimately drove me to rage-quit the game for good back in the late 80s.

Yes, you heard that right. The EIGHTIES. So you can imagine both my excitement and subsequent outrage when the reboot, Blaster Master Zero, was announced in 2017, only to be dangled like a carrot in front of me for years via ports to just about every platform except the one that I primarily game on, which is Xbox.  Four years later however, thanks in large part to Microsoft’s revamped initiative to work more closely with Japanese developers and the amazing outreach team at [email protected], that long wait is finally over. While Blaster Master Zero is not quite the same game as the 1988 NES original, the ways in which it differs are mostly for the better.

Blaster Master Zero retells the story of Jason Frudnick and his quest to find his pet frog “Fred,” though it tends to complicate matters though a very long-winded intro story that begins on earth hundreds of years into the future following an ice age, repainting Jason as a “genius in the field of robotic engineering” and Fred as a “yet undiscovered species” that resembles an amphibian.  In any event, Fred still escapes and conveniently jumps down a hole (now a wormhole) and Jason blindly follows in search of his friend, a fateful decision that immediately brings him together with SOPHIA III, the trusty armoured tank that will serve as both his vehicle and one of his two main sidekicks during this adventure. Eve, the humanoid female that Jason soon meets as he learns to navigate the dangerous new world in which he finds himself, steps in as his second ally.

“While Blaster Master Zero is not quite the same game as the 1988 NES original, the ways in which it differs are mostly for the better.”

Predictably, standing in the way of Jason’s reunion with Fred is an army of mutants and mutant bosses, not to mention several interconnected Metroidvania-style worlds with challenging obstacles to traverse, thus Jason must utilize SOPHIA III’s wide arsenal of upgradable weapons and tools in order to destroy, defeat and overcome them. The core gameplay of Blaster Master comes in the following flavours: Run-and-gun horizontal and vertical platforming/shooting via SOPHIA III; top-down, shooting and puzzle solving as Jason as he navigates mini-dungeons packed with bio-robotic enemies and environmental hazards; and boss fights against large, bizarre mutant lifeforms (or groups of them) in arena-like stages that cannot be escaped until all the enemies within them have been dispatched.

In this way Blaster Master Zero hews closely to the gameplay beats that inspired it, but it also wisely takes the occasional liberty to refresh and spice-up the formula a bit. One of the most notable changes is the addition of new arena boss battles that take place while piloting SOPHIA III in the overworld. These encounters blend all of the above gameplay styles together, calling upon the player to use newly-gained gained weapons and platforming abilities to terminate much larger, gate-keeping foes.

What impresses me most about Blaster Master Zero is how it manages to effectively capture the nostalgia of the original game and distill just about all the elements that were fun about it, while also flexing its status as a reboot to avoid becoming a predictable, blow-by-blow copy of the OG Blaster Master. Visually, the familiar 8-bit visual style has been faithfully retained, or at least, it appears to have been, but in truth Zero’s engine is displaying far more details and effects than the NES ever could, thanks to the raw horsepower of more modern consoles. With all the current generation graphical tools now available to developers, developer Inti Creates could have literally blown the doors off Zero, throwing in some fancy Octopath Traveller-style tilt-shift bokeh effects for example, but they instead chose to keep it classic, displaying admirable restraint.

“Visually, the familiar 8-bit visual style has been faithfully retained…”

In terms of gameplay, the controls feel as solid as ever, especially the platforming sections, once you get used to and/or reacquainted with SOPHIA III’s weighty, Halo warthog-like tank controls. Hopping, boosting and crashing about a maze of platforms like a bull in a fine China shop while blasting enemies into oblivion is easily one of the Blaster Master franchise’s most entertaining aspects, and it’s still in fine form here. Players who had a fondness for playing with action figures, LEGO or miniatures in their youth (or still do currently) will get a kick out of making teeny-tiny Jason hop out of SOPHIA III to solve puzzles in the dangerous, larger over world on his own, or to just run amok with his peashooter to see how far he can get. But beware, a fall of three metres or higher will kill Jason instantly, so your platforming skills and ability to properly judge distances had better be on point!

Some of you might be asking, what happened to the notoriously difficult, frustrating and buggy elements of the original Blaster Master that made me rage-quit in my youth? Well, I’m happy to report that barely any of them made it into this reboot, thanks to a bevy of much-needed refinements and improvements. Unlike the original game, Blaster Master Zero offers ample save points across all of its levels, a “retry point” outside the lair of each of its bosses and even provides the option to save the game anywhere via the pause menu.

“All of these enhancements contribute to Blaster Master Zero being a more fun and accessible experience.”

At any time, players can also consult Eve via the inventory menu to get a helpful reminder or hint as to where they’re supposed to head next or read an explanation as to how to best use the weapon or tool they currently have armed on SOPHIA III.  Likewise, each component of Jason’s personal arsenal comes complete with a written description of what each weapon or tool does. There’s also a MAP SYSTEM in the menu that provides a waypoint to the next objective, which is crucial to avoid getting lost while backtracking across the game’s labyrinthine areas. All of these enhancements contribute to Blaster Master Zero being a more fun and accessible experience. Players looking for a greater challenge need not worry though, as there is a “Destroyer Mode” difficulty that unlocks upon completion as well as a “Good Ending” for those who complete the game after finding every upgrade.

If I have one gripe with Blaster Master Zero, it’s that much like the original game, there are really only a handful of guns in Jason’s arsenal that are actually effective. Unlike the upgrades for SOPHIA III which all serve a specific purpose in enabling the player to progress, several of Jason’s personal weapons seem like afterthoughts that are completely optional.

Case in point, in the dungeons I relied almost solely on four specific guns, not because enemies were weaker against them, but because they all featured good range, fast firing rates and/or could pass through objects, allowing me to shoot from cover at a safe distance. The aforementioned “Destroyer Mode” may address part of this problem though. In any case, it’s no reason to miss out on this wonderfully new blast from the past.

Blaster Master Zero is an excellent reboot of a classic action-platformer, and shouldn’t be missed by anyone who is a fan of the genre, a devotee to the franchise or is simply curious about the Blaster Master name and are looking for an effortless way in. 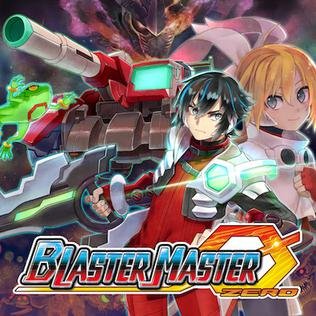