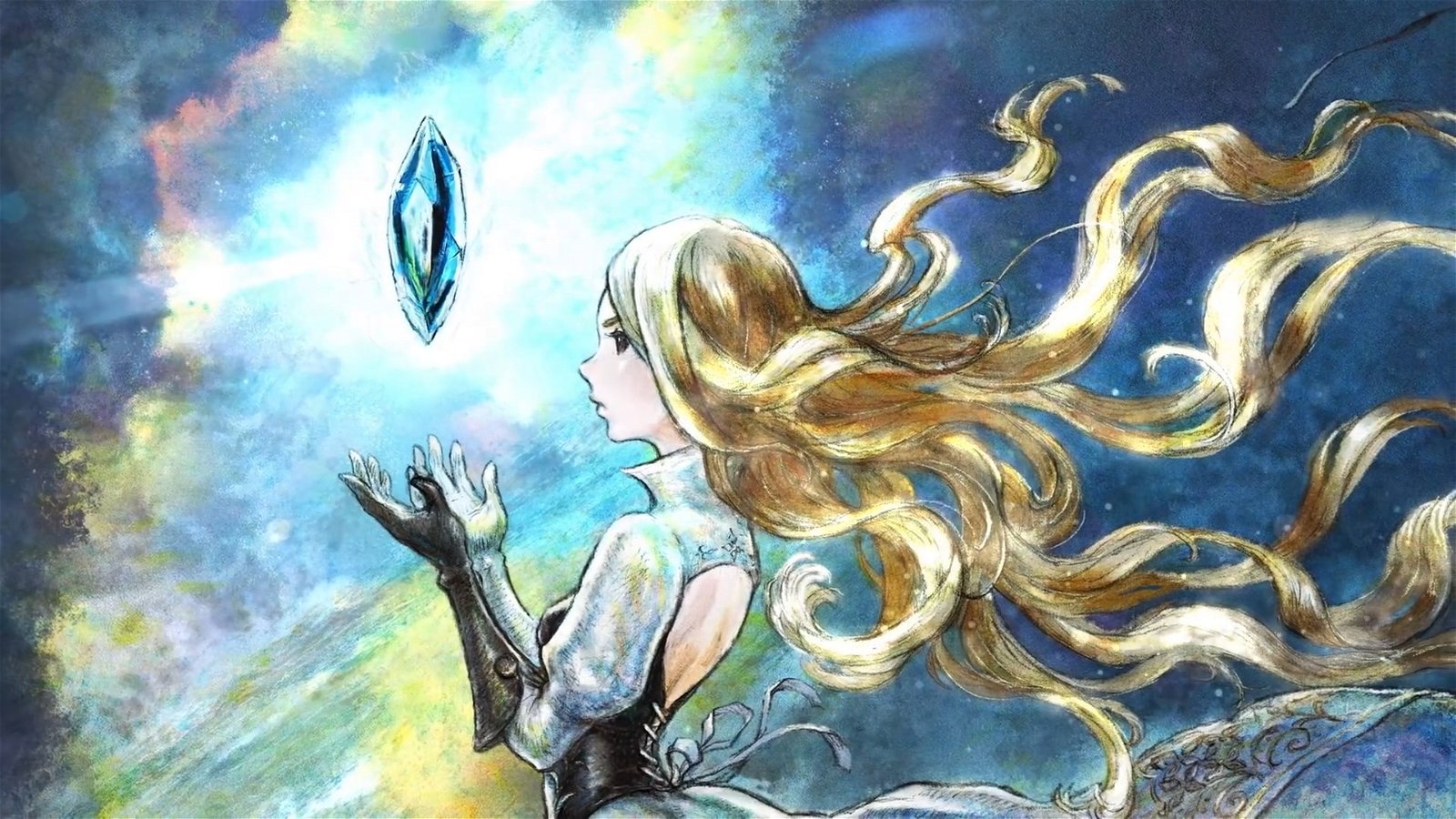 If something seems familiar about Bravely Default 2, it’s not a mistake. Bravely Default was a gem of the 3DS’ library, along with its initial follow-up, Bravely Second. The series began life as a sequel to Final Fantasy: The 4 Warriors of Light on DS, before being given a fresh title of its own. As a result of this convoluted lineage, this new sequel for Switch feels more like classic Final Fantasy than most things Square Enix have made in the last decade.

Those acquainted with either series will be comfortable with the premise of Bravely Default 2: four heroes embark on a quest to reclaim four crystals representing the elements, stopping natural disasters and the end of the world in the process. It’s a standard concept at this point, and accessible to newcomers, but Square’s Team Asano and director Shunsuke Iwami have used it as a launchpad to reach some interesting new heights.

Our four heroes in this outing are Seth, a shipwrecked sailor; Gloria, a princess without a kingdom; Elvis, a travelling scholar; and Adelle, his hired bodyguard. Gloria is on a quest to recover the four crystals, heirlooms of her destroyed homeland, and the others throw their lot in with her, becoming Heroes of Light with the crystals’ blessing. The party has instant, easy chemistry, though they aren’t as bombastic as some of their predecessors from the 3DS installments, like Ringabel and Edea “Mrgrgr” Lee.

This holds true for the rest of the game overall. There’s a more grounded, balanced tone, but it retains the charming spirit of its ancestors. Elvis is particularly entertaining, with his lighthearted attitude, quippy rapport, and thick Scottish mannerisms. The entire voice cast delivers great performances with a well-localized script, but players will be most familiar with the scholarly chatterbox by the end.

Bravely Default 2 lives up to the series’ reputation for narrative twists. At times you may think you know where the story is going, only to have the rug pulled out from under you as a hidden mastermind tips their hand. This approach especially worked well during the party’s time in Wiswald, a town overgrown with trees due to the Earth Crystal’s misappropriation, where the pursuit of a mysterious villain builds to a real emotional gut-punch.

Together our heroes navigate a rich world, blending the original Bravely aesthetic with the team’s experience developing Octopath Traveller. Each region has a distinctive feel, and the dungeons vary in atmosphere and construction to avoid stagnation. Much of the game feels like walking in a book of fairy tales, down to its whimsical character designs. Every important NPC has a memorable look, especially bosses, who hold Asterisks—special crystals that grant the characters their jobs. It’s hard to forget most of them after their first encounter, particularly the Bard and Shieldmaster, who looks like a man-sized castle.

This fairy tale aesthetic comes at a bit of a price, however. Painted backgrounds in towns can lose fidelity if you zoom in too far, and at times the Octopath Traveller-inspired visual effects can overwhelm, sometimes causing the briefest blurring or slowdown. It never holds the game back, however. The doll-like cast is capable of some real expression in heated moments, particularly in cutscenes where the game breaks free of its usual “characters talk in a detail-less void” standard and plays out major moments in the actual game space.

Rounding out the presentation is the score, composed by Revo of Linked Horizon, which explains the Attack on Titan-esque riff in the main battle theme. Its major motifs are excellent, like the main overworld theme which changes instrumentation as you travel between different regions. I could have used more unique dungeon themes, as they are often reused, but each tune helps set its scene well, like the high octane music for challenging monsters and boss battles.

Once bested, bosses yield their Asterisks, which form the crux of Bravely Default 2‘s character development system. Much like those classic Final Fantasy games, choosing which Asterisks—ie. Jobs or Classes—to develop for each character is critical.

Each character can level each job to a max level of 12, unlocking new abilities and techniques and improving their stats. Also, each can equip a sub-job, gaining access to its skillset but not gaining any experience toward it. The system takes a familiar setup from older Square Enix games and revitalizes it with new, unique spins on those tropes, much like its 3DS forefathers.

Once again, Team Asano’s deceptively nostalgic turn-based engine delivers a challenge. At first blush it seems like standard fare, save for two signature commands: Brave and Default. Brave lets a character take additional actions on one turn, “borrowing” those actions from future turns; you can unleash four actions at once, but that character will have to sit out for a few turns before they can act again. Or, they can Default, taking a defensive stance and banking their action for a future turn. This way they can turtle when a boss is telegraphing a big move and quickly regroup afterward.

While the first two games had the player decide which actions their entire party would take at once, then resolve them, Bravely Default 2 takes a more active approach. When it’s a character’s turn, they act once their decision is made instead. It’s a welcome change, granting more versatility. Enemies can also use these mechanics, giving battles an extra layer of strategy.

The game’s two demos were scrutinized for their difficulty levels, and the final product doesn’t hold back either. However the system is remarkably balanced. A guest NPC tags along with the party in the earliest stages; once they depart, there may be a slight adjustment period as players acclimatize to riding the bike without its training wheels. From that point on, the game is structured to help players develop accordingly.

With sufficient preparation, the party should level up enough through the game’s progression to be able to face each boss without obnoxious grinding. If all of an area’s enemies are running away from you, you’re in good shape to take on that boss, and this happened for me organically in most dungeons. I hit a couple roadblocks in boss fights, but was able to overcome them easily once I had adjusted to suit that boss’ strategy and weaknesses, and in one case, gained a level for each character before trying again. This gets easier as the Asterisk pool expands to readily include all of the various elements and weapon types. Scan each new enemy once and consult their weaknesses in battle to make the whole process even simpler. There are also some optional areas to explore, where the party can nab some treasure and train against fresh prey.

Ultimately, it walks the fine line between “difficult” and “obtuse” well. The game expects you to learn its systems and take advantage of them, and may punish you if you don’t. One wrong input can potentially spell disaster, as I learned in one instance where I healed the wrong person accidentally.

This balance extends to party development as well. I switched each character from the default Freelancer job to a dedicated Asterisk at the earliest opportunity, and almost always had a new Asterisk to switch them to by the time they mastered the first one, without wasting any precious Job Points.

In a lot of ways, Bravely Default 2 is a game that respects players’ time. Battle speed can be sped up on the fly, and visible encounters help you dodge fights if you just want to get to the nearest save point—or get the drop on the opposition. Leave the game open and put your Switch to sleep, and an exploration mode can run in the background, rewarding you with goodies like stat boosting items every twelve hours of idle time. Little touches in presentation modernize the experience as well, like autosaves, rich animations for monsters, or the subtle way the camera can pan around while waiting for an input.

At the end of the day, Bravely Default 2 is a classic JRPG with coats of new paint. It doesn’t necessarily push the cutting edge of the genre forward, but it does highlight that there’s still a lot of life left in an older form. Along the way it tells a compelling and charming story with a few curveballs and an equally robust battle experience. Fans of the original games, veterans of Final Fantasy and other Square Enix titles, and those looking for a deep fantasy narrative should all find a lot to enjoy in this hefty adventure.

For JRPG fans, Bravely Default 2 is a new twist on familiar comfort food. Subtle innovations make a proven recipe worth exploring all over again, and JRPG fans will find a lot to digest. 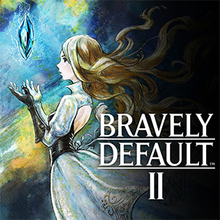