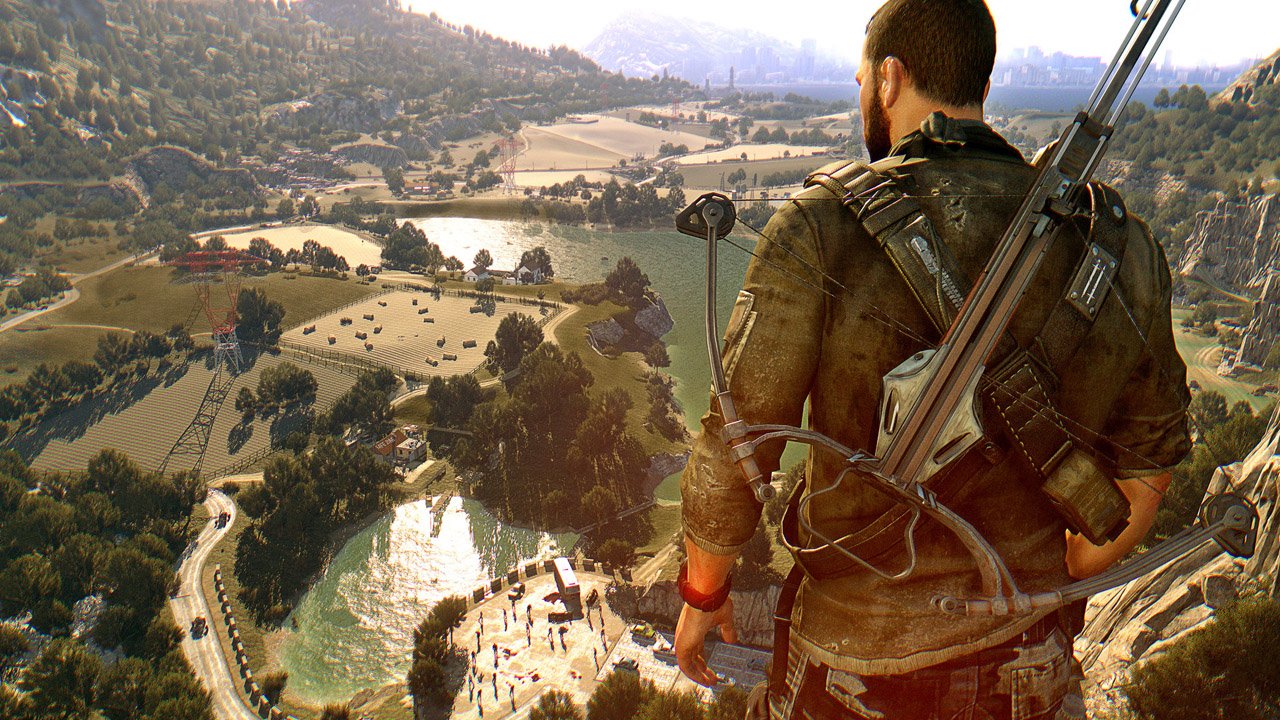 In this reviewer’s humble opinion, Dying Light is one of this console generation’s most underappreciated masterpieces.  Combining the vertigo-inducing, parkour platforming thrills of Mirror’s Edge, the constant threat of danger presented by Left 4 Dead 2’s “fast zombies” and the addictive loot-weapon upgrade mechanics popularized by the Borderlands franchise, Dying Light arguably redefined the first-person zombie game genre and successfully carried the torch passed to it by developer Techland’s own Dead Island games.  Toiling in the shadow of more popular early-2015 titles like Bloodborne and The Witcher 3: Wild Hunt, Techland shambled on, faithfully delivering on the content promised in their Dying Light Season Pass to the delight of their dedicated fans.  Then last July, on the six-month anniversary of the game’s release, Techland announced their most ambitious update yet, which would introduce vehicle mechanics and include a sizeable expansion to both the campaign and multiplayer aspects of the game.  Seven months later, this expansion has finally arrived in the form of Dying Light: The Following, which is available on its own, as part of the existing Season Pass or included in the new, repackaged Dying Light: The Following – Enhanced Edition, which comprises of the original game, The Following expansion and all previously released DLC.  While it’s obvious that the Enhanced Edition offers considerable value to anyone who has yet to play Dying Light, those who already own the base game and haven’t yet picked up the Season Pass (which recently rose $10 in price to $30 CAD) are likely wondering whether the $20 expansion is worth purchasing.   Well, the answer, fellow runner, is absolutely yes, and here’s why.

Dubbed the “untold chapter” of protagonist Kyle Crane’s struggle to save the human survivors that are still stranded in the quarantined City of Harran, the opening moments of The Following see Crane desperately chasing a new lead on a potential cure for the viral zombie outbreak, one that takes him beyond the city’s walls and into the surrounding countryside.  Naturally, this new change of venue immediately presents a whole new host of challenges for both our hero and the player.  Whereas the urban rooftops of the Harran Slums and Old Town provided relative safety from the zombie hordes for the parkour-adept Crane and his allies, The Following’s rolling fields, beaches and open roads teeming with the same dull-witted biters are another matter entirely, forcing players to find new ways to safely traverse the landscape in one piece.  With less opportunities to zip to safety using the grappling hook, fewer alleyways to lose their pursuers in and less obstacles to scramble on top of, players will have to make more use of stealth and silent kills when on foot, and fall back on oft-forgotten, under-appreciated survival skills such as “camouflage” (that sees Crane smearing the entrails of recently dispatched biters all over himself in order to move undetected among zombie herds) more than ever before.

Enter The Following’s most significant new addition to Crane’s arsenal:  The dune buggy.  Acquired after the completion of the first mission, the buggy will serve as the player’s main mode of transportation in the game as well as his or her most versatile brute-force weapon, as the vehicle’s ability to traverse various types of terrain at high speeds also makes it an effective means of smashing through wall after wall of the undead.  Instead of just adding a vehicle to the mix, Techland has wisely approached the inclusion of the buggy as if it were any other weapon in the game.  This means that by using found blueprints, the player can gradually upgrade his or her buggy into the ultimate, four-wheeled zombie killing machine.  Useful modifications of note include an electrified roll-cage for keeping unwanted volatile zombies from hitching a ride, UV headlights that burn volatiles’ skin and cause them to scamper out of your buggy’s path, and mines that can be dropped behind one’s vehicle to hinder fleet-footed zombies from pursuing.   That doesn’t mean the buggy is invincible, however. Just like any other weapon, key vehicle components (e.g. engine, brakes, suspension, etc.) wear down with use and will eventually become damaged.  Once broken, each component can only be repaired a limited number of times before they must be replaced altogether, otherwise the vehicle will become undriveable.  Of course, this dovetails perfectly into Dying Light’s existing ecosystem of looting, crafting and upgrading, as players can now scavenge abandoned vehicles for the salvage and fuel your buggy needs (yes, you also need to make sure there’s gas in the tank) in addition to whatever items might be hidden in their trunks.  Fittingly, Crane has a new “Driver” progression tier exclusive to The Following expansion where experience earned from buggy-related feats like stunts and zombie kills accumulate into skill points that can be spent to unlock relevant abilities, such as building the aforementioned buggy modifications or crafting higher grade components for one’s vehicle instead of having to purchase them from a merchant.

If the above enhancements aren’t enough to convince vanilla Dying Light owners that the Season Pass is worth picking up, then the sheer amount of things to do, ogle-worthy places to go and interesting people/creatures to meet and/or slaughter certainly will.  In addition to a new and compelling story involving a mysterious cult’s rise to power, The Following boasts twice the land area of Dying Light’s Slums and Old Town districts combined, and every bit of it, from its mountain ranges to its underground caverns, is gorgeously rendered.  More importantly, every nook and cranny is filled with valuable loot to find, mission givers to encounter and dangerous zombies to kill or outwit.  Human NPCs that Crane regularly interacts with now sport better voice acting, highly improved facial expressions, more realistic animations, and make more consistent and convincing eye contact with the player, resulting in cutscenes that are more intimate and engaging.  But perhaps the best part is how seamlessly The Following’s expansion content works with Dying Light’s pre-existing components, whether the player has already completed the base game or not.  Players can move freely back and forth between both campaigns simply by selecting either of them from the main menu (via the “Play Campaign” option), and can even retain loot, skill and weapon upgrades earned in either story across them both (including the new crossbow and submachine gun additions).  It’s recommended however that players build a character up to at least level 19 (and acquire the grappling hook, trust me) in the main campaign before taking on the expansion though.  Upgrades and mechanics specific to The Following, such as Dune Buggy upgrades and related skills will only be accessible in the expansion, but for seasoned players, a new “Legend Level” tier is available across both campaigns for those who have already maxed out most of their skill trees, as well as a new “Nightmare” difficulty mode.  Finally, all content pertaining to The Following, including the campaign, maps, weapons, upgrades, dune buggies and all, supports 4-player online co-op as well as an enhanced version of the game’s 1v 4 “Be The Zombie” invasion mode.

Considering all the content and re-playability that The Following offers, the only question that Standard Edition Dying Light owners need to ask themselves right now is why they haven’t purchased the expansion already.  This is especially true for Xbox One owners, who as of this writing can still purchase the Dying Light Season Pass digital code at its original price of $20 CAD from the Canadian Microsoft Store, which is a bargain for obvious reasons.  Whether obtained as part of the Enhanced Edition, the Season Pass or the Expansion Pack, The Following is a stellar, value-packed addition to Dying Light that not only extends and improves upon the solid experience that fans have come to expect, but also enriches the original product to definitive status.  A must buy.

But perhaps the best part is how seamlessly The Following’s expansion content works with Dying Light’s pre-existing components, whether the player has already completed the base game or not. 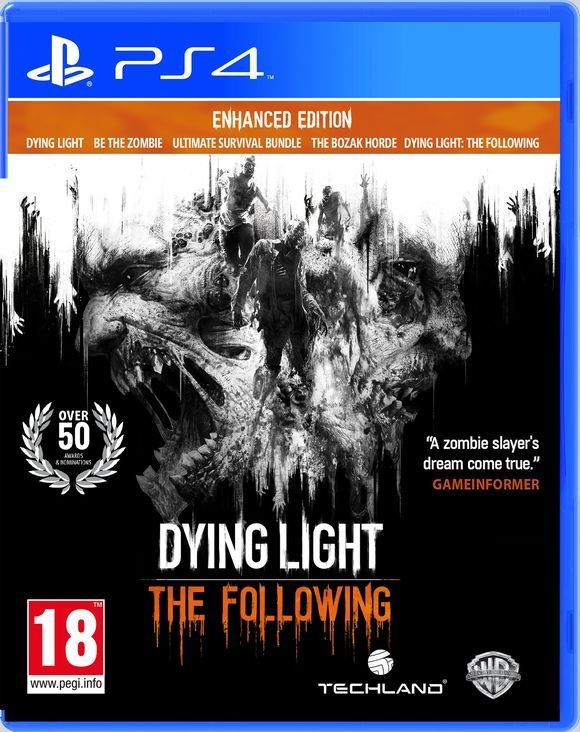