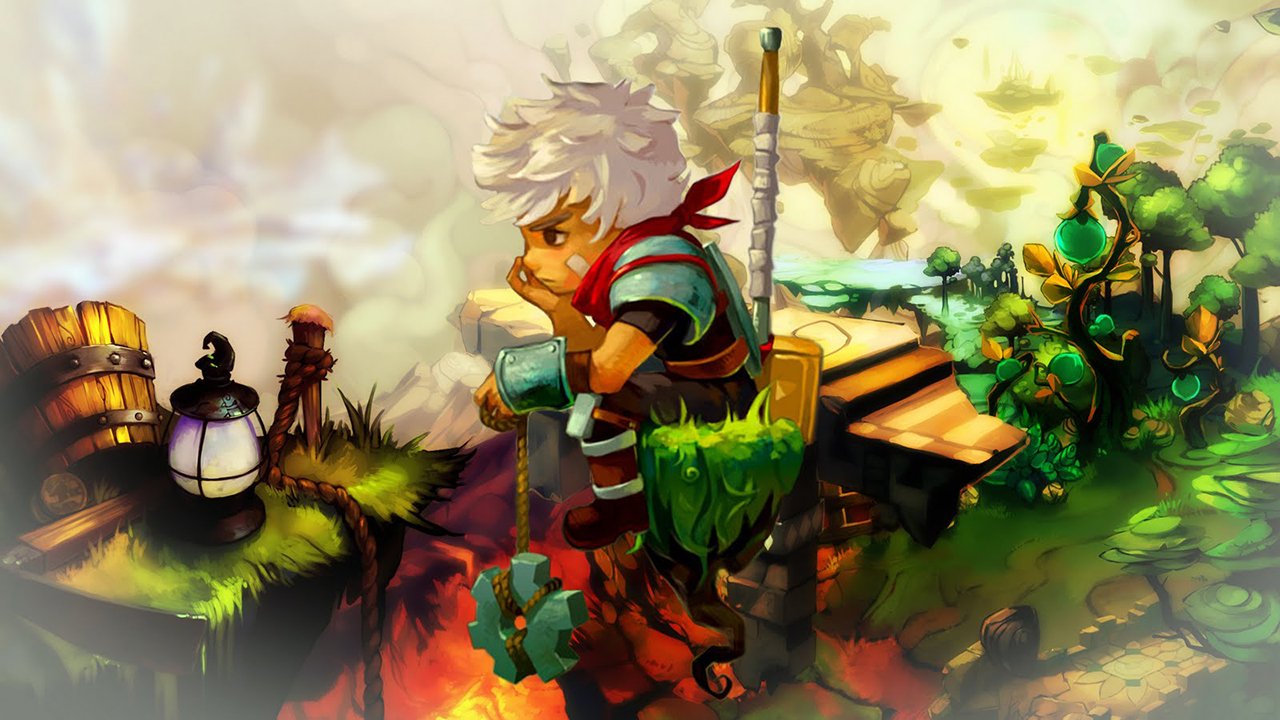 The Kid Is Back

Sony keeps playing catch up with some of the big indie hits Microsoft snapped away from them in the last generation. After scoring a coup with Supergiant Game’s Transistor as a console exclusive last year, Sony now belatedly releases Bastion, the 2011 award-winning action-RPG that showed off Supergiant Game’s love of voiced narrative. And it’s still just as good now as it was four years ago.

The kid finds his whole world literally torn to pieces, and it’s up to him—and a constant narrator—to survive this mess. And, it’s up to the player to patiently listen to the narrator’s observations to piece together the full story behind this world, how it worked, and why everything went to pieces. It’s a traditional, 2D isometric view action-RPG in the Diablo vein, and in the middle of all shooting, melee attacking, leveling up and growing more powerful with new tools and skills, players find themselves getting slowly wrapped up in a distinct story told in an original way. The narrator seems to have a comment for everything the Kid does or experiences, in real time, right down to when he takes damage or simply spends too much time running around a level not doing much of anything. For anyone that ever thought their life was a story that a narrator was regularly commenting on Bastion will feel right at home. For everyone else, it’s interesting—and occasionally a bit unsettling—how it feels like there’s someone watching you play, ready at a moment’s notice to say something about what you just experienced.

In essence though, this is the exact same award winning game that was released four years ago on the Xbox 360, PC, and various mobile platforms. It’s bizarre to see that, in 2015, you can now play it on a PS4 or a Vita, but you can’t play it on the Xbox One. Of course, considering most Microsoft console owners that would have played it probably did back in 2011, it’s not that surprising that Microsoft wouldn’t feel it worth the expense to port it over to their newest machine. The same goes for Xbox 360 owners that have migrated over to the Sony side in this latest generation, or multi-console owners; there’s nothing new to experience here if you played the game last generation.

However, for those people that only had the PS3 as their primary gaming device last generation, this is a welcome addition. It should come as no surprise that the graphics are crisp, clear, colourful and buttery smooth on the PS4, so while it’s certainly not the HD upgrade of something like The Last of Us Remastered, it’s not a significant downgrade like the Xenoblade migration to the 3DS. Aside from mandatory additions such as the ability to press the “Share” button for social media use, this port doesn’t take advantage of the touch-pad or the on-controller microphone in the same way Transistor did last year. It still controls great on a DualShock 4, but no one went the extra mile to find new ways to take advantage of the extra functionality available. The 2D, hand drawn art style is still vibrant and distinct, and while the game doesn’t do anything especially impressive for surround sound set ups, it’s got a great score, sounds very good on decent speakers, thanks to the care Darren Korb put into his compositions, which also won their fair share of awards for best music in a videogame.

If you’re looking for an action-RPG with a substantial story to fill the Diablo void in your life, then Bastion will be right up your alley. It plays well, has a striking aesthetic, and a unique story. There’s a reason this game won so many awards four years ago, now PlayStation-only owners can finally find out why.

For anyone that ever thought their life was a story that a narrator was regularly commenting on Bastion will feel right at home. 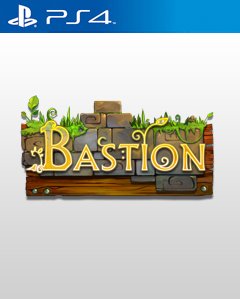