I was fully prepared to dislike Calling, the new Wii exclusive from Hudson Entertainment.  The Wii isn’t known for providing good horror and this particular title has been getting some less-than-favorable word of mouth. Even the producers didn’t seem to want me to play Calling, taking well over a month to get a copy to the office.  So you can imagine how surprised I was to find myself enjoying the game.  It’s far from perfect, but it’s an industrious title with great atmosphere and a lot of fun scares.

Calling understands the fundamental truth of good horror, recognizing that the threat of death is more frightening than death itself.  It’s possible to play through the entire game without ever seeing a game over screen and there’s never any real challenge for even moderately experienced gamers.

Calling still manages to be scary because it does a fantastic job of creating a tense horror atmosphere.  The levels are dark and creepy, while the minimalist soundtrack allows your imagination to wander to the worst.  Music only kicks in during cutscenes, so every footstep, door creak, and ringtone leaps out of the silence and heightens the sense of isolated dread. The first-person perspective further draws you into the action.  Ghosts speak to you through the Wii controller, and having one repeatedly call you with updates on her progress towards your location builds suspense leading up to the confrontation. It’s all highly immersive, and it convinces you to overlook most of the game’s many, many flaws.

Judged according to typical criteria, Calling is a bad game, as the gameplay is almost unforgivably weak. The very few puzzles are either easy or insipid and there’s no sense of accomplishment once the game is complete. It’s also relentlessly linear, which is problematic when faced with bizarre designer logic. You’ll follow single clues from point A to point B, but it’s often unclear what is a clue and what isn’t. Miss one and you’ll spend an hour searching the same room for an arbitrary piece of equipment while trying to figure out how the developer expects your brain to operate. There’s never any skill involved, meaning that the game somehow manages to be both incredibly frustrating and incredibly simplistic.

The bad design decisions make it too easy to disengage from the environment.  Since the scares are seldom more than sudden shocks, even a brief loss of interest can be a death knell.  Ghosts cease to be frightening once they’re expected and the gameplay isn’t nearly challenging enough to be interesting on its own. Many people will justifiably hate Calling. It’s completely dependent on immersion, so the game has nothing to offer if you’re unwilling or unable to enter into its world.

The fact that I walked away with a positive impression is a testament to the game’s ability to involve you in the experience. If you can set aside your disbelief, Calling delivers decent scares at a fairly regular clip, and that may ultimately be all that matters. Plot-wise, it’s a fairly typical Japanese horror romp. A series of deaths have been linked to a website known as the Black Page and you’ll take control of four different characters in order to solve the mystery. The action takes place in the Mnemonic Abyss, a ghost world with better cell coverage than Canada.  Phones allow you to travel between the game’s multiple locations and also provide the title.

Danger arrives in the form of malevolent ghosts that inhabit the various undead realms.  You’ll confront many of them while playing through the story, but there are a lot of seemingly random encounters that are just startling enough to keep you off-balance.  It feels as if there’s a malicious presence constantly lurking somewhere in the shadows.  When you do a quick 180 to discover a ghost mere inches from your face, you’ll discover that that’s pretty much the case.

Given the game’s other problems, it’s almost ironic that Calling doesn’t suffer for being on the Wii. The controls aren’t fluid, but they’re functional and they match the tone of the game.  These characters are regular people with regular capabilities, poorly equipped to handle anything that could kill them. There are very few situations that demand significant dexterity, meaning that unresponsive handling never breaks the game. The relative weakness and gradual pace make you feel more vulnerable and actually contribute to the tension.

Ghost battles are an unfortunate exception.  You wildly shake the controller in order to fend them off and it adds an unnecessary element of Wii silliness to the game. It feels like you’re trying to shake a persistent spider off your arm and it gets annoying once your wrist starts to get tired.

There are numerous other problems – the voice acting is awful, there are too many loading screens, one of the ghosts looks like the Stay Puft Marshmallow Man – but listing them all would be redundant.  Identifying design flaws in Calling is a bit like finding holes in Swiss cheese. In spite of everything, it’s an accessible horror game that delivers some entertaining chills that won’t keep you up past your bedtime. The twelve-hour story is a slightly inconsistent (especially when the credits roll half way through), but it’s enough to keep you interested and the interactive nature of the medium amplifies the experience. Calling is fun, but I’d wait to find it in a discount bin before taking a chance.

The twelve-hour story is a slightly inconsistent (especially when the credits roll half way through). 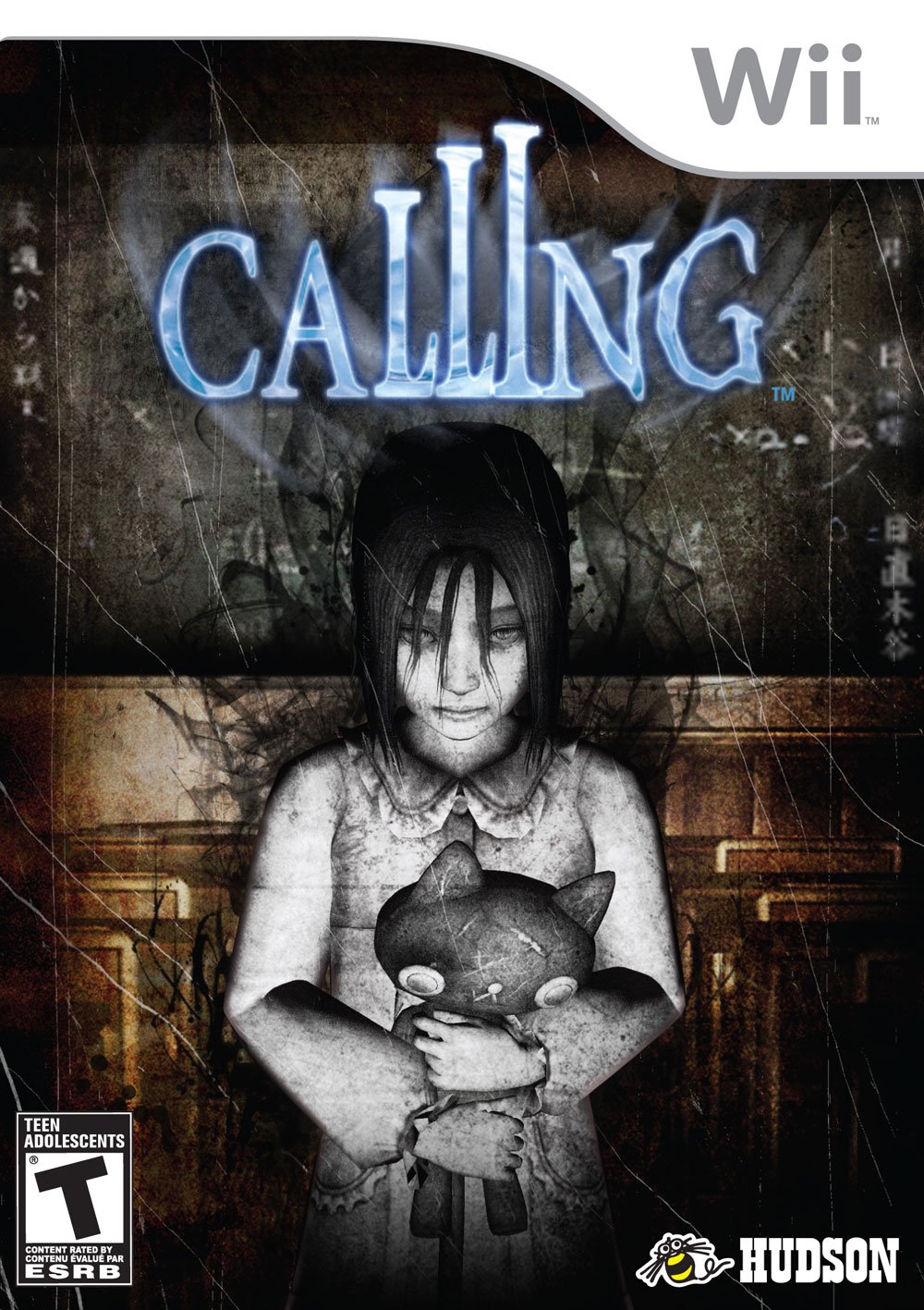