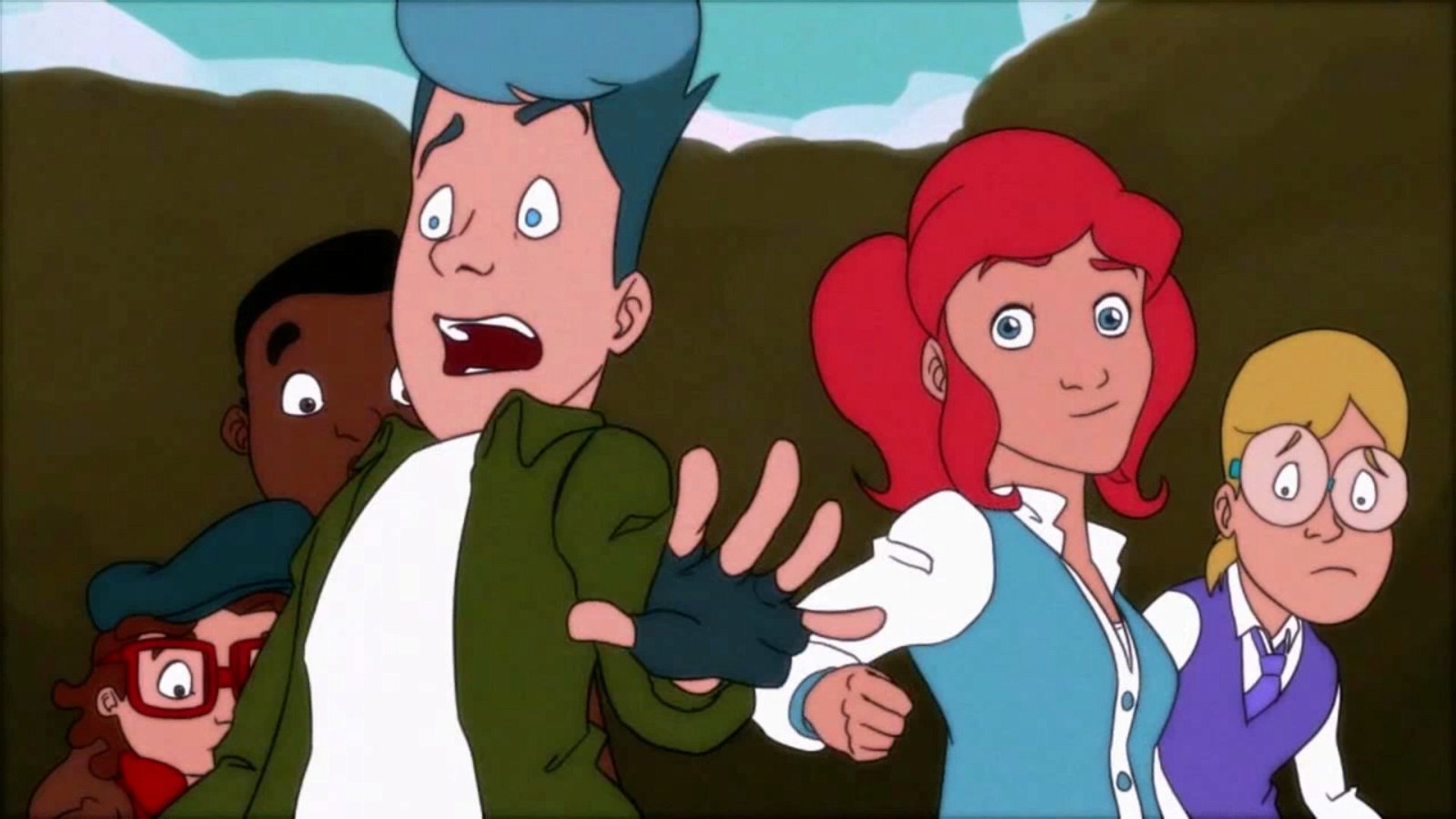 I can’t help but wonder if “80’s-stalgia” has begun to plateau in its popularity. While I often think I was born in the wrong time, and wish I could’ve spent my formative years witnessing the birth of the NES and the Golden-Age of gaming, I’m beginning to wonder if products like Stranger Things, IT, and maybe even as far back as Kung-Fury have ignited the “80s as a theme” popularity to the point of cynicism. I wonder this because of Crossing Souls, a wonderfully crafted—albeit flawed—story driven Beat ‘Em Up that is almost wholly “inspired” by the movies and cartoons of the 80s.

Crossing Souls tells the story of a group of friends who discover “The Duat,” a mysterious stone that drains the life of any who possess it for too long.  When the Data of the group, Matt, creates a device that allows them to tap into the Duat’s power, they find they can see the world of the spirits and are able to move within it. What follows is a whirlwind adventure involving life, death, government conspiracies and a plot to rule the world. It’s Stand By Me meets The Goonies meets a Saturday morning cartoon.

Gameplay is actually fairly similar to that of Hyper Light Drifter, but while more linear than that game, players explore each level from a top-down perspective that is somehow flat yet distinctly layered; fighting off wild animals and corrupted spirits. Players can control each of the friends, all of whom have their own unique abilities and playstyles. The leader of the group, Chris, has a trusty baseball bat and can knock back enemy projectiles. Matt has a laser gun and rocket shoes, Big Joe is the strongest, capable of dealing the most damage and also has the most health, and Charlie—who actually plays a little bit like the Drifter—uses a similar dash move and has a jumping rope that gives her a decent range for a melee character.

This distinction in characters does come into play in the platforming sections as well as the fact that certain characters are needed to get across certain gaps—Chris is the only character who can jump and climb things, Matt’s aforementioned rocket shoes allow him to glide short distances, Big Joe can push heavy objects, and Charlie can slingshot herself across large gaps. The game does an excellent job of making each character feel unique and each one is so charming and likeable that it’s hard to choose a favourite; further playing into the idea that each one is necessary for the adventure.

The last and most interesting gameplay mechanic does get a little into spoiler territory, so reader be warned. The final member of the group whom I have yet to mention is Chris’ little brother Kevin. When a sinister gang leader tries to steal the Duat and smashes its containment device, Kevin runs off with it—which inevitably kills him. After Matt rebuilds the device, the gang reunites with Kevin, now a ghost. This allows Kevin to move through solid doors, interact with certain spirits, and jump on phantasmal platforms (although he has no combat ability to speak of). This actually makes for a pretty interesting turn in the story and adds a nice layer to hopping in and out of the spirit world.

However, the gameplay isn’t perfect. Platforming can be a little tedious given the game’s perspective, and sometimes when you think you’re about to jump onto a platform, you end up landing behind it, or behind a pillar that appeared as a platform. Also, unlike Hyper Light Drifter—which perfectly blended melee with gunplay and precision dashing—Crossing Souls’ combat is a bit clunky and often more aggravating than fun.

For starters, enemies aren’t really affected by attacks, never being knocked back or stunned, so trying for combo attacks usually ends up in taking a hit. What’s worse is that there is a stamina meter that is drained with every attack and dodge, and while this kind of element adds a lot to a game like Dark Souls—where every fight is a precise blend of attacking, dodging and managing stamina—in a Beat ‘Em Up like this, it just makes things incredibly frustrating when you start a string of attacks and try to dodge an incoming attack from a second enemy only to get stunned from a lack of stamina and end up taking a hit from a third.

The stamina bar is also depleted by platforming, which makes sense for things like Matt’s hover ability or Chris’ climbing ability, but should have been reserved for the platforming alone since the meat of the game (the combat) is throttled by something that significantly limits your ability to move and fight.

Also, while the game encourages diversity in the characters, the limitation of the stamina meter really only makes Big Joe a worthwhile combatant, since he can fell most enemies in two or three hits. If you wanted to use a character like Charlie, who deals out less damage but theoretically can move quicker and hit farther, you’re definitely going to take a lot of hits.

My biggest problem with the game is definitely the era in which it is set. Crossing Souls leans way too heavily on 80’s references, almost to the point where it feels cynical. There’s a part where you’re on a bridge, outrunning a train. There’s a part where you’re in a Delorean. The world is littered with faux-references to movies and videogames to the point where you almost want to say, “We get it, it’s the 80s.” Unlike the first season of Stranger Things, which used 80’s movies and tropes as inspiration to create something original, Crossing Souls just throws out reference after reference as if to say, “Hey, 80’s stuff right? These were things from the 80s.”

However, these problems aside, the game does play very well, although I did notice some significant lag in some of the more populated areas. It has a beautiful 16-bit aesthetic that is filled with colour and detail and an awesome synth-pop soundtrack, not to mention some incredibly charming cartoon animated cutscenes. And while these cutscenes are devoid of any voice-work, and can be more reminiscent of janky flash animation than the cartoons of the 80s that inspired them, it’s hard not to be endeared to the amount of love and effort that went into making them.

That’s really the thing about Crossing Souls: it definitely has its flaws, however, I really can’t help but cherish the amount of love and heart that went into it. Its problems are more disappointing because you can see where a little tightening would’ve made for a better experience and probably would’ve warranted a higher score. But that aside, Crossing Souls is definitely a fantastic experience, and I would highly recommend playing it.

Crossing Souls is an excellent, albeit clunky, nostalgia trip.