Stranger Things and the Resurgence of the 1980s

Netflix’s Stranger Things, which has already been renewed for a second season, has taken the summer by storm and simultaneously brought back what was right with the 1980s. It was a decade that showed the brilliance of such filmmakers as Steven Spielberg, Robert Zemeckis, John Hughes, James Cameron, Richard Donner and John Carpenter to name but a few. It was also a time when videogames were not yet a mainstay in the lives of children and teenagers. Families might have had an Atari, ColecoVision or Intellivision, but these were not the staples of young people’s entertainment diets that they are today. That went to movies, cartoons and imagination. Multiplayer role-playing games like Dungeons & Dragons were the craze, and every boy had a BMX bike, or dreamed of owning one.

All of this was a breeding ground for audiences young and old to gobble up quality storytelling.

In recent memory, Hollywood has pillaged that great 1980’s material and created some less than satisfactory stories. There have been film remakes: Red Dawn, The Karate Kid, Conan the Barbarian, Clash of the Titans, Poltergeist, Total Recall, Robocop, Fright Night, Footloose, A Nightmare on Elm Street, and Friday the 13

. There have been film series reboots: Ghostbusters, Tron Legacy, and Vacation. There have been films made from popular TV shows: The A-Team, 21 Jump Street, The Equalizer, G.I. Joe, Transformers, Miami Vice, The Smurfs, and Teenage Mutant Ninja Turtles. And now a TV show is coming this fall from another 80’s blockbuster: Lethal Weapon. The list of 80’s properties optioned for future development is a seemingly endless pit.

Yet, aside from a few gems, these remakes never cut the mustard. However, with Stranger Things, dual creators the Duffer brothers have found a recipe that really works. It consists of a simple formula: don’t remake or reboot an existing story, pilfer all that was right with the 80s and rework it into an original story.

The Duffer Brothers’ inspirations are clear. Steven Spielberg classics such as E.T. and Poltergeist have a heavy influence. As do the writings of horror novelist Stephen King and movies such as Alien and The Goonies. The opening title sequence of Stranger Things is as if you’re watching a classic 80’s movie or TV show. The heavy synth tones sound very familiar (like something from The Terminator or Tron) and the lettering—the actual font used—is seemingly taken from the jacket cover of an early Stephen King novel. This kind of nostalgia really works for Stranger Things, and as the story plays out, the Duffer Brothers prove they don’t need to rely solely on it. They utilize what was great in 1980’s supernatural horror and science fiction. They pull away from giving audiences immediate action-filled gratification and give us the slow burn. Audiences are gradually pulled along a narrative in such a way that before you know it, you’re hooked and have to keep binging the show.

One of the best things about Stranger Things is that it came seemingly out of nowhere—quietly debuting on your Netflix account. There was very little marketing. But word of mouth moves fast nowadays with the internet. The impact of a series is immediate, and for Stranger Things, this Internet frenzy created a summer phenomenon. 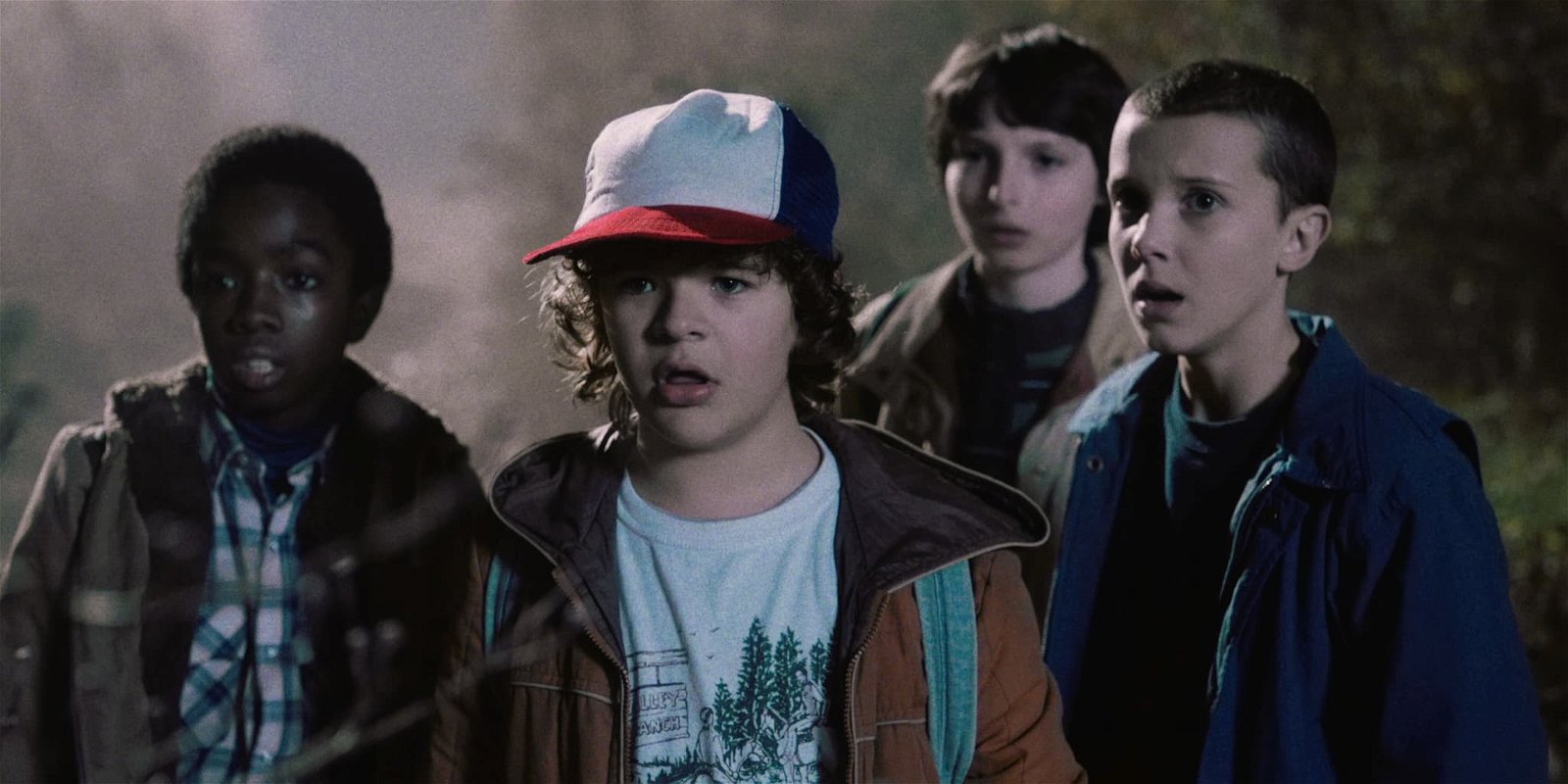 The big question is, will the success of Stranger Things popularize the 80’s supernatural horror genre once more? Will we get more sci-fi because of it? Will we see more quality TV shows or movies in the vane of E.T. or The Goonies, where the child actors are a major success of the storytelling, not painful annoyances like they are on The Disney Channel?

The answer is a resounding yes!

And it will happen because Hollywood is a copycat industry. When something is successful and proves it can attract a ton of viewers, duplication will follow. Case in point: Star Wars. After George Lucas’s space opera exploded on the scene in May of 1977, a litany of science fiction movies were made. Some were great: Alien, The Terminator, E.T., and Blade Runner. Most were fun but only mildly decent: Flash Gordon, The Running Man, The Adventures of Buckaroo Bonzai Across the 8

Dimension, The Last Starfighter, The Neverending Story and The Black Hole. Even TV got in on the action with Buck Rogers in the 25

Century and Battlestar Galactica. The point is, once something works and is a fresh take on an old story, like with Stranger Things, Hollywood just can’t help itself.

Duplications will be made until audiences are saturated and viewers stop watching. But to casual fans, it doesn’t matter. All it means is more of your favourite genre—in today’s case, more supernatural thrillers (preferably set in the 1980’s for this writer). I’m old enough to remember what it was like to be a kid back then.

The benefit of the duplication theory in Hollywood is that genres can be reintroduced to new audiences. It allows for the possibility of a plethora of movies and TV shows within said genre. Sure, there will be a great deal of average work that will come and go from movie theatres like passing traffic. But if there was no Star Wars, studios wouldn’t have been as enthused to finance genre gems from directors like Ridley Scott or James Cameron. It would be too big of a risk. History shows that once something is a hit, studios can’t help but double down and give us more.

For better or for worse.